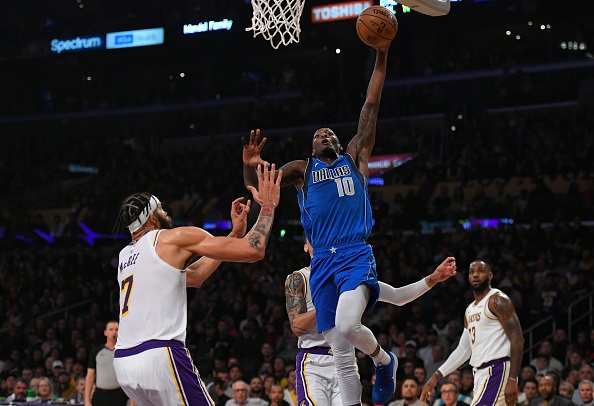 The NBA may be on vacation for the next few days, but we’re always preparing for battle and while everyone else is sleeping on their teams over the next few days, search your waiver wire for players whose team’s have been impacted by trades. Rotations are still open and now is the time to take advantage. Never take your foot off the gas pedal.

Jae Crowder F MIA-40% Ownership: Crowder was in the waiver wire article a few weeks ago but he was on a different team. Now, as a member of the Heat, he can benefit by grabbing minutes at Power Forward. Meyers Leonard has been banged up and the Heat don’t have a lot of PF depth because they traded away James Johnson . Crowder has scored 15 or more points in each game since joining the Heat. He’s grabbed eight or more boards in two of his last three games. He’ll get fed a lot from the arc until Tyler Herro comes back. Bam Adebayo needs the lane open so he can drive from the key and that will give Crowder another reason to camp out at the arc. He’s grabbed steals in his last three games and Crowder’s defense will keep him in the rotation. Even when Leonard is 100 percent again, Crowder should see a true rotation commitment and he’ll also see playing time at SF. He’ll compete for minutes against Andre Iguodala , Meyers Leonard and Derrick Jones Jr. 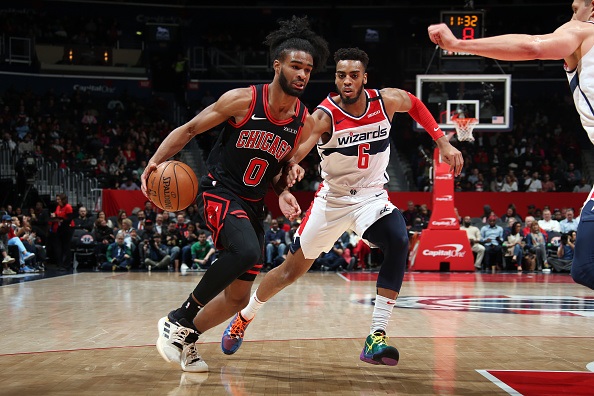 Coby White PG CHI-19% Ownership: We continue to look for options in Chicago because they still have players on the sidelines and Tomas Satoransky can’t fully be trusted and because Kris Dunn (when healthy) is seeing starts at Small Forward, White will be a regular part of the rotation for the rest of the season. He’s a good change of pace option off the bench and he has strong speed. He’s a good driver and if the Bulls give him more playing time, their offense will start to move quicker. White has scored in double figures and grabbed at least three boards in four of his last five games. White see’s over 24 minutes of playing time per game and his spot is safe. He’s been more helpful producing assists lately as he’s dished five or more dimes in three of his last four games. He can hit shots from long range, but as I said before, he’s a really strong driver and if the lane is a little bit open, he’ll drive before pulling up to shoot. He has hit the 30-minute mark in 2 of his last 3 games.

James Johnson F MIN-8% Ownership: Johnson has some sneaky value and a change of scenery is just what he needed because his relationship seemed to sour with Miami. Now as a member of the Timberwolves, Johnson is in a good spot because the Timberwolves don’t have much depth up front and Johnson’s main competition for minutes will be Juancho Hernangomez . Both have strong fantasy value for the rest of the way because there isn’t any other player that can help out at PF until Jake Layman comes back. Johnson will help in the post on defense and he has grabbed no fewer than five boards in his last two games. He played 28 or more minutes in both of those games. Johnson’s advantage over Hernangomez is that he can help run the point if needed as Jarrett Culver can’t be relied on as much. Johnson has contributed five dimes in two of his last three games. Expect him to be a regular part of the Timberwolves rotation moving forward.

Bruce Brown SG DET-13% Ownership: The Pistons made a few roster changes over the last few weeks and with Luke Kennard still hurt, Brown will continue to play heavy minutes and he’s been able to standout because he fights for rebounds in the paint while other Pistons wing players play more at the arc. He’s hit the 30-minute mark in 5 of his last 6 games and even though he can step back and hit three-pointers, his game is driving and working the elbow. He’s improved his mid-range game as the season has continued. Derrick Rose being back shouldn’t impact Brown’s minutes. Brown grabbed double-digit rebounds in his last two games and he’s even blocked shots and grabbed steals in three of his last five games. His intensity on defense will keep him in games longer and when Rose or Reggie Jackson are injured, he’ll be the primary Point Guard.

Ish Smith PG WSH-27% Ownership: When the Wizards traded Isaiah Thomas and brought back Shabazz Napier , Smith’s role on the roster looks uncertain, however, with Jordan McRae gone, Smith has new life and he should be able to log at least 25-27 minutes per game when all is said and done. Smith scored in double figures in three of his last six games and he’ll help out a bit more on the defensive side of the ball than Napier. He’s grabbed steals in his last five games and blocked shots in his last four. Smith and Napier don’t have any other competition for minutes at Point Guard and it’s not looking like we’ll see John Wall this season. Smith is more familiar with the Wizards offense and he has dished five or more assists in four of his last five games. He can hit long-range shots and don’t put it past him to drive the lane when it’s open. He’s even grabbed four or more boards in five of his last six games.

Damion Lee SG GSW-20% Ownership: After fighting for a guaranteed contract for most of the year, the departures of Glenn Robinson III and Alec Burks will benefit Lee moving forward. Even when Stephen Curry eventually returns, Lee will still see a good amount of Shooting Guard and Small Forward minutes. He’s hit double figures in scoring in four of his last six games and he’ll get fed a lot of shots from the arc. He won’t help as much on the assist front, but he’ll still help grab long boards and he’s grabbed 4.9 rebounds per game this season. He’s taken at least 10 shots in 5 of his last 6 games and he’ll be the second shooting and third scoring option behind Draymond Green . He’s played 30 minutes or more in 3 of his last 5 games. The Warriors have overhauled a lot of their roster and Lee will be in their rotation for the rest of the season.

Dorian Finney-Smith F DAL-21% Ownership: Even with Luka Doncic back in the lineup, Finney-Smith’s spot is safe and we should lock him in for 30 minutes in the majority of games for the rest of the season. The Mavericks don’t have a lot of good defensive weapons and Finney-Smith can help in the post and at the arc. He’ll help with more specialty stats and even though we can’t rely on him as much for scoring, he’s still scored 9.4 points per game this season. He’s mainly a bailout option if the defense stops Doncic or Kristaps Porzingis from getting in the lane. He’s grabbed five or more boards in five of his last six games. He’s even blocked shots in four of his last six games. He doesn’t have much competition for minutes as Maxi Kleber will mainly fill in at Center and Finney-Smith will get a lot of minutes at both forward spots.

Markieff Morris PF, C DET-10% Ownership: Morris is another player who will benefit from Andre Drummond being traded and the void to fill is gigantic and it will be up to Morris, Christian Wood , Thon Maker and John Henson to do so. Morris, now that he’s healthy, will find himself getting a ton of minutes moving forward. Since returning, Morris has scored in double figures in both of his games. He grabbed eight boards in his last game. Expect him to see playing time close to the 30’s and the All-Star Break benefits Morris because it allows overall recovery time as he’s been a bit ill. Morris will be expected to play the post a bit more moving forward. He’s hit three-pointers in his last two games and he’ll continue to get fed a bit at the arc, but expect his minutes and time with the ball to rise. His rebounding numbers should also improve over the next month.

Kyle Anderson SG, F MEM-17% Ownership: As much as I can’t stand Anderson because of how inconsistent and unhealthy he’s been, he’s in an advantageous spot until Justise Winslow is healthy and with Jae Crowder and Solomon Hill off the team, he’ll need to get on the court more and he can play multiple positions. He can bang in the post and play on the perimeter. He can even bring the ball up if needed. Anderson has grabbed nine boards in two of his last three games. He’s hit the 26-minute mark in his last 4 games. Anderson can hit long-range jumpers, but because of Jaren Jackson Jr’s foul issues and lack of Small Forward depth, Anderson will have to set up more in the post than at the arc. He has also grabbed steals in four of his last five games. Expect help with defensive stats for now, but know that his shooting numbers and scoring could go up if he can keep his rotation spot and stay healthy.

WILD CARD PICK UP: Avery Bradley G LAL-3% Ownership: The Lakers didn’t get that extra shooter that they desired at the trade deadline, so expect them to utilize Bradley more. Bradley is more of an intangibles contributor rather than fantasy option since he left Boston years ago, but his defense should keep him in games longer and he can even run the point if needed. Bradley has scored in double figures in six of his last seven games and he’s even logged 30 minutes or more in 2 of his last 3 games. He’ll mainly hit knock-down three-pointers, but for now, rely on him for steals as well. He’s grabbed steals in two of his last three games. He plays good defense on the perimeter and look to pick him up if you need the scoring boost and hopefully he has more four-rebound games and will continue to trend upward when it comes to grabbing steals. The Lakers can’t only depend on Danny Green and Bradley should be a bigger part of the offense as we get closer to the playoffs.