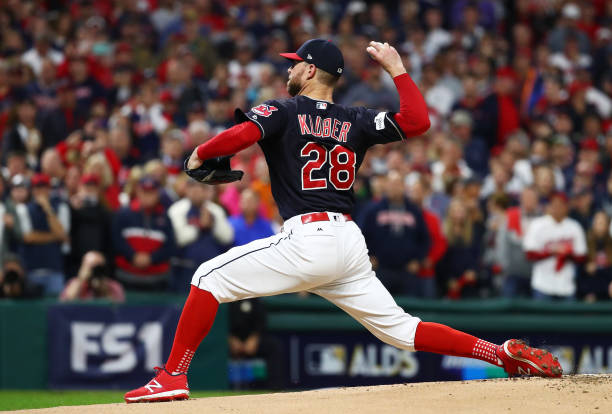 Ever hear of Occam’s Razor? It’s the understanding that sometimes the simplest answer to a question or problem is the right one. It’s very appropriate here when discussing swinging-strike ratios.

Your goal in fantasy is to have pitchers who give up the fewest runs and strike out the most batters, right? Therefore, a pitcher who misses a lot of bats is someone you want.

Your goal in fantasy is to have hitters who get hits, drive in runners and score runs themselves, right? Therefore, a hitter who makes a lot of contact, a guy who doesn’t swing and miss a ton, stands the best chance to do that and is someone you want on your team.

Easy, right? A pitcher with a high swinging-strike ratio is someone who misses a lot of bats and a hitter with a low swinging-strike ratio tends to make a whole lot of contact. Obviously, this is a bit of an oversimplification and we can probably find an exception to the rule here and there, but for the most part, this is the general rule of thumb.

So how is swinging-strike rate calculated? Just as easy:

Again, there are obvious exceptions to the rule. You hate to see Giancarlo Stanton ’s 14.5-perecent swinging-strike rate, but you’ll certainly take 40-plus bombs, right? Or how about Joey Gallo ’s 18.5-percent rate last year? Ironically, that’s actually down from 2017, but still atrocious. In this era, which is retro to the old Earl Weaver days in Baltimore, we’ll tolerate heavy strikeouts and low batting averages if it means we’re seeing 40-plus home runs. Some players, we can forgive the heavy whiffs and abundance of swing-and-misses. But you take a guy like Nicholas Castellanos who posted a 15.9-percent swinging-strike rate and you’re pushing the envelope a little. How comfortable are you with him maintaining his .298/.354/.500 slash line knowing that his missing that many pitches and that the number is increasing from year to year?

We get exceptions on the pitching front too, of course. Pitchers like Jake Arrieta  and José Quintana  both have swinging-strike rates below the nine-percent mark last season, but both also were effective against hitters for the most part. Even guys like Kyle Hendricks  and Kyle Freeland were under the league average. They may not miss a ton of bats, but they also induce a lot of weak contact. So just understand that, like any metric, it is something to be used as a guideline in conjunction with a world of other stats. You don’t want it standing out on its own, but combined with several other metrics, it provides you with some added insight and helps you make final decisions as to which players you want to draft.

To help steer you along, below are the best and worst swinging-strike rates of 2018.