Morton was credited with a win in a Grapefruit League victory over the Orioles on Tuesday, firing a scoreless first inning during which he issued one walk and recorded a strikeout.

The 36-year-old right-hander threw just 11 pitches overall, with the free pass he issued to Chris Davis his only hiccup. Morton ultimately threw one breaking pitch during the outing, a fact that Marc Topkin of the Tampa Bay Times reports left the veteran pitcher displeased but manager Kevin Cash wholly unconcerned. "He's got how many years in the big leagues - 12? We're not going to value whether he throws one breaking ball or 10 in his first spring training outing," Cash said. Morton will have a chance to diversify his repertoire in a likely start at some point this coming weekend. Feb 26 6:22 pm (EST) 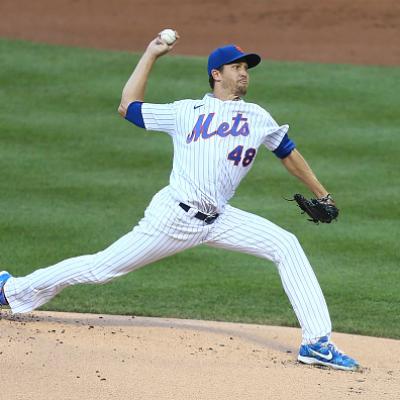 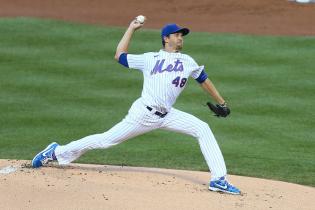 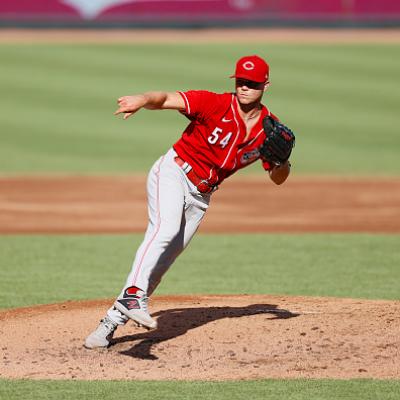 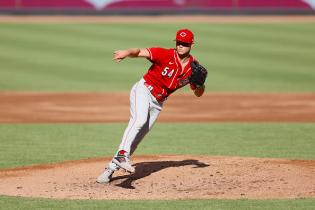 MLB Kiner-Falefa up to second in lineup on Saturday

MLB Meadows not in lineup for Saturday's first game

P. Strop - RP
CIN
Reds manager David Bell told reporters that Pedro Strop (groin) may need to be placed on the injured list.
Strop exited Friday's game against the Brewers with a groin injury, and Bell mentioned that the right-hander could be out an "extended period of time." It sounds more like it will be when not if for Strop to go on the injured list at this point.
Added 4:42 pm (EST)
Added 4:42 pm (EST)

R. Braun - 1B
MIL1
Ryan Braun (finger) will not come off the 10-day injured list on Sunday.
Brewers manager Craig Counsell told reporters that Braun has missed enough time that he needs to get some simulated at-bats in before he's ready to return. "We have to figure that out," Counsell said. Braun has been on the IL with an infected right index finger since the beginning of August.
Added 4:36 pm (EST)
Added 4:36 pm (EST)

W. Huang - RP
TEX
Rangers released RHP Wei-Chieh Huang.
Huang was re-signed by the Rangers after being non-tendered by the club in December. The right-hander posted a 3.18 ERA in just 5 2/3 innings in 2019 for the club. He's free to join another club, but is likely to see limited options over these final two months.
Added 4:18 pm (EST)
Added 4:18 pm (EST)

B. Nimmo - CF
NYM
Brandon Nimmo is out of the starting lineup for Saturday's game against the Marlins.
In Nimmo's place, Billy Hamilton is getting the start in centerfield. In 46 at-bats, Nimmo has gotten on-base at a .417 clip, but he's hitting just .217 with a .326 slugging percentage.
Added 4:04 pm (EST)
Added 4:04 pm (EST)

H. Harvey - RP
BAL
Orioles manager Brandon Hyde said he hopes to have Hunter Harvey (elbow) "at some point at the end of this month."
"I would say he's still more like 3 weeks away," Hyde told reporters Saturday. "He's still in his throwing progression. He's feeling great and it's going very well. I would hope that we get him at some point at the end of this month." Harvey still hasn't pitched this year after experiencing soreness in his right elbow prior to Opening Day, a common theme for the young right-hander since the O's made him a first-round draft pick back in 2013. He was expected to contend for the Orioles' closer job this year if healthy, but Cole Sulser seems to have a handle on that gig at the moment.
Added 4:02 pm (EST)
Added 4:02 pm (EST)

H. Harvey - RP
BAL
Orioles manager Brandon Hyde told reporters on Saturday that Hunter Harvey is about three weeks away from a return.
Harvey started throwing last week, but hasn't returned to throwing off the mound just yet. The right-hander has been on the injured list since before Opening Day due to soreness in his right elbow. Once healthy, he should get a chance to pitch in high-leverage situations, but it sounds like that might not happen until September.
Added 4:01 pm (EST)
Added 4:01 pm (EST)

A. Verdugo - RF
BOS1
Alex Verdugo is batting leadoff for Saturday's game against the Blue Jays.
Red Sox manager Ron Roenicke hinted that such a shakeup was possible after Verdugo blasted two homers in Friday's win, and it came to fruition a day later. Verdugo has the profile to be a great leadoff hitter, with on-base skills that go back to his days with the Dodgers and enough pop and speed to make things happen at the top of a lineup. With the move, Andrew Benintendi slides down to seventh in the lineup, a suboptimal spot for fantasy production.
Added 3:39 pm (EST)
Added 3:39 pm (EST)