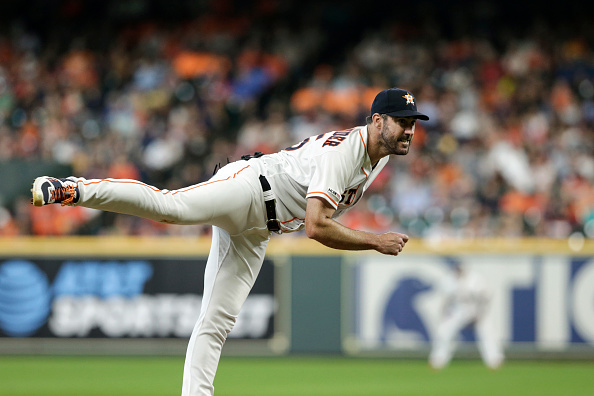 This week, the baseball season heads into the final two months, with August 1st showing up mid-week. Now is the time to make hay while the sun shines, so to speak, and rack up those pitching stats that will propel you into the fantasy post-season and potential league championships. There are nearly a dozen two-start options dwelling in the top-tier this scoring period, and a nice handful of middle group SPs to ponder utilizing in your rotations.

These 11 SPs are those that are suggested to be inserted into your lineups for both their starts, never mind the venue or the opponent. These hurlers give you the best opportunity to collect both counting and ratio stats that will positively impact your standing in your league. If you were fortunate enough to draft them in March or were blessed with the opportunity to add them via trade or the free-agent market, take full advantage of that windfall at this important juncture of the season.

Since the beginning of July, Teheran has been superb on the hill, compiling three quality starts (QS), and posting a 1.14 ERA and 0.89 WHIP through 23.2 innings pitched (IP). He has also demonstrated much-improved control over those four games while continuing to strike out more than an average share of opposing batters (8.2 K/9 over his 22 starts in 2019). The only blemish on his potential this week is his first start at Washington to open the scoring period, as his results at home have far outweighed his production on the road this season. 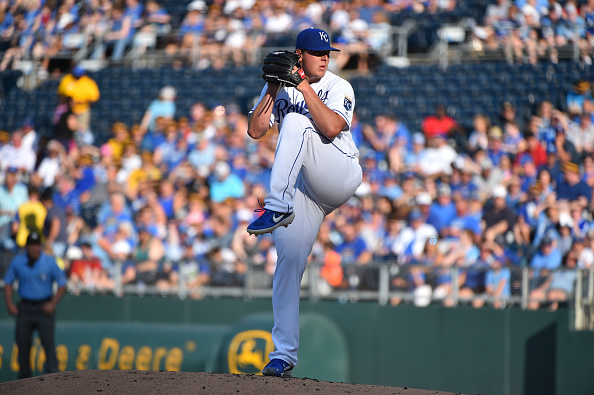 Keller is another who prefers home cooking, thus his second start on the road against the Twins is less appealing than the home game against the Blue Jays, even with top-tier resident Marcus Stroman as his mound opponent. He has also posted a stellar set of ratio stats in his four July starts to date: 1.33 ERA and 1.15 WHIP. He is a sub-par K producer, with just a 6.4 K/9 rate on the season, but as with Teheran, he also has been exhibiting better control of late.

Lopez has pitched four QS in his last five appearances toeing the rubber, lowering his ERA to a still ugly 5.52 on the season, but a far cry from the 6+ it has been most of the year. He is a good source of whiffs, with an acceptable 8.4 K/9 ratio through his 119.0 IP this season. It is a better matchup in his first game when the Pale Hose host the Mets than his late-week trip to Philadelphia if you only wish to use him in one of his two scheduled trips to the bump in Week Nineteen.

Valasquez is pitching from the home mound for both his Week Nineteen starts, but with only 66.1 IP on the season, home/road splits rely on too small a sample size to be entirely relevant to analyze what pitching in Citizens Bank Park means for his projected success (or lack thereof), except to note that the home run favoring confines do not bode well for an SP that has a HR/9 rate north of 2 per game (2.3 to be more precise). He does fill up the stat sheet with swings and misses (10.7 K/9 through his 22 appearances, 12 of those starts). The Giants are playing above .500 on the road, but the White Sox struggle when away from Guaranteed Rate Field on the south side of the Windy City, so the second start promises better things if you want to employ the 27-year-old righty in your fantasy rotation.

Stripling was pulled from his last start due to neck issues, so check to see how his weekend bullpen sessions fared for him before relying on the Dodgers’ 29-year-old righthander. His first start if he makes it to the hill is at Coors Field, not a great venue, although he has the Padres at home for the second start of the coming week. Assuming he can make both starts, the second is the one to target for fantasy goodness, and likely a K per inning from him. 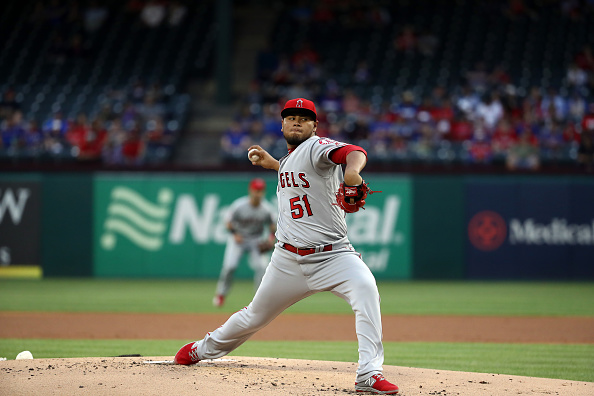 Barria bounced back nicely in his most recent start, holding the Dodgers to just a single earned run (on a homer from Justin Turner in the fourth inning). This after getting bombed by the Mariners to the tune of 10 earned runs in Seattle, an outing he probably wants to forget, certainly. He faces the woeful Tigers and the winless Jordan Zimmermann in his first start of the week at home but then has to head to bump in Cleveland on Sunday, a much more daunting task. The second-year right-hander has his moments, and against Detroit, figure him to have another.

Lamet is still recovering after Tommy John surgery and not pitching deep into games as of yet, tossing 18.0 IP over his four starts this season. He is striking batters out at a prodigious rate of 12.5 K/9, so there is certainly upside in using him for his two starts in Week Nineteen. Facing Baltimore at home to open the scoring period is appetizing, but then heading to Dodger Stadium for his second start is less inviting.

Beede saw an aberration in his last start, allowing three homers to the visiting Cub batters. Prior to that game, however, he had racked up three consecutive QS and had gone seven starts without allowing multiple round-trippers. Despite having a pair of starts, the fly in the ointment is that both are on the road, and he has been much more effective pitching in San Fran, so be wary of any great results should you plug him into your rotation.

Maeda continues to provide great K numbers (9.4 K/9 through 108.2 IP in 2019) and offers his owners a good ERA at 3.81 and a more attractive WHIP, sitting at 1.06 over his 21 appearances (20 starts). His first start this week, though, is at Coors Field, not exactly a peachy prospect, although the second trip to the hill is at home against the visiting Padres.

Leake just ekes into the middle-tier. He has been decidedly inconsistent this season and has to twirl his offerings on the road for both his Week Nineteen starts. In the plus column, three of his last four outings have been QS, and he does not allow extraneous baserunners via free passes often as demonstrated by his 1.3 BB/9 through 131.1 IP. He is much more of a desperation play this week, with his road starts, but his recent success is encouraging.

It is difficult to imagine that the top pair in this tier could have fallen so far from favor, but neither of these Red Sox pitchers are throwing well enough to be trusted at this point in the season. The balance of these arms are not worthy of your consideration, even with a pair of starts in their immediate futures, especially the final denizen, Mr. Zimmermann, who has been cursed this season but do not allow his blight to poison your fantasy efforts.