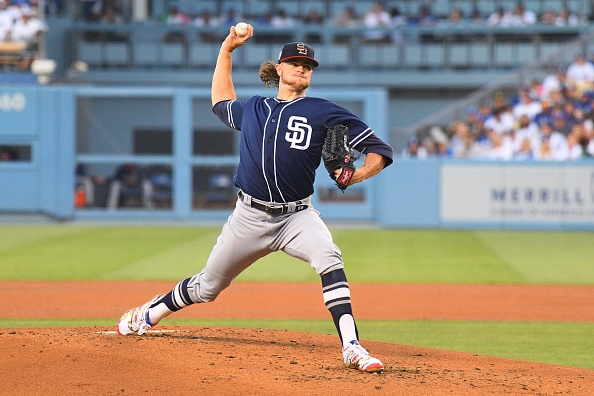 Winding up the last full week in July and, in a strange turn of events, there are more top-tier options for the coming week than middle-tier pitchers profiled in depth.  That is a function of a couple of SPs stepping up their games, in the form of Paddack and Gray of the Reds, although both of those hurlers were drafted with expectations of good to great results in 2019. It is always nice to see those draft-day hopes panning out.

These 11 starters should grace your lineups for both of their scheduled appearances on the bump in Week Eighteen of the 2019 season. Paddack is now pitching with dominance, control and command, as was anticipated when he joined the Padre starting staff back in March. He has a pair of great matchups this scoring period. Gray is pitching well enough to be considered the 1B of the Red rotation, with Luis Castillo atop that starting pitching staff. He has accumulated four consecutive quality starts (QS) heading into the week, although pitching for the Cincinnati team will hurt his chances to gather in the victories, if your league settings value wins.

Fiers tops the middle tier, and there was some sentiment to shift him to the upper realm. He has tossed 11 QS in his last 12 starts, and possesses an attractive set of ratio stats: 3.64 ERA and 1.13 WHIP through 121.0 innings pitched (IP). The knock on his status as a top-tier SP is the lack of missed bats (5.8 K/9 over his 21 starts to date). If you are getting Ks elsewhere from your pitchers, he is certainly worth trotting out there no matter the venue or opponent.

Chirinos suffered a tougher outing against the Yankees in his last start, yielding four earned runs (five total) over five innings, but prior to that had accrued a series of seven consecutive QS over 46.0 IP, with an ERA south of 3.00 and a WHIP under 1.00 (2.93 and 0.98 respectively). His upcoming matchups are decent, with the Yankees heading to St. Pete and Tropicana Field, and then the Blue Jays acting as hosts to wind up Week Eighteen. He is just an average whiff producer (7.8 K/9) but has good control (1.9 BB/9), so he is well worth trotting out in your lineup for both his starts.

Gibson has put up nine victories so far this season, and faces what on paper is the tougher test at home when the Twins play host to the Yankees to open the week. Gibson brings a pedestrian 4.02 ERA into Week Eighteen, but is striking out better than a hitter per inning through his 105.1 IP in 2019 (9.1 K/9 over 20 appearances, 19 starts).

Anderson does not pitch deep enough into games to provide QS value, but he does have five victories, being credited with the win in two of his last five outings. His strikeout rate is good (8.7 K/9 in 77.1 IP this season) but the limited innings hurts overall production in terms of a counting stat. His two trips to the bump in Week Eighteen are both at Miller Park, so there is that factor in his favor, as well, if you were looking for a starting pitcher who may be available in your league (rostered in just 7.1% of ESPN leagues and 15% of Yahoo leagues).

Miley would have been credited with his fourth consecutive QS, had he been able to record a pair of additional outs against the Angels, but he did pick up the victory in his most recent start. He opens the scoring period at home against the SP profiled to open this tier, Mr. Fiers, and then heads out on the road to St. Louis to face Dakota Hudson who is the subject of a profile a couple paragraphs down below, so the matchups are not overwhelmingly in his favor. He has been superb when pitching at home, however, so if you waffle on which start to use him, go for the Tuesday contest against Oakland. 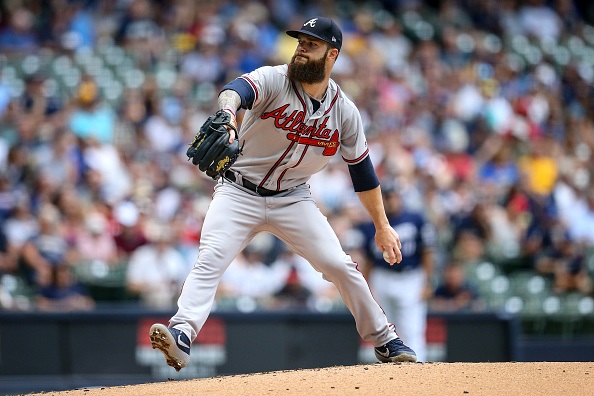 Keuchel’s last start was best described as a stumble, as he gave up four earned runs (five total) to the Brewers on the road, yielding two dingers during those 5.2 IP. He is a weak strikeout artist, with a sub-par 5.3 K/9 through six starts on the season (37.2 IP total), although his typical good control is still a weapon in his arsenal. He has a great matchup against the Royals to open his week on Tuesday, then a so-so contest against the Phillies in the City of Brotherly Love to wrap up Week Eighteen.

Hudson has been significantly more effective at home this season, so his opening game for the week at PNC Park in Pittsburgh is not a pushover event, especially with the hitter-friendly status of the Pirates home park. His home matchup is against the Astros, so things are not necessarily going to be incredibly better to wind up the scoring period. Hudson’s inflated WHIP (1.51) and FIP (5.14 vs 3.57 ERA) hint that while he has been mostly effective on the hill, some correction is on the horizon, likely in a negative direction.

Gray gets to escape the hitter-friendly confines of Coors Field for both his starts in the upcoming scoring period, but pitching on the road has not automatically been a panacea for the 27-year old righty. He does provide substantial strikeouts when toeing the rubber, with a 9.3 K/9 rate over 120.1 IP. The Rockies are basically a .500 team, and play worse on the road, so keep that in mind if you are considering plugging Gray in for one or both of his appearances this coming week.

Despite having one of the best names in baseball in 2019, Ponce de Leon winds up the middle tier and while having earned his passage to this group, is not necessarily someone to blow the balance of your player acquisition budget on at the end of July. His second start against Gerrit Cole and the Astros is surely not an ideal situation, although it is at home. More attractive is the early start against the Pirates and their rookie right-hander Agrazal (discussed briefly below) at PNC Park, should you want to explore using his services this week. 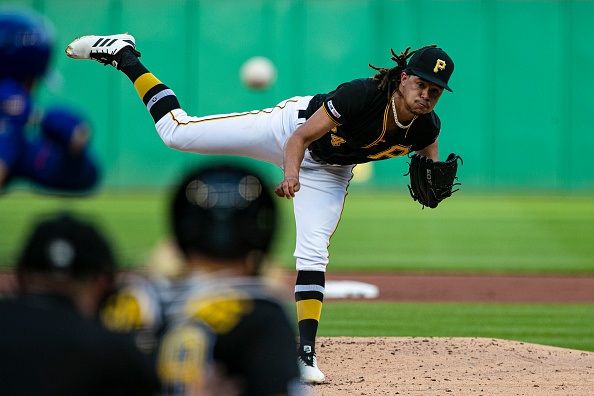 There are a handful of SPs residing in the bottom tier that have streaming possibilities despite their lack of overall attractiveness for both of their scheduled starts. If CC was not set up for a pair of road games, he would certainly be more useful as a starting option. Agrazal’s stat line is surely intriguing, but he has walked more than he has struck out, a definite red flag. Archer and Perez could be utilized in Week Eighteen for their early home starts, but are less worthy of consideration on the road in their second trips to the hill. The balance of these arms are best avoided if you want to continue your campaign to win your league.