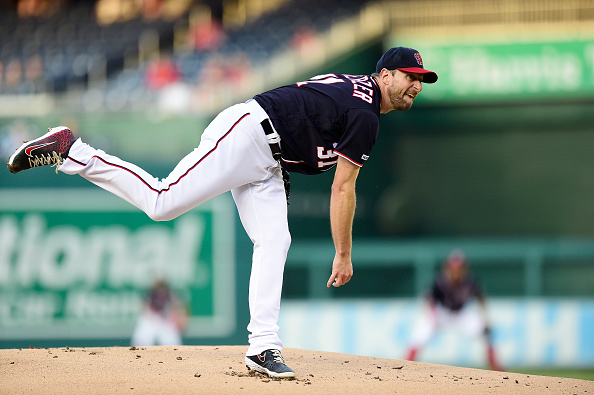 There is a huge slate of Two Start Pitchers to select from for your fantasy purposes heading into Week Seven. The top tier alone holds 14 superb options to rely upon for a pair of trips to toe the rubber this coming scoring period, and there are also a full 14 middle tier SPs discussed in more detail below. Even the bottom group is chock full of arms, although it is suggested that you avoid those pitchers, at least for both of their starts, but you may want to consider streaming one or three of them this coming week.

These 14 starting pitchers are those recommended to make both their starts if you are fortunate enough to own one or more on your fantasy team(s). This week’s games are finally beginning to offer significant value in terms of dual-start SPs. Do not be overly concerned about venue or opponent, just wind these guys up and let them go.

Smith does pitch for the Marlins, so that is a limitation on his recent superb efforts on the hill. He is 3-0 this season, and his ratios are excellent: 2.00 ERA and 0.83 WHIP through 36.0 innings pitched (IP) to date. He also has racked up 45 Ks over his six starts, as opposed to just 9 free passes handed out over that same stretch. Be advised that he has to ply his trade away from home for both his Week Seven starts, and he has always been better in Miami during his time in the big leagues.

Fried is another SP putting up superb ratio stats, posting an extremely useful 2.11 ERA and 0.99 WHIP in his 38.1 IP. The strikeout rate is not as desirable, sitting at an average 7.7 K/9, but as evidenced by his sub-one WHIP, he is stingy with the walks, having yielded just seven so far through his eight appearances (six starts). He is also living out of a hotel room for his two scheduled appearances this week but has not been overly affected by working on the road, going by his home/road splits since 2017. 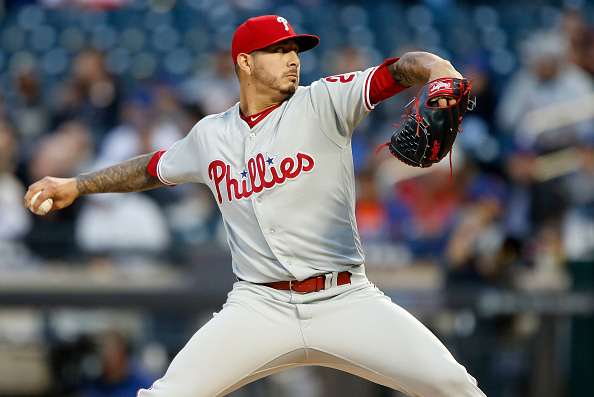 Velasquez did not look especially sharp in his last start against the Tigers, taking a loss after failing to get through four innings. To continue a trend, he has two road starts in Week Seven, but in his case, that is generally a good development if you were planning on using him in your fantasy rotation. He is striking out better than a hitter per inning but has been struggling with his control lately (9.9 K/9, 3.4 BB/9 over his 26.1 IP in 2019). His peripherals hint at some negative regression in the future, but the home/road splits offer some hope he will be useful for this week’s performances.

Mikolas has a couple of home games in Week Seven and has collected two quality starts (QS) out of his last three starts. He is a poor option if your league values strikeouts tremendously, posting just a 5.2 K/9 rate this season, although his control is good (2.0 BB/9 over 40.0 IP).

Gonzales accepted his first loss of the season, against five victories, when he lasted just 1.2 innings against the visiting Cubs offense. Despite the disastrous outing, he still has a better than decent 3.28 ERA on the season, although handing out three BBs while recording just five outs inflated his WHIP to 1.33. He has racked up five QS over his eight games in 2019, although he is away from T-Mobile Park for both his upcoming starts.

DeSclafini has been dealing lately, allowing just a single earned run over his last three outings, comprising 17.2 IP. Note that inning count, as the Reds are limiting his pitch count drastically this season, as he has accumulated just 31.0 IP over his six starts. He is racking up the Ks, however, with a 10.5 K/9 ratio thus far. Handing out numerous bases on balls limits his utility, though his wildness seems to fluctuate from start to start. He gets to face the light-hitting Giant offense twice in Week Seven, first at home then on the road.

Pomeranz is the opposing pitcher for both of DeSclafini’s starts this coming week, and the Reds are not exactly a powerhouse offense, either. A concern is Cincinnati’s propensity to put the ball over the wall, and the Giants’ southpaw SP is allowing 1.6 HR/9 this season. Pomeranz is a good source of Ks, with a 9.7 K/9 rate through his six starts, although his control is lacking.

Perez has put forth three QS over his last four appearances, all occurring at home in Minnesota. He gets the Blue Jays on the road, and then the Tigers drop by for a visit at the end of the scoring period. His lack of control has hurt his WHIP (1.40 through 34.1 IP), although the 3.41 ERA is useful for fantasy. He offers nothing more than average strikeout numbers with a ratio of 7.9 K/9, but does keep the ball in the park (0.5 HR/9).

Sabathia joined the 3,000 K club during his last game, a loss where he lasted 5.1 innings against the Diamondbacks at Chase Field in Phoenix. He gets Seattle at home to open Week Seven, but then the Yankees head south to Tampa Bay to wind up the scoring period. The veteran lefty sports useful ratio stats (2.66 ERA and 1.03 WHIP over 20.1 IP) and also offers a decent 16:6 K/BB ratio this season to date.

Chacin gathered a win in his last start, despite a season-long struggle with his control, as witnessed by an inflated 1.31 WHIP and ugly 5.24 ERA through 34.1 IP. Facing the Nationals at home in his first start of the week is a favorable matchup, but the trip to Wrigley Field to take on the Cubs is a start you might potentially want to avoid. 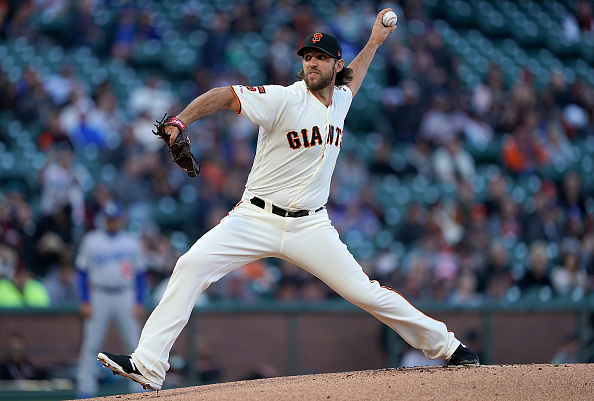 Bumgarner heads to Coors Field for his first Week Seven start, but things get easier to wind up the week with the Reds coming to San Fran for a game. MadBum has been effective at missing bats, racking up a nice 8.9 K/9 rate over his 43.2 IP in 2019, while demonstrating effective control with a 1.4 BB/9 over seven starts this season. He also has not yielded a dinger over his last three outings.

Kelly snapped up his third victory on the year despite lasting just 5.1 innings against the visiting Yankees. He has been effective despite featuring just mediocre strikeout potential (7.5 K/9 over six starts) and sub-par control (3.6 BB/9 through 35.0 IP). Opening the week on the road in Tampa is not ideal, but the second start of the week against Atlanta at home holds more promise for fantasy goodness.

Hudson has effectively strong in his most recent start in the nation’s capital, collecting his first QS of the season in limiting the host Nats to just two runs (one earned) on four hits over six complete innings. He also struck out seven, but unfortunately took the loss in that appearance. He does have two home starts this coming week, to bolster his value.

Norris has lasted exactly five innings in each of his last three trips to the hill and has pitched well in two of those three starts. He was roughed up by the White Sox in his last start in April. He has given up 28 hits over his 23.1 IP in 2019, and has an ugly 1.50 WHIP thus far, although the 3.47 ERA is not unattractive for an SP these days. Neither of his matchups screams avoid him, but he is at the bottom of this tier for a reason. He is better than any of those listed in the final group but is not exactly a stellar option despite the two start week.

As noted in the opening paragraph above, none of these 16 SPs are recommended for both of their starts. Alternatively, in the right matchup situation, you might want to consider streaming one of these hurlers or taking them off your bench in a deeper league. Stroman is likely pitching to audition his services for a new team in the near future, for instance, and using him (or Sanchez, for that matter) against the White Sox is not a terrible idea. McHugh also has some attractiveness against the Royals at home in his first trip to the bump this coming scoring period. The balance of these arms are not recommended unless you are extraordinarily desperate for some innings.