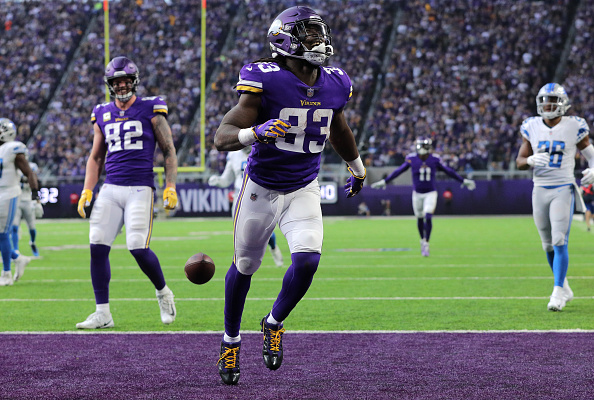 Two weeks of the Mock Draft Army have contributed to our first tabulation of the ADP. What are we seeing? Are there differences between the Army and some of the top sites used by the masses for their drafts?  Let’s take a dive and find out.

To no one’s surprise, the top four are the same. The Army has Ezekiel Elliott being drafted slightly ahead of Alvin Kamara as compared to RTSports, the NFFC, and the FFPC who have them reversed. With the latest news that Elliott is threatening to sit out the season, I don’t see him holding on to the third spot and will likely fall into Melvin Gordon territory. Gordon’s ADP is 14 in the MDA as compared to 12 in both the NFFC and FFPC. This is likely due to the recency of the MDA mocks as compared to all the drafts done on those sites before the preseason began and it became apparent that Gordon would hold out. I see both Elliott and Gordon falling into the late second and early third round if their holdouts continue late into August. In last night’s MDA mock, Mike from Long Island wouldn’t let Zeke fall past the 8th spot. I don’t see this as the nadir in drafts going forward. Expect a steeper drop.

I find the middle of the first round the most intriguing. Picks five-through-nine have varied in our mocks so far. With ADPs of 6, 6.4, and 6.5 we have Le’Veon Bell, D’Andre Hopkins and David Johnson as the next three off the board. They are followed by James Conner at 8.6 and Davante Adams at 10.6. It’s a crap shoot as to who goes at 5 and who eventually will go at 4 once Elliott drops down. It really depends on your league and risk tolerance. Last night, Bell took over the four spot with his selection by MDA regular Iceethru. Hopkins is the most likely to produce something consistent to what he has in the past as Bell and Johnson are wild cards with new systems in place for them. In TD dependent leagues, I’d be moving Adams up the board. He is Rodgers’ favorite target and can easily get to 12-15 TDs.

Travis Kelce has been the darling of drafts this offseason, especially early on when it looked like there would be a long suspension for Tyreek Hill . Bender was going to take him in the first round of his FSGA draft but was sniped. Since Hill has escaped the wrath of Goodell, Kelce has fallen into the second round and has a 14.6 ADP. In all formats his range is 12-16 except for the FFPC who’s scoring system has a 1.5 PPR for TEs. Kelce is the first player taken after the top four with an ADP of 6.86. Considering his ADP is almost seven but he has the 5th highest ADP shows that there is a great variance here and he’s not a lock at 5. If you want Kelce in the FFPC, picks five-through-eight are where you must draft him.

Who does the MDA like better than the trends on other sites? Less?

Is this all due to Bender?  Last night I took Cook at number 10. Why?  When I looked at the RBs that were left, he was my top choice and I didn’t think he’d make it to me in the second round at pick 2.03. I am bullish on Devante Adams and he would have been my choice here if I didn’t take Cook. Did it work?  I got both of them. Cook should be fully recovered from his ACL tear of two years ago. Combine his health with a renewed commitment to the run by the Vikings and Cook should produce RB1 numbers. I don’t see how he lasts until 17-20 on other sites especially with the Gordon holdout, Mixon OL questions, etc. 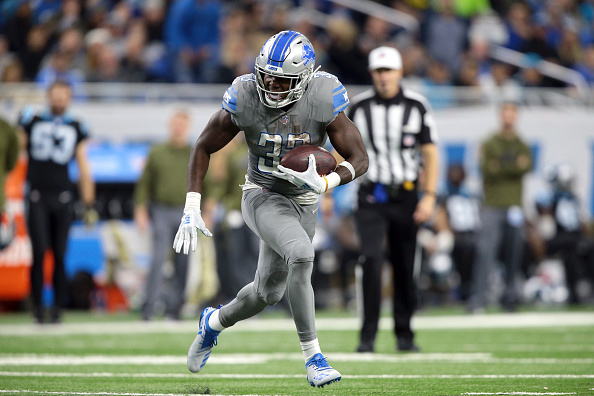 I combined these two backs as they have similar ADP profiles but in my opinion, this is where the similarities end. The Army has them both as mid-3rd round picks. They are late third to early fourth on other sites. A huge difference? Not really, but it shows that the Army’s preference is to load up on RBs earlier. The Lions are another team with a newly announced focus on the running game has Johnson’s expectations rising. His ADP is warranted as he should carry the load for the Lions. He is projected for 1266 rushing yards, 266 receiving yards and 10 TDs. With the release of Theo Riddick , Johnson also has upside with possible increased third down usage. Here I agree with the Army and expect an uptick in ADP on the other sites.

Jacobs is a darling of the MDA. His mid-third round ADP is a full round earlier than the other sites. He went the earliest I’ve seen him go last night at 24. Why? I’m not sure if the hype is warranted. I know I’ve written this before, but I’m sticking by it. Here’s a player who only had 250 carries over three years at Alabama. Compare this to 671 carries for Saquan Barkley at Penn State. We had something to go by there. He had 271 in 2016 alone. Last year the hype machine was all over Rashaad Penny and Royce Freeman but they had reasonable ADPs in the 70s. They were both disappointments. Jacobs has a lower MDA ADP than Marlon Mack , Leonard Fournette (well, maybe that’s not so bad), Aaron Jones , and Derrick Henry . He’s going after all of them on all the other sites. What is wrong with the Army? The General may have to gather the troops and order a retreat!

Miller is going as RB32 in the MDA. That’s an RB3 in 12 team leagues and RB4 in 10 teamers. Now that D’Onta Foreman is no longer a threat to his playing time, Miller is clearly the number one. I know many out there are not Miller fans (and I’m not talking beer here), but he’s a bargain at this ADP. If I have a chance to get him as my RB3 I’m jumping at it. I took him last night at 63 (6.03) and was razzed in the chat room. During the Texans eight game winning streak last year, he rushed for over 85 yards 5 times. Coincidence?  Bill O’brien will continue to use Miller to keep the defenses honest so Watson can hook up with Hopkins, Fuller and Coutee. If you’re drafting in the NFFC/FFPC/RTSports soon, expect him to go before that 77 ADP that was established before Foreman’s release.

Kupp has been an MDA riser. He is being drafted along with Cooks as the first Ram off the board at the WR position. This group shows that the Rams have a strong set of receivers, giving Jared Goff plenty of options. Kupp is returning from ACL surgery in November and appears to be ready in camp. We have seen it can take up to a full year to recover from this but with a return to camp, it appears he’ll be ready for the start of the season. Kupp was tearing it up before he got injured and the Army believes he’ll continue where he left off. If you want one of the Rams receiving corps, a fifth rounder will have to be spent. With Gurley’s status up in the air, they will be a good investment and you can’t go wrong with any of them.

An interesting contrast here with Davis and ARob. The Army likes Davis a full round better than other sites while they are a half round more pessimistic on Robinson. Davis has been the primary receiver in Tennessee and hasn’t met his expectations after being picked 5th overall in 2017. It is more difficult for receivers to break in after being drafted, and Davis has shown flashes of what he is capable of, but he has to be considered a slight disappointment so far. In the MDA he’s going ahead of Jarvis Landry , Alshon Jeffery , and Robbie Anderson in addition to Allen Robinson . Davis is someone who can pay off, but I lean towards the other sites who have him behind this group.

On the other hand the Army is missing out on a big year from Allen Robinson . His 7.01 ADP would be a welcoming present in a draft. With Mitch Trubisky’s continued maturation, Robinson is primed for a big year. Now two years out from his knee surgery, he has the chance to return to his All Pro form. I expect an increase in targets for him that will exceed his 94 from last year. He’s a huge target and his red zone targets were 3rd on the team behind Trey Burton and Tarik Cohen . He’s projected at 57/783/4. I am a little more bullish and believe he can approach 1000 yards if he gets his targets.

The ADPs for quarterbacks by the Army are in line with the industry except for QBs three-through-six where the army is a little more patient. Aaron Rodgers , Deshaun Watson , Baker Mayfield and Matt Ryan are all going a little later in our mocks by about a half round. After that, it’s pretty chalk. I’ve tried both approaches in the mocks with drafting an early QB and waiting on one. Most teams where I’ve waited have been projected to be better, but if any fall to a spot where you’re comfortable with taking them, then you should. With the depth at QB in leagues where you start only one, waiting is definitely an option. We had our first superflex draft last week and here the QBs went fast as they should with the option of starting two. I will be adding another superflex next week and then report on the Army’s progress on that front.

Remember ADP is just a guide. It’s not the bible to drafting. As you can see the rules in your league have a profound effect on the draft position of certain players as demonstrated by Kelce in the FFPC. When drafting on a website, their ADPs and rankings vary greatly. Make sure you are prepared and armed with Fantasy Alarm Cheatsheet and your own rankings to help you find bargains and avoid overpaying for players.