The Chiefs unsurprisingly found it challenging to hit on many downfield routes versus the 49ers' elite secondary, but the one time Hill got loose, it essentially changed the dynamic of the contest. Down 20-10 and facing a 3rd-and-15 at their own 35-yard line, Patrick Mahomes and Hill connected on a 44-yard bomb that placed the ball at the 49ers' 21-yard line. Four plays later, Mahomes hit Travis Kelce with a one-yard touchdown toss that began the comeback in earnest. The big play aside, Hill played more of a role in the short and intermediate passing game than customary, but it was enough for him to generate game-high reception and receiving yardage tallies. Hill is signed through the 2022 season, although it's worth noting he's scheduled to carry a cap hit of $17.6 million in 2020 under the current terms of his deal. Feb 02 11:07 pm (EST) 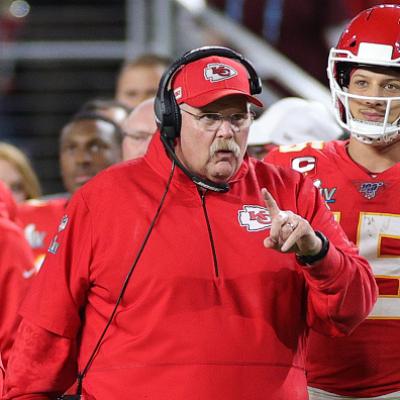 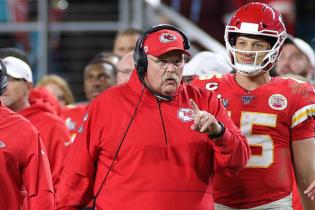 A. Kamara - RB
NO
Saints RB Alvin Kamara said he "tore his knee" in Week 6 and "was dealing with it the whole season."
The injury did not require surgery. Instead, the 25-year-old rehabbed throughout the offseason and claims to be "healthy" now. Kamara was knowingly playing through injury, avoiding a tackle every 7.3 touches from Week 10 on compared to every 3.1 touches prior to his leg injury, but this confirms he dealt with a high-ankle sprain, back issues, and a knee tear over the second half of the season. Assuming he's 100% for the regular season after foregoing surgery, Kamara remains a top-four overall pick in fantasy drafts.
Added 2:40 pm (EST)
Added 2:40 pm (EST)

M. Turner - WR
SEA
ESPN's Rob Demovksy reports the Packers are hosting free agent WR Malik Turner.
Teams can't bring in players for interviews without an agreement to sign them, so Turner will stick on Green Bay's roster for camp as long as he passes his physical and COVID-19 testing. Formerly with the Seahawks, the 24-year-old played 4% and 22% of Seattle's offensive snaps the past two seasons. He's totaled 17 catches for 265 yards and one score in his career.
Added 2:14 pm (EST)
Added 2:14 pm (EST)

D. Kilgo - DL
DET
NFL Network's Ian Rapoport reports the Patriots are hosting free agent NT Darius Kilgo with the intent to sign him.
The organization brought in TE Jordan Leggett and Kilgo for COVID-19 testing and physicals before agreeing with both to deals. The 28-year-old missed the entire 2019 season with a torn quad, most recently taking the field for 11 appearances the year prior with Tennessee. New England would be Kilgo's third team in his last three (healthy) seasons.
Added 1:46 pm (EST)
Added 1:46 pm (EST)

A. Okafor - DL
KC
Chiefs restructured DE Alex Okafor's contract.
Initially due $15.1 million over the next two seasons (and $7.9 million in 2020), Okafor's restructured deal includes a max of $4.96 million this upcoming year and allows him to walk as a free agent next March. He'll also receive $860,000 in per-game roster bonuses and another $2 million in incentives. A rotational player for the Chiefs, Okafor will continue to work behind Frank Clark in the team's season opener.
Added 1:29 pm (EST)
Added 1:29 pm (EST)