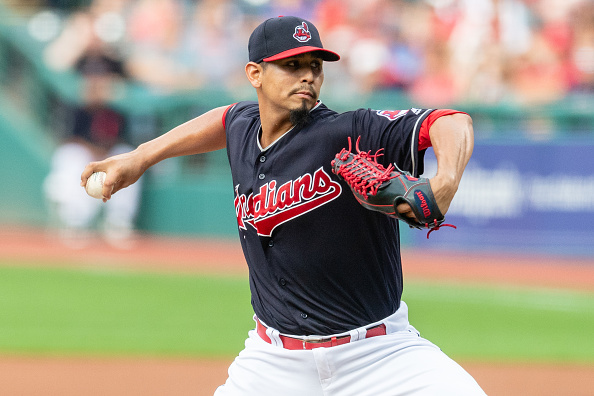 Due to the plethora of off-days this season, the weekly selection of two-start pitching candidates has been limited, and this coming scoring period only features 30 options to choose from. Fortunately, there are 11 SPs in each of the upper tiers to potentially choose among when setting your fantasy team’s rotation. Another plus this week is that the bottom tier only contains eight pitchers to absolutely avoid plugging into your lineups.

These are the top-tier starters that you should wind up and let go this week, as you should most weeks during the season. Strasburg did not exactly inspire confidence in his early work on return to action, but his resume speaks for itself. Buchholz has been superb when not pitching at Chase Field this season, so his two road starts are not a concern. While Ryu has to face off against Buchholz in his second start, he has the advantage of pitching at home, and his first matchup against the Rangers is certainly a favorable one.

Rodon may pitch for a sub-standard offense, but he has been a superior arm, twirling eight quality starts (QS) in his last nine trips to the bump. The two matchups keep him from joining the upper tier, having to face off against the class of the AL East, who also happen to own the top two victory totals in all of baseball. He is just a so-so strikeout producer (7.19 K/9 rate over his 13 starts this season), and needs to work on his control, having allowed 32 free passes in his limited 86.1 innings pitched (IP) this year (3.34 BB/9), further consigning him to the second tier of two-start pitchers in Week Twenty-One.

Speaking of QS, Nova has hurled three consecutive of those valuable items, holding opponents to just five earned runs over the past 18.2 innings he has pitched. A concern is that both his Week Twenty-One starts are on the road, where he has been, to be charitable, less than stellar this year. He needs to rely on his excellent control, as he does not miss many bats (1.77 BB/9 vs 6.24 K/9 over 137.0 IP). It is his recent performance that pushes him toward the top of the middle tier, but beware of those unfavorable matchups if you choose to employ his services. 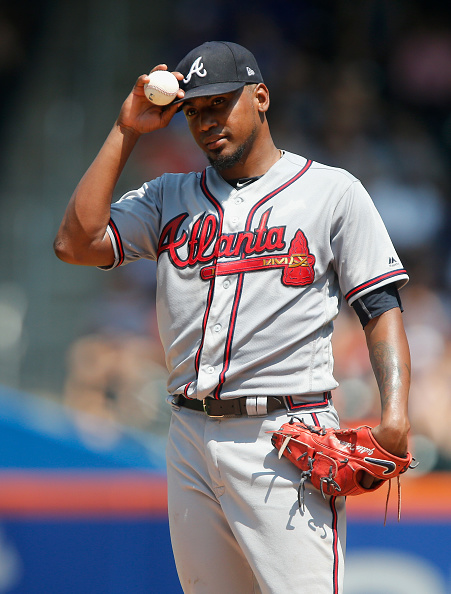 Teheran continues the QS thread, with his own three quality start streak going into the coming scoring period. His matchups are better than Nova’s, with both his appearances at home and against Nova’s underperforming Pirate teammates in his second start. Tampa Bay is no pushover but are a better opponent to take on away from the Trop. The 27-year old righty does rack up the Ks as evidenced by his 8.25 K/9 rate over 140.2 IP, but tends to walk opposing hitters and give up dingers, which limits his overall utility as a fantasy option.

Gray is one run and one out away from having tossed seven consecutive QS, to continue a theme in this middle tier. He does get to show his skills away from Coors Field for both his Week Twenty-One appearances, although he has not been notably better on the road than at home this season. He is an elite source of Ks, though (10.36 K/9 through 140.2 IP) and possesses good control (2.50 BB/9 during his 24 2018 starts to date), as well as an ability to generate more than his fair share of groundballs from opposing bats (1.83 GB/FB ratio). Taking on two sub-.500 clubs in the Angels and Padres is yet another plus if you want to insert him into your fantasy rotation.

Jackson’s advanced metrics were hinting at a negative regression in the cards for him prior to his last outing where the Rangers roughed him up to the extent of four earned runs over just 4.1 IP: 4.71 FIP, .238 BABIP and 81.3% strand rate. He has to face off against a pair of division rivals this upcoming week, heading to Houston and then facing the Mariners at home, a couple of potentially difficult matchups. On the positive side of the ledger, however, the A’s are in the race for the AL West title, so they will be geared up in Week Twenty-One. Still, there is significant risk in using Jackson in both of these appearances.

Gibson is coming off a poor showing in Chicago, after giving up seven hits (including three round trips) and four walks to the White Sox over 4.2 IP. The walks were not a surprise, as his 3.69 BB/9 rate over 158.2 IP this season demonstrates. He is still a fine source of Ks, though, with a 8.45 K/9 rate through 26 starts, and he gets to face the free-swinging (and frequently missing) Rangers in his second mound visit, but discretion would be advised when he takes on the Indians and Carlos Carrasco in Cleveland for his first trip to toe the rubber in Week Twenty-One.

Guerra has not been effective in either of his last two starts, allowing 14 runs over those outings, although to be fair, he was only charged with two earned runs in the most recent appearance against the Reds. He still sports a decent 3.72 ERA on the season, and is racking up strikeouts at a good rate (8.40 K/9 through 130.2 IP across 24 starts). He is on the road for both his starts this scoring period, and he has been significantly worse away from Miller Park, although you can expect him to work to rebound against the Reds in his first start of the week, and Washington is certainly a beatable opponent. Still, if you wanted to sit him on your bench after his recent struggles, nobody would fault your caution.

Gaviglio has a pair of attractive matchups lined up for Week Twenty-One, albeit both taking place away from his home environs. Both Baltimore and Miami are among the top half of the teams in terms of strikeout numbers, which plays into his 8.56 K/9 rate on the year. His struggles on the road push him down the list in the middle tier, but the opponents portend decent production for the 28-year old righthander.

Eflin pitches at home in both his scheduled games this coming week, although his home/road splits do not indicate a preference for home cooking by the Philly 24-year old righty. He is a good source of strikeouts with an 8.31 K/9 ratio through 100.2 IP. He also has good control, with a 2.15 BB/9 rate over his 18 starts to date. The matchups could be better, but he has the potential to provide solid results for those who are fortunate enough to have the choice to plug him into their rotations.

Cahill has been inconsistent over his eight starts since the beginning of June, alternating effective starts with appearances where he fails to last past the fifth inning. His ERA has been slowing rising during that period, although it still sits at an attractive 3.44 with a useful 1.09 WHIP, so the ratio stats are good still despite his up and down two and a half months. He generates a bunch of groundballs consistently with a awesome 2.35 GB/FB ratio over his 91.2 IP, and also keeps the ball in the yard with a stingy 0.59 HR/9 rate. Neither matchup this week is favorable, though, and that limits his value despite taking the ball twice as a starting pitcher.

Lynn seemed revitalized upon joining the Yankees, but now has stumbled in his last two outings, yielding five earned runs to both the visiting Blue Jays and the host Marlins. In his favor, he has a pair of good matchups against the White Sox and Tigers on tap. His control has been better of late, and he still collects strikeouts at a good rate (9.33 K/9 over his 128.1 IP in 2018 with Minnesota and New York), so there is some hope for a rebound this coming week, but do not be surprised if he continues to disappoint, either.

The list of SPs to avoid in Week Twenty-One is limited. Make no mistake, though, you want to avoid using any of these eight pitchers to fill out your fantasy lineups, or you risk damage to your ratio and counting stat totals as the fantasy year begins to wind down. Desperation makes fantasy players occasionally make poor decisions but none of these starters are worth the potential negative results.