Fantasy Baseball Daily Round Up: April 2 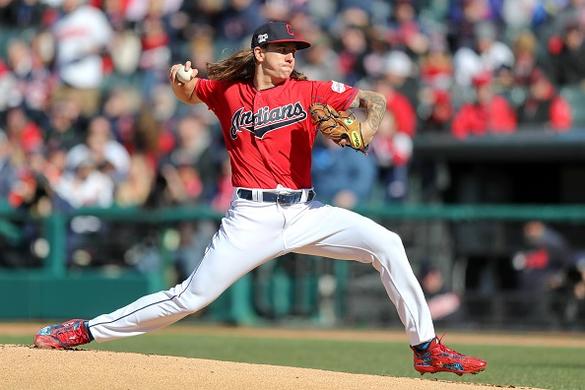 Chris Archer looked great in his 2019 season debut yesterday. He shutout the Cardinals over five innings and allowed just two hits while striking out eight. Archer had the worst year of his career last season and appears to be out on a mission to bounce back to his previous form this year. He left the game with a four run lead, but unfortunately for Archer and his fantasy owners, the Pirates bullpen was unable to hold that lead and he picked up a no-decision. If he can return to his 200+ strikeout form that he had from 2015-2017, he will be a steal at where he was drafted this year and who doesn’t love watching this guy pitch when he’s doing stuff like this:

Archer wasn’t the only pitcher who looked good yesterday and the top pitcher of the day would have been found in Cleveland.

Pete Alonso was off to a hot start, going 6-12 with three RBI in his first series in the bigs, but the young slugger was still searching for his first career home run. That ended last night when he drove a rocket to centerfield to give the Mets a 7-3 lead in the ninth inning. Alonso hits the ball extremely hard and is already looking like a steal in fantasy. His owners will love seeing this:

The first career home run for @Pete_Alonso20 was a BIG one. ???????? pic.twitter.com/dmErodDoLq

Alonso wasn’t the only rookie to bash out his first career home run, as Fernando Tatis Jr. joined him later in the evening. It was a two-run shot for the number two overall prospect. Unfortunately for the Padres they only scored a total of three runs and lost 10-3.

Christian Walker was a guy I was excited about when the Diamondbacks traded Goldschimdt to the Cardinals. It opened the door for Walker to get some playing time and even though he is still not an everyday role, he is taking full advantage of every bit of playing time he is getting. He started on Opening Day and delivered a 2-4 with a home run stat line. The next day he was used as a pinch hitter and he cracked a clutch game-tying three run home run in the seventh inning. Last night he finished 2-4 with a run scored and he is now hitting .545 (6-11) with two home runs on the young season.

Adam Jones had two hits last night, one of which left the yard for his third home run on the year. He is off to a hot start and has hit either leadoff or fourth in the Dbacks lineup every game this season. He is worth a look in fantasy.

Ketel Marte joined teammates Walker and Jones with a strong night of his own, finishing 3-5 with a RBI, three runs scored, and a stolen base. The young switch hitter now has two steals on the season and should offer fantasy owners a decent blend of power and speed this year.

Khris Davis swatted his fifth home run of the season in the A’s 7-0 victory over the Red Sox. He is well on his way to his fourth straight 40+ home run campaign and giving fantasy owners exactly what they hoped for.

Ronald Acuna smacked his first home run of the season for his only hit of the night. He is off to a bit of a slow start as he is 3-14 (.214) through four games, but it is only a matter of time until he heats up. 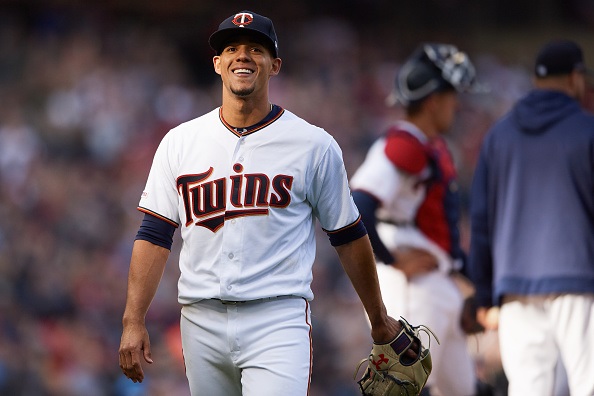 José Berríos was fantastic in his first start of the year and will have a good chance to keep the momentum going today as he takes on the Royals in Kansas City. This may just be his true breakout year.

Marcus Stroman will look to build off his strong Opening Day start. He had a rough year last year, but fired seven shutout innings in his first start and will have a good opportunity to keep it going today in a match-up with the Orioles. He is a nice streaming option.

Marco Gonzales is already seeking his third win of the season and will take on the Angels tonight. Will he pick up another win or will Mike Trout get the better of him and hit his first home run of the year?

B. Buxton - CF
MIN
Buxton (shoulder) has been given medical clearance to swing a bat and the Twins expect him to progress to hitting off a machine later this month, the Minneapolis Star Tribune reports.
For a full breakdown and detailed player analysis GO PRO and join the Fantasy Alarm Family! CLICK HERE to unlock your PRO package and take advantage of instant savings!
Added Yesterday 9:59 pm (EST)