Dan Malin is here to look around the Fantasy Baseball waiver wire to point out some names to consider including some players that are raking right now! 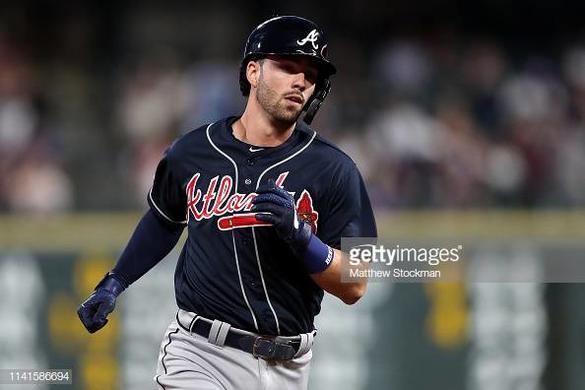 A.J. Minter (Relief Pitcher – Atlanta Braves) FAAB Bid: 25% - So I mentioned Minter either last Wednesday or in last Saturday’s piece and sure enough he logged his first save of the season Monday night in Colorado. It hasn’t been the sexiest start as he has a WHIP of 2.50, but that’s through two innings of work and keep in mind he’s coming back from injury. However, he’s still a guy that could rack up a ton of saves and it appears Atlanta is willing to put him in that position so if you’re in need of a closer or relief pitcher help, go grab Minter while you can. He’s just under 50% owned in Yahoo leagues, but you can expect that number to tick up in the coming days.

Ryan Brasier (Relief Pitcher – Boston Red Sox) FAAB Bid: 15% - It’s been a dreadful start to the 2019 season for the Boston Red Sox. They had their ring ceremony on Tuesday, and it went poorly. Chris Sale ’s velocity is way down, the offense has been a bit inconsistent, the whole starting rotation has been off, and the bullpen was presumed to be one of the weakest in baseball heading into the season. To be fair to Matt Barnes , he looked decent prior to Tuesday’s appearance in the ninth inning against Toronto. However, Barnes gave up his first earned run, and only recorded two outs while struggling with his command at times. Brasier, on the other hand, has gotten the last two save opportunities for Boston and while he doesn’t have the strikeout upside that Barnes may possess, Boston feels better about him in the ninth inning as of right now.

Pete Alonso (First Baseman – New York Mets) FAAB Bid: 25-30% - This absolutely blew my mind when I saw it. What are people thinking? He’s a top prospect that is raking right now and he’s currently just 73% owned on Yahoo and 65% owned on ESPN. He has three home runs and 11 RBI with a 1.256 OPS so far in this young season. This is a no-brainer. Pete Alonso needs to be widely owned in every league. My NL Rookie of the Year pick deserves better than this!

Carlos Rodón (Starting Pitcher – Chicago White Sox) FAAB Bid: 8-10% - Rodon looked decent in his first two starts and experienced some hiccups in his most recent start on Monday against the Rays who have come out of the gate hot. In 16 innings of work he has 24 strikeouts so that ought to catch your eye. Be aware he has allowed seven walks, five of which came in his last start. His 3.38 ERA looks better when compared to his 1.51 FIP and he’s yet to surrender a home run to an opposing hitter. His ability to pitch deep into games hasn’t been tested yet and it’s unclear how much of a leash the White Sox will get from him. But in a points league that rewards strikeouts with a point each, he needs to be owned.

Dansby Swanson (Shortstop – Atlanta Braves) FAAB Bid: 12-18% - He’s hot, Swanson is red hot right now. Swanson appeared in the waiver wire column within the past week and he’s still swinging a hot bat. Coming into Tuesday night’s game against the Rockies (in Coors) Swanson was slashing .333/.436/.733 with three home runs, a double, a triple, seven runs and a dozen RBI. That’s also not accounting for the three-run home run he launched in the fourth inning of Tuesday’s game. You may still be able to get him in 12-team leagues on Yahoo, but be warned his ownership is spiking. On ESPN he’s owned in less than 40% of leagues so you can grab him to replace Trea Turner for the time being and possibly use him long-term in any middle infield spots. 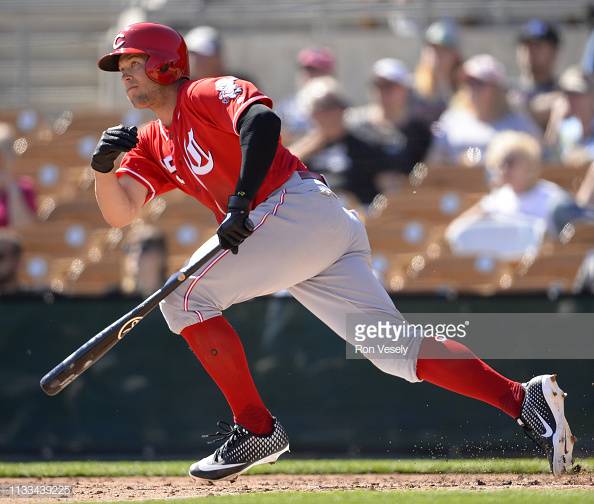 Nick Senzel (Third Baseman and Outfielder – Cincinnati Reds) FAAB Bid: 2-3% - I’ve included Senzel a little more in the waiver piece lately because I’m of the mindset that it’s wise to stash him if he’s available in any of your leagues. He’s one of the top prospects in all of baseball whose ownership has been dwindling since news broke that he injured his ankle towards the start of the Triple-A season. Well the good news is that he’s out of the walking boot and he should begin light running later this week and he could return to the minor league diamond within two weeks. I still say he’s got a chance to be up in May, but it’s not official. Grab him and stash him if you can.

Trevor Williams (Starting Pitcher – Pittsburgh Pirates) FAAB Bid: 8-10% - Trevor Williams is a very good pitcher for fantasy baseball. In points leagues he takes a hit because the strikeout upside is a little more limited. But in a categories lead, Williams should garner consideration because he’s a safe bet for a quality start. He’s gone six innings in both appearances this year and he’s allowed just one walk. He’s pretty good at keeping the ball in the park as well and people forget he had 14 wins last season. It’s pretty surprising he’s under 50% owned in both Yahoo and ESPN leagues so go pick him up if you need pitching depth.

Hunter Renfroe (Outfielder – San Diego Padres) FAAB Bid: 4-6% - Outfield depth is always available on waivers and while Renfroe might not be available in your 12-team league on ESPN, Renfroe is surprisingly under-owned in Yahoo leagues and he’s been regularly hitting fourth or fifth in San Diego’s lineup as of late. His value takes a hit in points leagues because he strikes out twice as much as he walks (currently), but he still has four home runs and three doubles in April so far.

Max Fried (Starting Pitcher, Relief Pitcher – Atlanta Braves) FAAB Bid: 5-8% - SR/RP Alert! SP/RP Alert! SP/RP Alert! Fried’s looked awesome so far in 2019. As of this writing, I might be jumping the gun but he’s pitching well in Coors! That’s the worst stadium to just throw a young pitcher blindly into the deep end. At his best Fried could average a strikeout per inning, but that success just hasn’t been there right now but he will come around. He’s going to get attention especially in points leagues because of the relief pitching eligibility. Later this week he’s in line for a second start at home against the Mets. He should be considered a solid option to close out this week.

Clint Frazier (Outfielder – New York Yankees) FAAB Bid: 3-5% - Frazier should be looked at in deeper leagues or leagues that deploy five outfielders. His ownership has spiked a little bit since his monstrous weekend and there is a clear path to playing time for Frazier. Giancarlo Stanton is hurt, Brett Gardner can’t hit, and it doesn’t look like Aaron Hicks is returning anytime soon. So Frazier should get a healthy dose of plate appearances. He clubbed a trio of home runs over the weekend with seven RBI. Currently, the strikeouts might be a concern, but this is a guy that needs to be on everybody’s radar.

Willy Adames (Second Baseman and Shortstop – Tampa Bay Rays) FAAB Bid: 1% - Admittedly, I dropped Adames in two leagues after the start he got off to. And yes, now I’m rushing back to reclaim what once was mine. As of this writing, over his last four games he has seven hits with six runs scored, but he’s still hitting towards the bottom of the lineup so there will be some rough outings from him. For now, he’s swinging a hot bat and if you lost Trea Turner in a deeper league or if you just need help filling a middle infield spot you can give Adames a look.

Daniel Vogelbach (First Baseman – Seattle Mariners) FAAB Bid: 5-6% - I was hesitant at first regarding Vogelbach because he was hitting eighth in the lineup. And if you’ve read this piece in recent weeks, you’ll know I don’t exactly favor guys hitting toward the bottom of the lineup, but we all hope that they get moved to a better spot. Vogelbach has hit in the five-hole his last two games and he’s still mashing. So far in April he’s slashing a ridiculous .611/.682/1.667 and he has five home runs and four doubles in that span. He’s absolutely raking, and it looks like the Mariners are willing to give him regular plate appearances in the short-term. If he can keep this up he could be a mainstay in this lineup, but let’s try not to get ahead of ourselves.