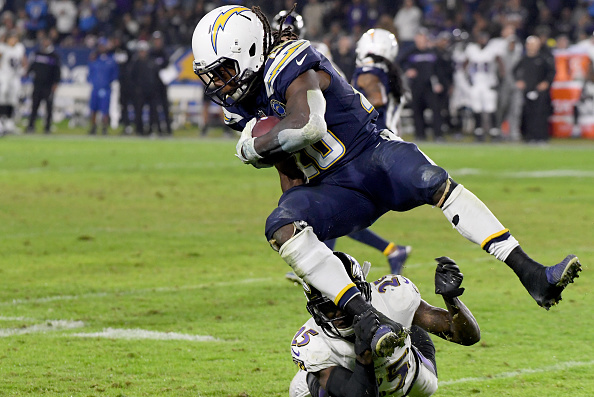 Each and every year we have guys picked out and pegged to be a fantasy star or a starter on a team that has a few guys that could potentially win the job. Each year as training camps for each team begin, we see different guys in the role we thought someone else would be in, which then begins to impact a players stock negatively or on the flipside, in a positive light. We’re going to take a look -- specifically at the running back position -- to guys this is happening to.

Austin Ekeler , LAC - It remains to be seen who will burden the load in the Chargers backfield if in fact Melvin Gordon sits out this year or is traded, but we do know that Austin Ekeler is the leader in the clubhouse. Justin Jackson seemingly has more upside, but we’ve seen more out of Ekeler at the NFL level and he’s produced extremely well. That said, if Ekeler wins the starting job will we see a repeat of last year’s version? He was really good at playing the Robin to Gordon’s Batman, but when he was Batman during his three starts last year, he underwhelmed. Twice he was held under 3.5 YPC and this is coming from a guy who averaged 5.2 for the entire season. That doesn’t mean we should avoid him, especially if he wins the job, but can he be as productive as Gordon was? That’s highly doubtful.

Justin Jackson , LAC - Who doesn’t want a piece of this pie right about now? Jackson is the tastiest apple pie you’ve ever had in your life and it is seemingly only getting better. As Melvin Gordon continues to hold out, the plot only thickens as he’s gone from wanting to get a deal done to stay in San Diego to wanting to be traded. We saw from last year’s Le’Veon Bell saga that it’s just impossible to trust guys that are holding out simply because we don’t know if they’re coming back, especially ones that are motivated by huuuuuge paydays, like Bell and Gordon were and are. Jackson has a tremendous college pedigree as his 5,440 yards is the 11th most of all time. Granted it came at Northwestern against lesser competition, but let’s not take that away from him. Jackson touched the ball 65 times last season between his rushing attempts and receptions and averaged over 5.2 yards per touch, so the big play capability is clearly present. He is clearly in a competition with Austin Ekeler , however, which is why we haven’t seen Jackson’s ADP spike up as much as it would have if he was the clear cut option.

Kalen Ballage , MIA - As training camp opened and everyone had Kenyan Drake penciled in as the starter in Miami, the Dolphins elected to go a different route as Ballage was the one who got the first crack with the first team. Ballage was selected in the fourth-round of last year’s draft and in college had a great track record of sniffing the end zone as he scored 29 touchdowns in 45 career games at Arizona State. If you want to make the argument that Drake is a better pass catcher, well, how true is that considering Ballage caught 44 passes during his junior year. Ballage is being drafted right around RB37 while Drake is in the mid-20’s, but if Ballage wins the job, the better value is obvious.

Lamar Miller , HOU - Although Houston is reportedly interested in Chargers RB Melvin Gordon , Miller is the clear-cut number one back on the roster as of today. To add to that fact, the team cut their 2017 third-round pick D’Onta Foreman, who people have thought to be the teams running back of the future while Miller’s just the stopgap for that transition to take place. Something we also shouldn’t forget is that the team let Alfred Blue walk in free agency, a guy who’s carried the rock 100-plus times four times in five seasons with the Texans. Over the last five seasons, Lamar Miller has played 14-plus games, has rushed for 872-plus yards and has eclipsed 1,100 yards from scrimmage each year. How much more consistent can you be? He’s not a touchdown machine or someone that is going to contend for the league lead in rushing yards, but he’s a do-it-all back who is a strong RB2/Flex option that couldn’t have his stock higher than it is right now. 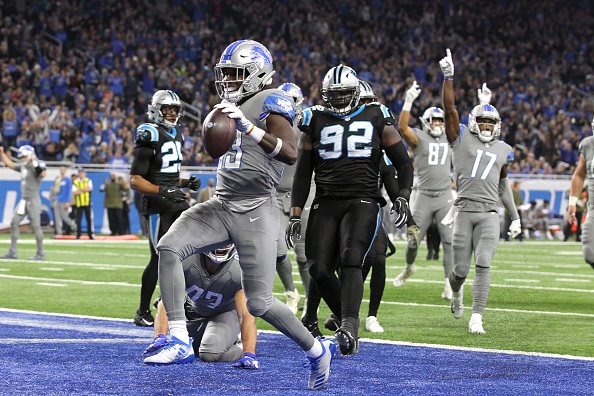 Kerryon Johnson , DET - Just a week or so ago, the Lions went ahead and let Theo Riddick go, paving the way for Johnson to be THE guy. Sure they signed C.J. Anderson , but Johnson is the far better pass catcher and was the guy they selected in the second-round of the 2018 draft. Johnson showed a ton of promise as a runner averaging 5.4 YPC and as a pass catcher coming away with 32-of-39 passes thrown his way. We’ve seen his stock just since the release of Riddick spike all the way up to RB10 on some experts boards, which is seemingly a fair assessment when considering everything.

Devin Singletary , BUF - How many people actually believe that LeSean McCoy and Frank Gore will be able to shoulder the load for another season? McCoy had a career worst 3.2 YPC last season which was 0.8 lower than his previous low…set in ‘17. Gore is entering his 15th season and the Bills are not going to compete and they’re likely going to develop their young guys before using Gore as their primary back for an entire campaign. Singletary knows how to find his way across the goal line. Whether he opens the season as the starter or not, he could steal a LOT of the goal line work and touchdowns. Buffalo has been impressed with what he’s shown this offseason and he could potentially win the job outright as camp progresses.

Todd Gurley , LAR - What can we sit here and say we honestly like about Todd Gurley right now other than what he was able to accomplish last season? Not much. We saw how much his knee impacted his playoff run and things seemingly haven’t gotten much better. The Rams went into this offseason and drafted a running back in the fourth-round in Darrell Henderson that is already flashing big play potential in practice, just like he did at Memphis. Let’s not forget that WR Cooper Kupp is returning from injury. Why is that significant and what does it have to do with Gurley? Well, the more weapons Jared Goff has the more LA will likely air it out and keep Gurley’s knee as healthy as they can as they avoid constant punishment.

Melvin Gordon , LAC - It’s pretty Le’Veon Bell 2.0 at this point, isn’t it? The only question is will Gordon hold out for as long Bell did and will he also make a mixtape while he sits by his phone, hoping for a positive call from his agent? The latter part is doubtful, but considering he started as a consensus first-round pick prior to the holdout and now he’s stooped all the way to RB20 or worse says a lot about how people are approaching this situation. 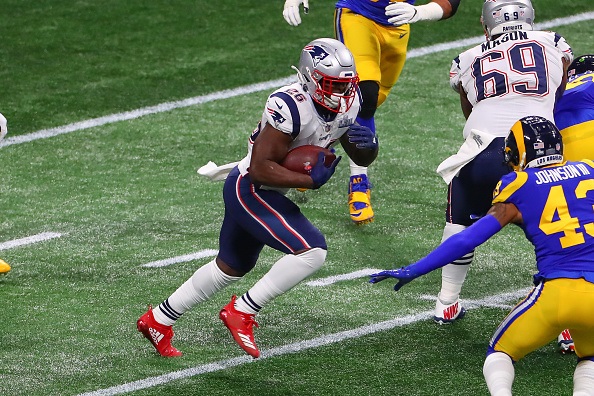 Sony Michel , NE - It was a helluva rookie campaign for Michel last year. One that would make you think the Pats found their running back of the future. Then the draft comes and the New England brass selects Damien Harris out of Alabama in the third-round. Not only did they take Harris, but both James White and Rex Burkhead are both still in town as well. On top of all of that, we have to question how long Michel’s knees will hold up in the NFL. Dating back to high school, he’s had an ACL tear, a problem in college and now had surgery -- minor surgery at that -- this offseason to clean something loose up.

Kenyan Drake , MIA - After a disappointing season for Kenyan Drake last season, the Dolphins and head coach Adam Gase split, which lit a smile under the Drake believers faces because Gase is notorious for using his running backs less than most other offensive minded coaches. But, as the 2019 training camp began for the Dolphins, it was Kalen Ballage that was taking the first-team reps in practice, not Drake. Maybe there’s a reason as to why we enter the fourth season of Drake’s career and he’s only started 14-of-48 games and is used more as a pass catcher than anything else. It’s a situation that needs to be monitored for sure, but we should be concerned for people taking Drake in anything other than PPR league’s right now.

LeSean McCoy , BUF - Since Singletary was seen in the risers category, you had to expect McCoy would be on the opposite end of the spectrum. Sure he’s the “starter” as of today, but decreased production and now a year older doesn’t sound like a recipe for success. With Devin Singlatary potentially taking goal line carries, Frank Gore also there to give McCoy a breather, how can we say confidently that McCoy is even going to see 200 carries? His stock is down and it is seemingly only dropping as training camp progresses.