Frank Gore rushed 15 times for 61 yards and a touchdown in the Jets' Week 11 loss to the Chargers, adding two receptions for 10 additional yards.

Lamical Perine mixed in for 8/33/1 on the ground, but as was the case before the Jets' Week 10 bye, Gore came out of the break as the 1A. Now 0-10, the Jets seemingly do not want to put too much on Perine's plate. A winless team "fighting" for the No. 1 overall pick should not be featuring a 37-year-old runner, though Perine hasn't given any indication he deserves to run away with the work. Gore will remain a zero-ceiling FLEX for Week 12 against the Dolphins, with his case further weakened by the end of bye weeks. With all 32 teams playing from here on out, the player pool is much deeper.  Nov 22 7:54 pm (EST) 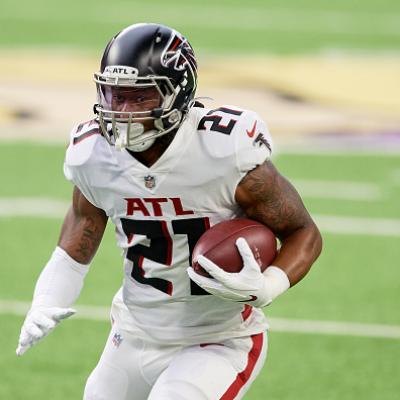 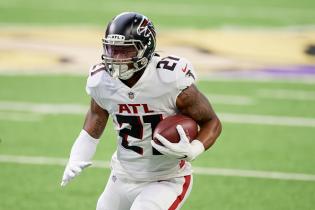 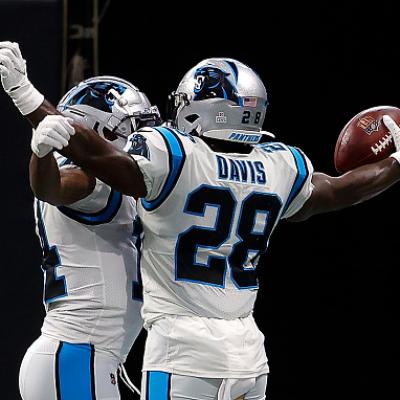 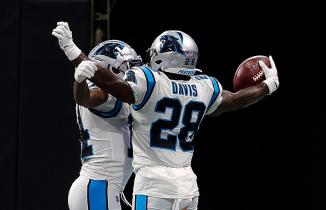 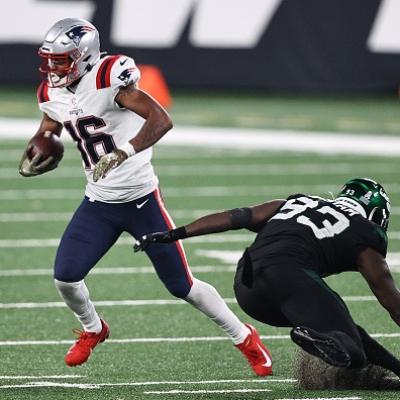 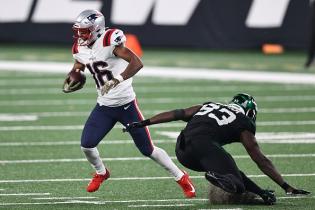 NFL Kyler 'rehabbing on the side' at Tuesday practice

M. Perry - RB
MIA
Dolphins WR Malcolm Perry has played 40 percent of the team's offensive snaps the past two weeks, drawing seven targets and a rushing attempt.
Slowly but surely, the flashy seventh round rookie is working his way into Miami's offense with Preston Williams (foot) out. Running 25.5 pass routes per game, Perry is third in wide receiver targets over the past couple games, behind DeVante Parker and Jakeem Grant. Perry split time between quarterback and slot back in his first three seasons at Navy, rushing for 4,359 yards from under center. He makes for an interesting add in deeper formats.
Added 11:53 am (EST)
Added 11:53 am (EST)

K. Murray - QB
ARI1
Kyler Murray (shoulder) was seen "rehabbing on the side" at Tuesday's practice.
Fantasy managers shouldn't be shocked by a week of limited practices for Murray. He hurt his throwing shoulder early in Week 11's game against Seattle and was in clear discomfort throughout the contest. Murray should be set to play this week against the Patriots.
Added 11:47 am (EST)
Added 11:47 am (EST)

D. Ward - DB
CLE
Browns CB Denzel Ward (calf) is expected to miss a few weeks of game action.
Losing Ward makes the already-middling Cleveland secondary more vulnerable over the next few games. Opposing passers have completed 66.3 percent of their passes against the Browns, a pass funnel defense for most of 2020.
Added 11:14 am (EST)
Added 11:14 am (EST)

R. Rodgers - TE
PHI1
Richard Rodgers caught both of his targets for 48 yards in the Eagles' Week 11 loss to the Browns.
Cleveland continues to bleed fantasy production to tight ends, with Dallas Goedert catching five balls for 77 yards and a score in Week 12. Rodgers won't be fantasy relevant when Zach Ertz finally returns from injury. Until then, Rodgers is a reasonable streaming option in tight end premium formats.
Added 11:05 am (EST)
Added 11:05 am (EST)

B. Roethlisberger - QB
PIT1
The Steelers have the third highest neutral pass rate in the NFL through Week 11.
Only the Seahawks and Bengals have higher neutral pass rates this season. Despite having game script on their side for almost all of 2020, the Steelers only run the ball on 40.2 percent of their plays -- the 17th highest rate in the league. This gives James Conner an iffy weekly floor and rare opportunities for a ceiling while Ben Roethlisberger and the Pittsburgh pass catchers reap the benefits of a pass-heavy attack. The commitment to the pass gives Roethlisberger -- fourth in pass attempts this year -- a solid weekly floor even in poor on-paper matchups like this week against Baltimore.
Added 10:37 am (EST)
Added 10:37 am (EST)

J. Norman - DB
BUF
Bills activated CB Josh Norman from the reserve/COVID-19 list.
Norman and three other Buffalo players were placed on the list November 14. In three games this season, Norman has given up 14 catches for 142 yards and a touchdown on 17 targets. He could rejoin the team for their Week 12 game against the Chargers. The Bills' secondary will need all the help they can get against red-hot rookie Justin Herbert.
Added 9:36 am (EST)
Added 9:36 am (EST)

S. Sloman - K
LA
Titans signed K Sam Sloman to their practice squad.
Sloman made eight of 11 field goal tries and 18 of 21 extra point attempts this season with the Rams. He would be an insurance policy for veteran Stephen Gostkowski, who's had a disastrous season, missing eight of 23 field goal attempts along with two extra points. Almost any other kicker would have been cut by now. Sloman would have immediate fantasy relevance on a Titans team that generates plenty of neutral and positive game script, which allows for more field goal tries.
Added 9:07 am (EST)
Added 9:07 am (EST)

J. Burrow - QB
CIN1
NFL Network's Mike Garafolo said Joe Burrow's multi-ligament knee injury suffered Sunday against Washington is comparable to Carson Wentz's 2017 knee injury.
Wentz tore his ACL and LCL in December 2017 and went on to miss 2018's first two regular season games. Burrow, placed on season-ending IR on Monday, tore his ACL and MCL -- a graphic injury that the CBS broadcast refused to show during the game. "There's a lot of confidence that he's going to come back fully from this one ... maybe not 100 percent by the start of next season, but perhaps on the field for the start of next season," Garafolo said. Barring complication, Burrow should be back under center for the Bengals in 2021 -- it's just a matter of whether he'll miss early regular season action while rehabbing his devastating injury.
Added 8:44 am (EST)
Added 8:44 am (EST)