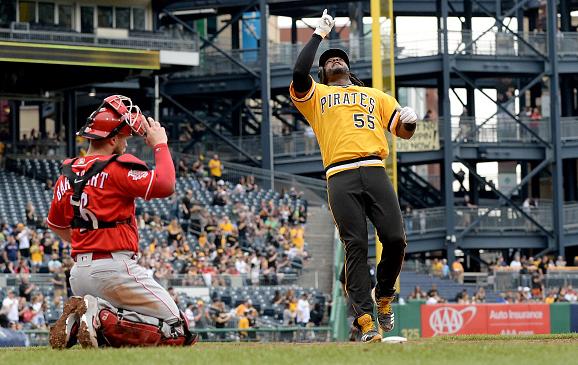 The 2019 baseball season is unfolding just as we expected it would, isn’t it? 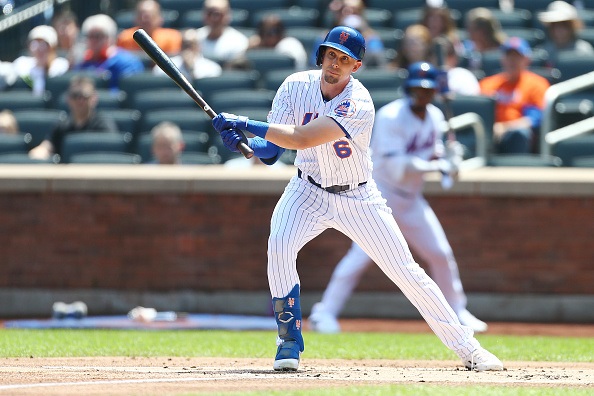 As of today, Jorge Polanco and D.J. LeMahieu (.344) are leading the AL in batting. Aaron Judge and J.D. Martinez have hit a combined 10 home runs, and Eddie Rosario leads the AL with 13.

Jeff McNeil (.356) and Melky Cabrera (.337) have the second and third highest batting averages in the NL, respectively.

Those leaderboards will likely dramatically change by season’s end. However, despite all the time that we put in to prepping for our drafts in the preseason, as the previous stats reveal, reality has a funny way of creeping its way into our fantasy baseball seasons. We need to recognize these new realities and adjust our strategies accordingly.

A trend that has been discussed at length by fantasy baseball players over the years is the fact that starting pitchers just aren’t pitching deep into games any longer.

This trend hurts fantasy players who compete in leagues that feature quality starts (a start in which a pitcher completes a minimum of six IP and allows three earned runs or less) as a category, however it may make competitors who play in deeper fantasy leagues consider adjust their lineup construction by substituting marginal starting pitchers with top performing middle relief pitchers. 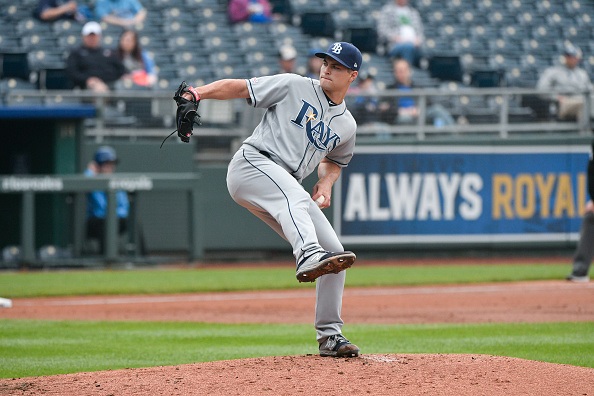 For instance, Tampa Bay Rays reliever Jalen Beeks seems to be settling into a post-opener role which helps his fantasy value. Overall he has 2 wins, a save and has posted a 2.48 ERA and 1.172 WHIP. In his past three outings he’s pitched a total of 14.2 innings (averaging over four innings per appearance) and has struck out 16 batters while pitching to a 0.61 ERA. Rays starting pitchers, have the second lowest averaging IP per starter (4.6). With their periodic but consistent use of an opener, they rely on their middle relievers quite heavily.

Cardinals reliever John Gant , has three wins and two saves on the season to go along with a 0.82 ERA and 0.64 WHIP. During the period between April 22-28, he pitched to a 2.45 ERA and struck out five batters in 3.2 IP and, he picked up a save. In the next period spanning April 29 through May 5 he didn’t give up a run and struck out six batters in 3.1 IP.

John Brebbia , also with the Cardinals, is another reliever with the potential to pitch multiple innings in a week. He has a 0.87 ERA and 0.871 WHIP on the season, and struck out four in 4.0 IP in four appearances between April 29 and May 4.

Giants reliever Reyes Moronta struck out 10 batters in 4.0 IP spanning four appearances between April 29 and May 5. He pitched shutout ball during that time period.

As teams seek to extend the seasons of their high performing young pitchers by putting a cap on their in season innings pitch totals, more middle relievers similar in skillset to those mentioned above will become available on league waiver wires. We don’t recommend rostering too many of these type of pitchers. However, if you have a choice between using a starting pitcher who could potentially blow up your ERA and WHIP in one appearance, or using a relief pitcher who can pitch multiple innings per week and help you in multiple categories, perhaps it may be wise to choose the latter option.

Much of the production we’ve been getting from too many of our fantasy starting pitchers in the first month and a half of the season has been excessively unpredictable. We expect that performances will stabilize as spring turns into summer and temperatures rise.

One pitcher who seems to have figured things out as of late is Red Sox ace Chris Sale . Through his first four starts of the season he pitched to an 8.50 ERA, posted a 16.7% strikeout rate and his BAA was .311. In his last four starts he pitched to a 1.74 ERA, his strikeout rate skyrocketed to 41.6 and opponents were batting just .165 against him.

Rick Porcello is another Bosox starter who is starting to come around. The former Cy Young Award winner has pitched to a 2.25 ERA with 20 strikeouts in 20 innings in his last three starts. The Sox have won nine of their last 11 games, and despite the fact that the previously mentioned J.D. Martin ez has just five home runs this season, their offense is heating up. They’re averaging six runs per game during that stretch.

As for Martinez, he recently broke a 62 AB homerless streak to hit his fifth home run of the season. While it’s concerning that he’s missed games due to a recurring back issue, most advanced metrics suggest he’ll be hitting home runs at a pace that we’ve grown accustomed to. In particular, his Expected Slugging Percentage is .171 higher than his current .475 slugging percentage.

Reyes is batting .381 and has hit four home runs in his last 11 games. The Padres outfielder has an OPS of 1.086 during that time frame. His 12.8 Brls/PA% puts him in the top five in baseball in that category. Apparently, the .280 batting average and 16 home runs he hit in 87 games for the Padres last season were no fluke.

Bell enters this weekend with a .294 batting average, nine home runs and a 1.003 OPS and is in the midst of a full blown breakout season. The Pirates first baseman hit just 12 home runs all of last season. The following stats, courtesy of Baseball Savant, provide a detailed picture of the strides that Bell has made as a power hitter since last season:

Look for Bell to continue raking this season.

Derek Dietrich ’s 10 home runs in 77 ABs is impressive considering he hit just 16 in 499 ABs last season. He’s posted the highest hard hit and fly ball rates of his career but he might be best viewed as a sell high candidate. Barring any setbacks, Scooter Gennett could come off the injured list by the end of the month and with the Reds having already called up Josh VanMeter who can play several defensive positions, Dietrich’s playing time could eventually be limited.

Lastly, there are a few other starting pitchers who are trending upward and should be considered trade targets or waiver wire adds.

You probably wouldn’t find too many fantasy baseball players who would have admitted that they drafted Jon Lester before the start of the season, but he continues to put up stellar numbers. He’s averaged 17 wins over the past three seasons and hasn’t given up more than two runs in any of his six starts this season. Although his current 1.41 ERA will regress, ERA estimators like FIP, xFIP and SIERA suggest it likely won’t be much higher than 3.50 by the end of the season. 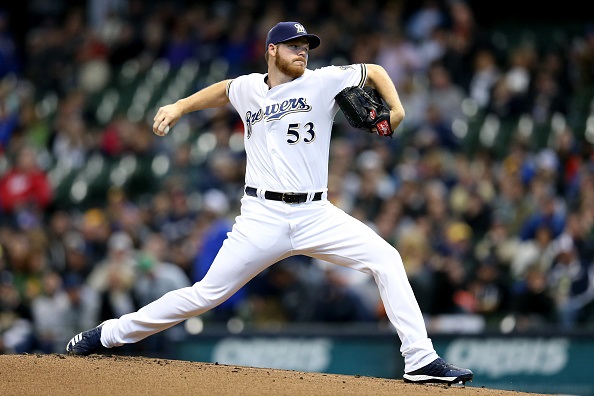 Brewers SP Brandon Woodruff has pitched 16 innings and recorded 22 Ks and 3 BB while posting a 1.69 ERA in his last three starts. He pitches his home games in hitter friendly Miller Park but has five wins, and his ERA estimators suggest that he’s pitching much better than his season long 4.25 ERA. He’s owned in just 23.3 percent of ESPN fantasy baseball leagues.

Phillies SP Jerad Eickhoff is owned in just 30.7 percent of ESPN fantasy baseball leagues and has a 1.50 ERA and 0.97 WHIP in 30 IP thus far this season. There will obviously be some regression forthcoming, however his below average line drive rate (16.9) and the fact that he’s been equally effective when pitching at home in hitter friendly Citizens Bank Park and on the road, are encouraging signs.

R. Martin - C
FA
Henry Schulman of the San Francisco Chronicle writes that Russell Martin is "one name to consider" as the Giants look for catching help after Buster Posey opted out of the 2020 season.
Martin is now 37 and has been a well below average hitter for a few years. However, he's viewed as a good clubhouse guy and the Giants are thin at catcher if they don't want to hand the job to Joey Bart yet. Martin makes sense as an adequate fill-in.
Added 1:14 pm (EST)
Added 1:14 pm (EST)

T. Skubal - SP
DET
Tigers placed LHP Tarik Skubal on the 10-day injured list.
No explanation was provided for the move. Skubal is one of the team's top pitching prospects and might have a shot to debut at some point this season, if he's healthy.
Added 12:22 pm (EST)
Added 12:22 pm (EST)

K. Jansen - RP
LA
Kenley Jansen is still not in Dodgers' summer camp but is expected to arrive "soon," per manager Dave Roberts.
The team hasn't revealed why Jansen remains away, but Roberts believes his closer will have time to be ready by Opening Day. “He’s been moving around and so I think he’ll be ready,” said Roberts. “Obviously, every day on the calendar that we don’t see him, certainly it makes it a little more difficult. But I’m still confident we have enough time.” The Dodgers have nine players that have yet to report, with Pedro Báez, Gavin Lux, A.J. Pollock, Scott Alexander, Keibert Ruiz, Zach Reks, Cody Thomas and Edwin Uceta joining Jansen.
Added 11:25 am (EST)
Added 11:25 am (EST)

R. Canó - 2B
NYM
Robinson Cano has been absent from the Mets' summer camp the last two days.
The Mets have had a policy not to comment on why any player is not in camp. "There's a variety of reasons why players are here or not here on a given day, and we're going to protect those players' rights," general manager Brodie Van Wagenen said. We should find out soon enough why Cano has not been at Citi Field.
Added 11:19 am (EST)
Added 11:19 am (EST)