Dan Malin is here to look around the Fantasy Baseball waiver wire to point out some interesting names to consider heading into the next week of the MLB season. 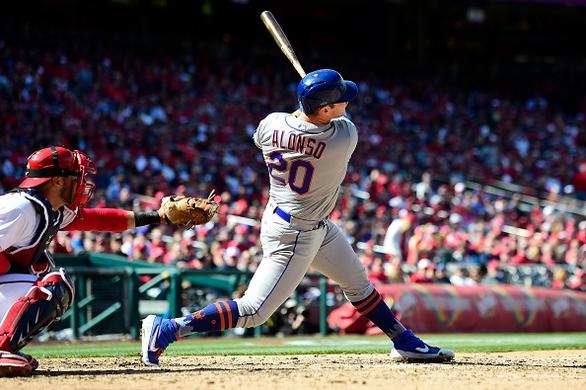 Welcome FANation to the 2019 fantasy baseball waiver wire column! The season just got underway two days ago, but it’s never too early to start scouting the waiver wire for players that surprisingly made their respective team’s 25-man roster or for some players who may have gotten off to a hot start! I won’t waste any more time, let’s dive right in!

Side note: I know everyone’s FAAB budget is different. Some people operate with $100 dollars, with $0.25 bids and others operate with a $300 budget with $1 incremental bets. So to make it simple the FAAB bids are suggestions for what percentage of your FAAB you could spend on these players. 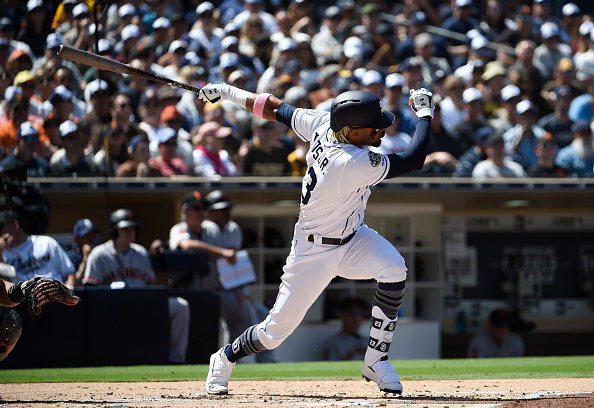 Fernando Tatis Jr. (San Diego Padres – Shortstop) FAAB Bid: 30% - If Fernando Tatis Jr. is still available, you should really go out and pick him up. He’s one of the elite prospects in baseball and it was a bit of a surprise that he was even named to the 25-man roster. He’s already got a few hits in the first two games and he’s yet to really showcase his elite speed on the base path. Don’t expect too much power from him. He’s young and isn’t playing in the greatest ballpark for hitters, but this is a young, hot prospect that should be owned in all formats. So if he is available in your shallower league, go get him and don’t be afraid to spend up for him.
Chris Paddack (San Diego Padres – Starting Pitcher) FAAB Bid: 12-15% - Let’s talk a little about Tatis’ teammate, Chris Paddack , who is another young rookie that surprisingly made San Diego’s 25-man roster for Opening Day. Paddack is a very talented pitching prospect and he’ll make his 2019 debut Sunday against the Giants. Now Paddack is more available on ESPN than Yahoo! but grab him wherever you can and if he’s not that great then go back to the waiver wire because pitching always emerges off waivers. Maybe it’s Paddack, maybe not. Time will tell.

Hunter Strickland (Seattle Mariners – Relief Pitcher) FAAB Bid: 10-15% - It’s kind of wild to think about Hunter Strickland falling so far in fantasy baseball drafts and yet, it’s even more insane to see that he’s barely over 50% owned in ESPN leagues. If you play in a categories league and you need help getting saves, you need to pick up Hunter Strickland . In a points league, sure pass on him because relievers in points leagues are futile. But Strickland is still available in a fair amount of leagues and he’s getting saves on a Mariners team that’s off to a nice start. Go get him!

*Editor’s note – Strickland will have a MRI on his shoulder after experiencing tightness in last night’s game.

Domingo Santana (Seattle Mariners – Outfielder) FAAB Bid: 8-10% - I wouldn’t go too crazy bidding on Santana because there are an abundance of outfielders on waivers. Plus it’s still early in the season so you can wait it out and save your FAAB. But Santana’s off to a nice start in 2019. At the time of this writing he has three home runs and ten RBI in just four games so far this year and he’s a near lock for playing time each day. Pending an injury, he’ll be a regular in that Seattle lineup.

Pete Alonso (New York Mets – First Baseman) FAAB Bid: 12-14% - I’m going to suggest a relatively modest bet on Alonso, but first base doesn’t have the availability it once did with elite talent. But Alonso represents an elite prospect at least. He slashed .352/.387/.620 with four home runs this spring. He’s a rookie and he’s still splitting playing time with Dominic Smith so if you’re comfortable at first base you don’t need to go crazy picking him up. There’s also the additional monkey wrench on the horizon of what the Mets do with Todd Frazier once he’s healthy.

Tim Beckham (Seattle Mariners – Shortstop, Third Baseman) FAAB Bid: 8% - Who would’ve known three Mariners would make the first waiver wire article of the season? We’ve seen this sort of streaky play from the former top prospect before so perhaps expectations should be tempered. However, it’s hard to ignore the fact that he has eight hits (three of which are home runs), and seven runs scored. It would be better if he was hitting higher than sixth in the Seattle batting order and perhaps they move him up if he keeps swinging a hot bat. For now, he’s worth a cheap bid.

Marcus Stroman (Toronto Blue Jays – Starting Pitcher) FAAB Bid: 3% – I wouldn’t recommend going crazy with this bid because Stroman comes with a ton of variance. But in his first start of the season he pitched seven scoreless innings against Detroit and collected seven strikeouts. Next week he’s a two-start pitcher, first at home against the Orioles and then on the road against Cleveland. He’s very much in play for the first start against Baltimore. The Orioles are truly horrendous, so yes, he needs to be played. You could possibly use Stroman as a streamer so it’s possible you don’t even need to pay for him, but his next match is all too juicy.

Brad Peacock (Houston Astros – Relief Pitcher) FAAB Bid: 5% - Peacock is worth an add because he’s eventually going to get SP/RP status now that he’s cracked the Astros rotation. Peacock has shown elite strikeout numbers in the past (10.98 K/9 in 2017 when he worked 132 innings as a SP/RP eligible pitcher).This past spring saw the strikeout numbers dip a little, but this coaching staff knows how to get the most out of their pitchers and Peacock could provide nice value in a points league if you can play him in a ‘RP’ slot. 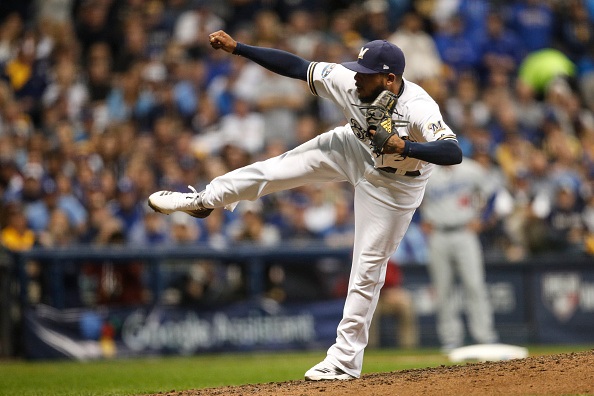 Jeremy Jeffress (Milwaukee Brewers – Relief Pitcher) FAAB Bid: 8-10% - So with Corey Knebel requiring Tommy John surgery (thus ending his season), Jeremy Jeffress has some appeal for when he comes off the Injured List. Now Jeffress didn’t look as great as he did toward the end of last season. His velocity was way down this spring and he didn’t get much work in. And there’s still an opportunity for Hader to be the closer and Craig Kimbrel is still unsigned and those two guys are much more widely owned than Jeffress. So there’s an opportunity to still grab a closer, but the road to save opportunities will be difficult for JJ.

Enrique Hernandez (Los Angeles Dodgers – Second Baseman, Shortstop, and Outfield) FAAB Bid: 6-8% - Hernandez holds value based on his position eligibility. He also gets first base eligibility on Yahoo! as well as the positions listed above. In the Dodgers home opening, Hernandez slugged two of the team’s eight home runs in the game. If the team hits him toward the bottom of the lineup it’ll be tough to play him. However, on Friday night he hit leadoff and that lineup is still pretty loaded despite the losses of Manny Machado , Yasiel Puig , Matt Kemp , and Yasmani Grandal . Hernandez could still be a pretty big value for fantasy.

Julio Urías (Los Angeles Dodgers – Starting Pitcher) FAAB Bid: 2% - Urias, like Peacock, cracked the opening day rotation for his respective team. Urias may not last in the rotation because of injuries to Clayton Kershaw and Rich Hill at the moment. When those two return then Kenta Maeda and Urias could be relegated to the bullpen, but the slightest hint of a blister could sideline Hill for two-to-three weeks. We’ve seen it before. So Urias could find himself in line for a few starts and he’s still surprisingly young and looked very good this spring. The Dodgers may want to cap his innings at some point, but if you can get him for cheap (or nothing at all), he’s worth a flyer. 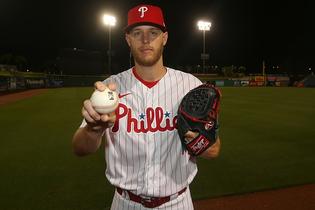