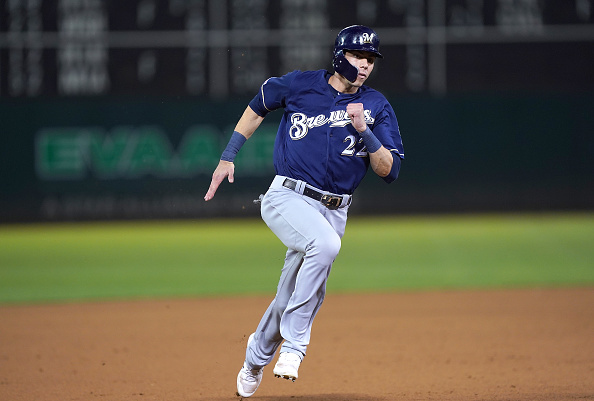 The dog days of August are upon us as fantasy GMs enter the stretch run vying for playoff berths and league championships.  This edition of the Injury Report contains several big names which could sway the balance of many leagues. By now GMs should hopefully have accumulated depth and flexibility in order to withstand the loss of key players at this critical juncture of the season.  So without further ado, here is the next edition of the fantasy baseball emergency room as we take a look at the walking wounded.

Fantasy GMs are bracing for cardiac arrest as Yelich continues dealing with a back injury.  He missed some time earlier in the year with back issues and it appears that the injury has reared its ugly head again.  He missed the past couple games against the Pirates and indicated that he will not return until this issue is resolved. That is a vague statement and does not give GMs any type of assurance as to when he might be back.  Yelich is irreplaceable on fantasy rosters as he is the leading candidate to repeat as National League MVP with his .336 batting average along with 39 home runs, 84 RBI, 82 runs scored and 23 stolen bases. He should be considered day-to-day at the moment, but he could be headed to the injured list if his back does not improve in short order.

Yankees' second baseman Torres has been dealing with a core injury over the past week which has cost him a few games.  He was sent to the hospital a few days ago but it appears that he is doing much better now as x-rays came back negative. Torres could be back in the lineup as soon as Friday against Toronto which would be great news for fantasy GMs who have benefited from his .281 batting average along with 23 home runs, 62 RBI, 70 runs scored and four stolen bases. 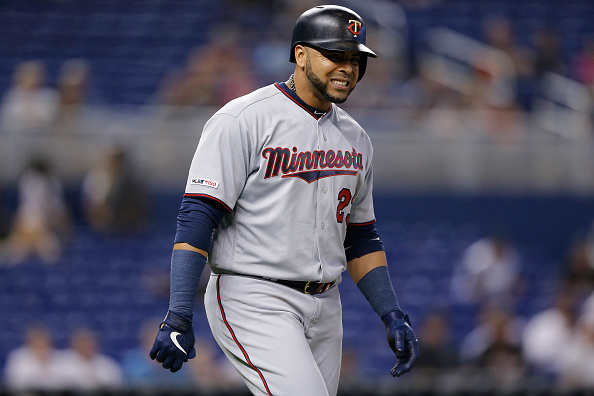 Minnesota designated hitter Cruz was taken out of Thursday’s game with a strained left wrist.  He sustained the injury during an at-bat when he swung and missed, and then he was replaced by C.J. Cron .  Cruz already had wrist issues earlier this year when he missed a month due to an injury, so it appears he may have re-aggravated it.  The timing of the injury is devastating for fantasy GMs as Cruz has been scorching hot since the All-Star break slugging 16 home runs.  Despite missing a month earlier this year, he is batting .294 with 32 home runs, 76 RBI and 59 runs scored. The Twins indicated that Cruz is day-to-day right now so GMs are hopeful he can avoid another stint on the injured list.

The Red Sox have been in a freefall lately and Price is one of the biggest culprits.  He has been torched for 20 runs over his past four starts and has now landed on the 10-day injured list with a left wrist injury.  The official diagnosis is a triangular fibrocartilage complex cyst that will be treated with a cortisone injection. It is very likely that this will be a lengthy absence because there is no time frame given for when Price might be able to return.  He has had a pedestrian season with a 7-5 record and a 4.36 ERA, 1.32 WHIP and 126 strikeouts in 105.1 innings over 21 starts.

Cubs catcher Contreras has been placed on the 10-day injured list with a strained right hamstring and is expected to be out for a month.  This is a huge loss for the Cubs and fantasy GMs as Contreras has been one of the best offensive catchers in the league with a .275 batting average along with 19 home runs, 57 RBI, 45 runs scored and one stolen base.  Victor Caratini will likely see most of the playing time in Contreras’ absence. However, Chicago just signed Jonathan Lucroy who was recently released by the Angels. Lucroy will serve as Caratini’s backup until Contreras is ready to return in September.

The Rockies have placed outfielder Dahl on the 10-day injured list with a sprained right ankle.  He was attempting to catch a fly ball last week when he slipped and injured his ankle. Dahl had to be carted off the field and fortunately, x-rays confirmed that there were no fractures.  This is a big loss for fantasy GMs because Dahl has been rock solid batting .302 with 15 home runs, 61 RBI, 67 runs scored and four stolen bases. We do not know how long Dahl might be out but it can safely be assumed that he won’t be back until September at the earliest.

Braves rookie outfielder Riley suffered a partially torn LCL in his right knee while working out before Tuesday’s game earlier this week.  This injury sounds ominous, especially since he will be consulting with Dr. James Andrews to determine any next steps. Riley’s season could likely be over as he will most certainly be facing an extended absence.  Riley made a huge splash upon making his debut with the Braves but he has severely cooled off of late. He has seen his batting average plummet to .242 and he stagnated at 17 home runs, 45 RBI and 38 runs scored. Riley was losing playing time before the injury, but now it appears safe for GMs to drop Riley in non-keeper leagues.  Adam Duvall should see regular playing time now and is a suitable option on the waiver wire. 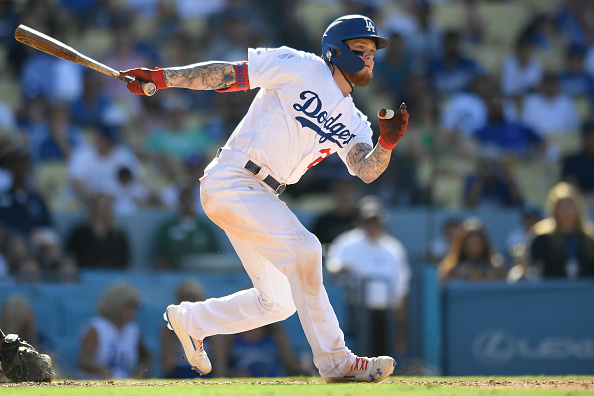 The Dodgers have placed Verdugo on the 10-day injured list with a strained right oblique.  Los Angeles scratched him from the lineup on Monday and now they confirmed that it is in fact an oblique injury.  It is common knowledge that oblique injuries typically take several weeks to resolve so it is possible that Verdugo misses the remainder of August.  Verdugo has been a solid fantasy option batting .294 with 12 home runs, 44 RBI, 43 runs scored and four stolen bases while getting more regular playing time.  Matt Beaty and Kristopher Negrón should see additional playing time in Verdugo’s absence.

The Indians have been surging as they knock on Minnesota’s door in the AL Central, and they should get an even bigger boost in the near future with the pending return of Kluber.  He made his first rehab start on Thursday and allowed two solo home runs in three innings. Kluber is expected to make another couple rehab starts to start building up his pitch count and endurance with the hope and expectation that he will return to Cleveland by the end of the month.

Cubs' closer Kimbrel has been placed on the 10-day injured list with inflammation in his right knee.  The roster move is retroactive to August 4 as Kimbrel indicated he experienced some soreness the last time he pitched on Saturday.  Kimbrel has been anything but solid since making his debut with the Cubs after missing the first couple months of the season with an 0-2 record along with a 5.68 ERA, 1.66 WHIP, 17 strikeouts and nine saves in 14 games.  Pedro Strop is also on the injured list but should be returning soon. We should expect the Cubs to utilize a closer-by-committee approach with Steve Cishek being the most likely candidate to get save opportunities in the immediate future.

Duffy has been placed on the 10-day injured list with a strained left hamstring.  He was scheduled to start on Thursday against Detroit but was scratched before the game started.  Duffy has a well-documented injury history and was in the midst of a less than mediocre season going 5-6 with a 4.93 ERA, 1.41 WHIP and 90 strikeouts in 100.1 innings over 18 starts.  He is only a rosterable option in deeper leagues but now can easily be dropped as there are more suitable replacements on the waiver wire.