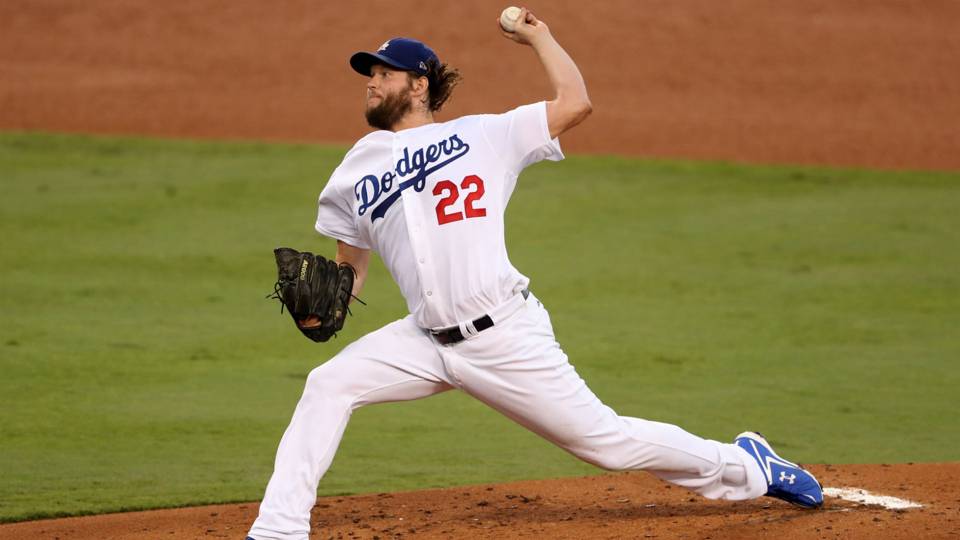 This edition of the injury report contains several ace pitchers who have been sidelined for a variety of reasons.  Fantasy GMs are in full panic mode with some of these names so it is crucial to evaluate potential trade partners without coming across as desperate.  None of these injuries are season-ending, so do not over-react.   So, without further ado, here is the next edition of the fantasy baseball emergency room.

There are a handful of players that GMs cannot afford to be without, and Clayton Kershaw is right near the top of the list.  The multi-time Cy Young Award winner has landed on the disabled list with tendinitis in his biceps and we have no sense of exactly how long he might be out.  There is no structural damage in his arm but even an absence of a few weeks will be very costly to fantasy owners.  Kershaw has had some bad luck this year with a 1-4 record but he does have a 2.86 ERA, 1.14 WHIP and 48 strikeouts in 44 innings.  He is an elite pitcher but has developed a stigma by landing on the disabled list seemingly at least once every year.  You cannot replace his production with a waiver wire acquisition, so just tread water until he returns. 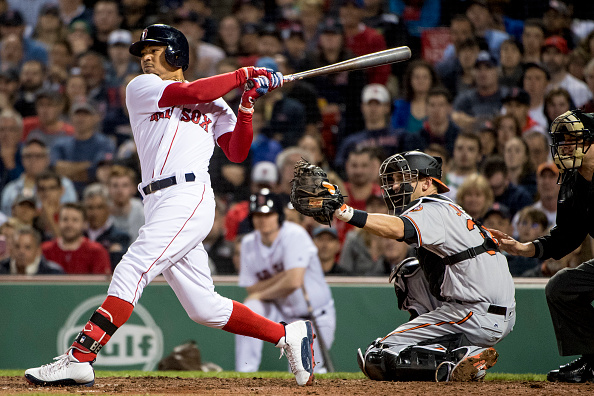 Betts has arguably been the American League MVP thus far batting .355 with 13 home runs, 26 RBI, 36 runs scored and three stolen bases.  He has helped lead the Red Sox to a great start but was taken out of Sunday’s game with a contusion on his right shoulder.  He was running the bases and got hit by a throw to second base.  Boston has a showdown with the Yankees starting on Tuesday so expect him back in the lineup for the battle over supremacy in the AL East.

The Mets pitching is once again in shambles as Jacob deGrom has landed on the disabled list with a hyperextended elbow he sustained while swinging the bat last week.  He went back out to pitch the next inning before being removed.  There were reports he would miss four starts, then it became that he would make his next start.  Now the Mets have opted to be cautious and put him on the DL making him eligible to return on May 13.  deGrom is 3-0 with a 1.87 ERA, 0.99 WHIP and 54 strikeouts in 43.1 innings making him one of the best pitchers in the league despite already having a few wins stolen from him by the team’s erratic bullpen.

Pham has missed the past couple games with a groin injury that he has been dealing with for a while now.  The injury is not considered serious so he should be back in the lineup, possibly by Tuesday.  The concern is whether this injury is going to keep lingering or get re-aggravated on a frequent basis.  Pham has followed up his great 2017 season with a .323 batting average along with five home runs, 14 RBI, 24 runs scored and seven stolen bases.  Harrison Bader has been playing in his absence but should hit the bench as soon as Pham is ready to go.

The Cubs may have buyer’s remorse right now after shelling out huge dollars to sign Darvish this past offseason.  Darvish is 0-3 with a 6.00 ERA, 1.57 WHIP and 37 strikeouts in six starts making him not very trustworthy at the moment.  He is now on the disabled list with a virus and will be replaced by Jen-Ho Tseng in the rotation this week.  Darvish is expected back once eligible to return, but his lack of production makes him a risky fantasy proposition until he can show he has turned things around. 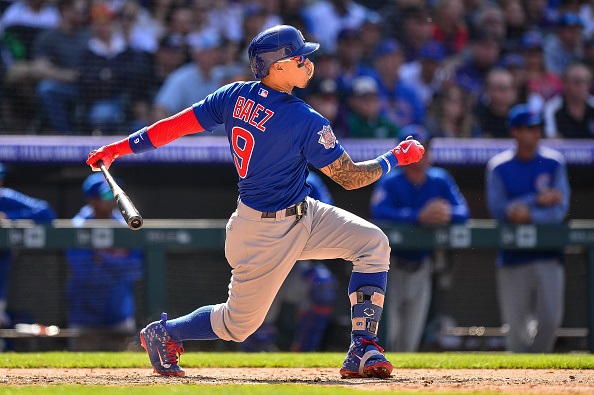 Speaking of Cubs injuries, Javier Báez was removed from Monday’s game against Miami with tightness in his right groin.  He had already hit a home run in the game padding his already impressive statistics of a .285 batting average with ten home runs, 32 RBI, 24 runs scored and three stolen bases.  Right now we don’t’ know the extent or severity of the injury, but we can venture a guess that he is considered day-to-day and can hopefully avoid an extended absence.

Segura was taken out of Sunday’s game because of a migraine headache he was suffering from.  The Mariners reported that the headache got worse throughout the day but we don’t know yet whether this will require any additional time off.  Segura is a very productive fantasy player batting .290 with two home runs, 24 RBI, 23 runs scored and five stolen bases.  He should be starting in any league format but prepare for a day or two without him depending on how the headache feels for Tuesday.

Moncada was hoping to avoid the disabled list with tightness in his left hamstring, but the White Sox rightfully chose to be cautious and prevent any further damage.  Hamstring injuries are always difficult to deal with because they can be easily re-aggravated without sufficient time to heal.  Moncada should be able to return shortly after he is eligible barring any setbacks.  He has been a productive fantasy second baseman hitting .263 with six home runs, 15 RBI, 17 runs scored and four stolen bases thus far.

Jones has been a model of consistency and durability throughout his career, so any time he misses games is a big deal.  He was hit by a pitch on his right hand over the weekend but x-rays fortunately came back negative.  He was given the day off on Sunday and also had an off-day on Monday, so he should be ready to return to the lineup tonight.  The Orioles have gotten off to a horrendous start to the season and Jones has struggled right along with the team hitting only .245 with five home runs, 17 RBI and ten runs scored.

The Cardinals bullpen situation has evolved to where Norris is the closer despite the Greg Holland signing at the end of spring training.  Norris has earned that job with seven saves and a 2.60 ERA, 1.04 WHIP and 23 strikeouts in 17 games.  He was not available on Monday due to tightness in his right triceps and has been getting treatment for it over the past few days.  Norris will likely need a few more days to recover so closing duties could be shared amongst the rest of the Cardinals bullpen. 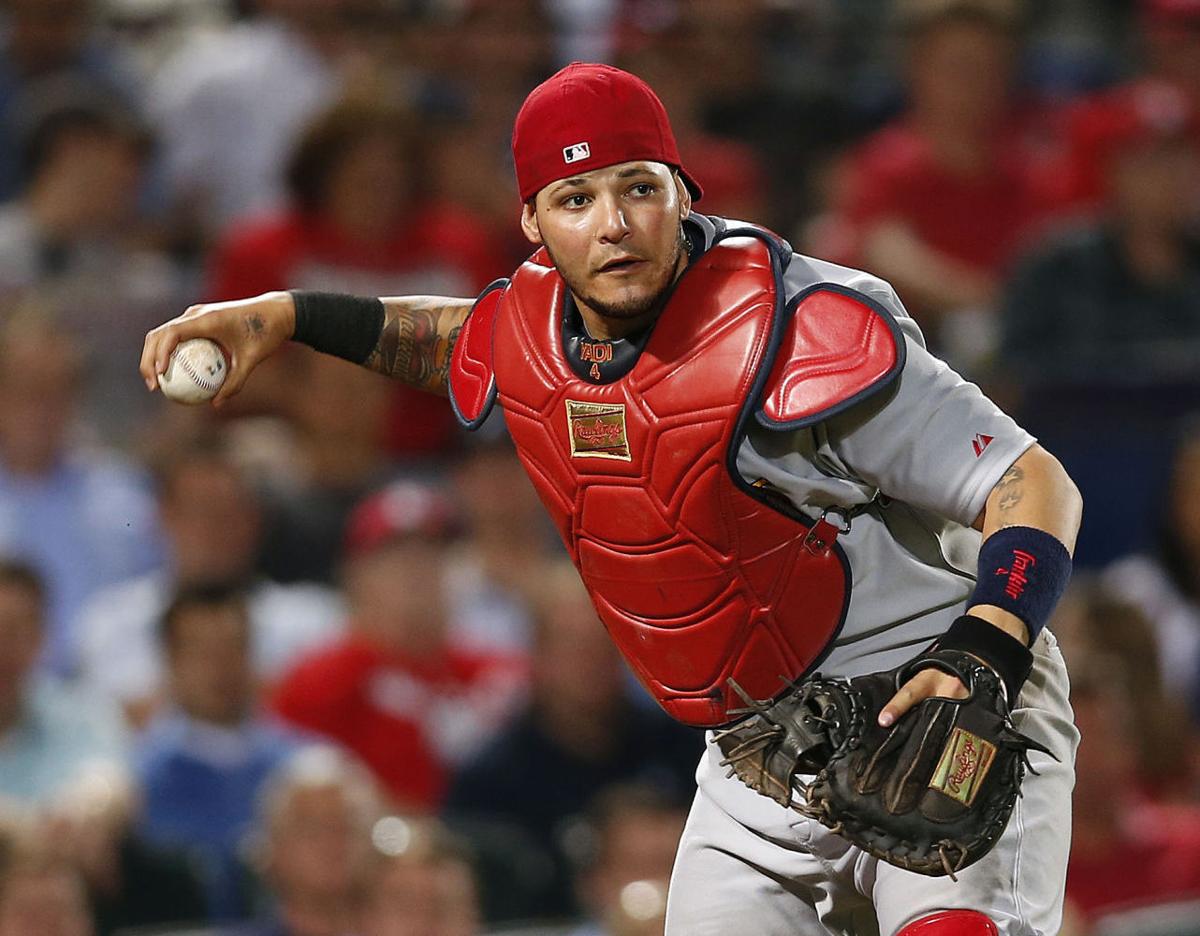 You cannot respect Yadier Molina enough for the career that he has had and continues to have.  He has continued to be one of the best catchers in the league defensively and has also maintained enough offense to still be relevant in fantasy leagues.  Unfortunately, Molina had to undergo emergency surgery after he was hit in the groin by a foul ball and suffered a hematoma.  Molina will likely miss at least a month and has been replaced by Carson Kelly behind the plate.  You should stash Molina if you have available DL slots because the waiver wire options are few and far between.

Ryan Zimmerman has missed the past several games due to some soreness on his side.  He found the fountain of youth in 2017 but has not been able to follow up on that as he is only hitting .194 with five home runs, 16 RBI and ten runs scored.  The Nationals will be cautious with their veteran leader and simply put Matt Adams at first base in his absence.  Adams has rewarded Washington with tremendous offensive production so there is no need to rush Zimmerman back until he is ready, which is expected to be by Tuesday night.