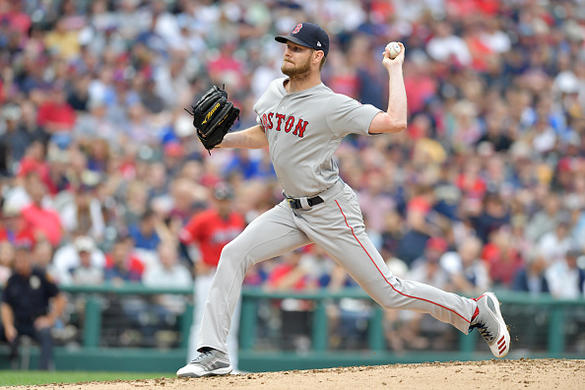 It has been a busy and noteworthy week in the fantasy baseball universe with several injuries to key players.  Some of these injuries are season-ending so GMs need to rely on that depth and roster flexibility that we keep preaching about every week.  So without further ado, here is the next edition of the fantasy baseball emergency room as we take a look at the walking wounded.

Fantasy GMs have been put out of their misery with the ebbs and flows of Chris Sale .   The ace pitcher is done for the regular season after being shut down for the next six weeks due to an elbow injury.  He will be getting a platelet-rich plasma injection in the hopes that will stimulate healing of the issue. Sale was a major disappointment this year despite having 218 strikeouts in just 147.1 innings.  He finishes the first year of his lucrative five-year contract with Boston going 6-11 with a 4.40 ERA and 1.09 WHIP over 25 starts. Sale can be dropped in all redraft leagues.

It pains me to say this, but Carlos Correa is on his way to becoming the next Troy Tulowitzki .  Correa’s talent and potential are undeniable and he remains a top fantasy option at shortstop. However, he just cannot avoid the injury bug as he has landed back on the injured list with a back injury.  Correa just missed a couple of months with a fractured rib and now he will be out a few weeks again. The good news is that Houston expects him to begin a rehab assignment in early September so he should be back for the final few weeks of the regular season to build on his .278 batting average along with 19 home runs, 56 RBI, 39 runs scored and one stolen base. 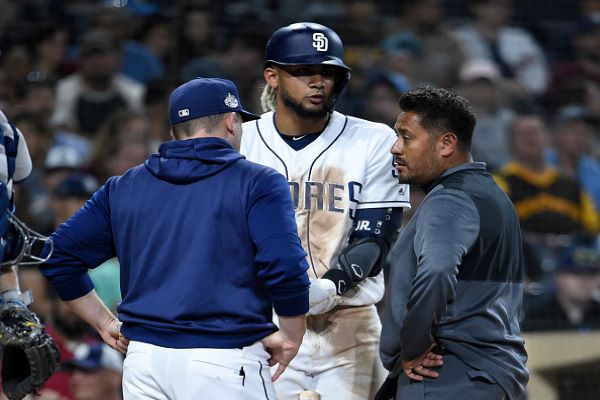 Fantasy GMs suffered a huge loss this past week when it was revealed that Fernando Tatis, Jr. is done for the season with a back injury.  He suffered a stress reaction in his lower back while swinging last week and it will cost him the rest of his rookie campaign. Tatis was in the running for National League Rookie of the Year but this injury will take him out of that conversation.  He had a very impressive showing at only 20-years old finishing his rookie season batting .317 with 22 home runs, 53 RBI, 61 runs scored and 16 stolen bases. The only concern with Tatis in keeper leagues is the fact that he suffered through hamstring and back injuries, so the hope is that he can avoid annual trips to the injured list.

The Twins offense has been prolific all year despite dealing with a variety of injuries to most of their starters.  Now they may have to contend with an injury to their star outfielder Eddie Rosario who was taken out of Wednesday’s game against the White Sox with tightness in his right hamstring.  The Twins are calling Rosario day-to-day but he could end up on the injured list to ensure he has time to rest and recover. Rosario has had a great season batting .282 with 27 home runs, 85 RBI, 74 runs scored and three stolen bases.  He should be stashed on your bench or an IL slot if you have the flexibility.

White Sox rookie Jimenez did not play on Thursday against Baltimore despite being in the original starting lineup.  The White Sox scratched him due to some soreness in his right hip and now he is considered day-to-day. Chicago will want to be cautious with their budding superstar who has more home runs than any other rookie in the American League.  He is batting .241 with 22 home runs, 52 RBI and 47 runs scored thus far and is a great keeper league option.

Stroman was taken out of his last start against Cleveland after four innings due to some tightness in his left hamstring.  He underwent an MRI that did not reveal any damage and he is expected to make his next start. The Mets appear to have gotten lucky with Stroman avoiding a serious injury during their impressive playoff push since the All-Star break.  Stroman is 7-11 with a 3.18 ERA, 1.30 WHIP, and 117 strikeouts in 144.1 innings over 25 starts. He has not been overly impressive since being acquired by the Mets so he will need to show some consistency before being trusted as a relevant fantasy option.

Cincinnati placed the veteran first baseman on the 10-day injured list with a strained lower back.  The move was made retroactive to August 15, so he is eligible to be activated this coming weekend.  Votto has had a disappointing season thus far batting just .262 with 12 home runs, 39 RBI, 60 runs scored and four stolen bases.  His fantasy value has all but disappeared and he is barely worth rostering in standard 12-team leagues at this point. He could provide some depth for the stretch run and may be worth taking a flier on since he will be fresh upon being activated. 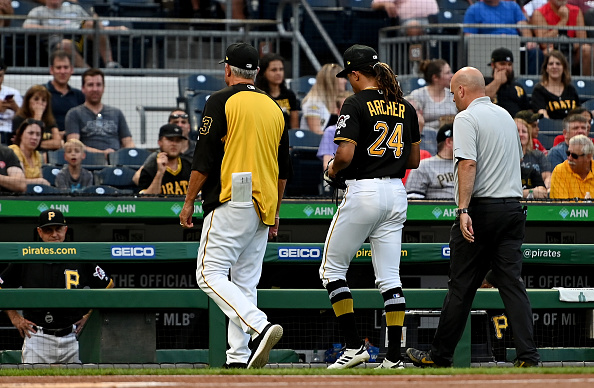 The nightmare continues for Archer as this has been a disastrous season for the former fantasy ace.  Archer lasted one inning in his previous start before being removed due to inflammation in his right shoulder.  The Pirates placed him on the injured list that effectively eliminates any fantasy value he had left for 2019. He has been an enormous disappointment for GMs going 3-9 with a 5.19 ERA, 1.41 WHIP, and 143 strikeouts in 119.2 innings over 23 starts.  This is not what the Pirates or fantasy GMs envisioned when he was traded by Tampa Bay last year in exchange for Tyler Glasnow and Austin Meadows . Archer can be dropped in standard 12-team leagues and may have eviscerated any keeper value he had remaining as well.

The Braves got some great news on the rookie, as he will begin a minor league rehab assignment this weekend.  This is the complete opposite of where we thought Riley was headed just a week ago when season-ending surgery for a partially torn ACL in his knee seemed the most likely option.  Riley received a second opinion from Dr. James Andrews and he has been cleared to start rehab with the expectation he will be recalled later this month or in early September. Fantasy GMs should temper expectations because Riley was struggling mightily and already lost playing time before he got hurt.

The 2019 season is officially over for Arrieta who finally succumbed to having season-ending surgery to remove bone spurs from his elbow.  Arrieta was trying to pitch through the issue but he was not getting the results he desired. He finishes the second year of his three-year contract with the Phillies with an 8-8 record along with a 4.64 ERA, 1.47 WHIP and 110 strikeouts in 135.2 innings over 24 starts.  He can be dropped in all league formats and is expected to be healthy for 2020 which is the final year of his contract.

Sanchez has been placed on the 10-day injured list with a pectoral injury.  This could explain the porous results over his past couple starts after his first two starts with Houston were terrific.  We do not know exactly how long Sanchez will be out but he is only a marginal fantasy option anyway despite the move to Houston.  Sanchez can be dropped as there are better options available on the waiver wire than his 5-14 record with a 5.89 ERA, 1.62 WHIP, and 115 strikeouts in 131.1 innings over 27 starts. 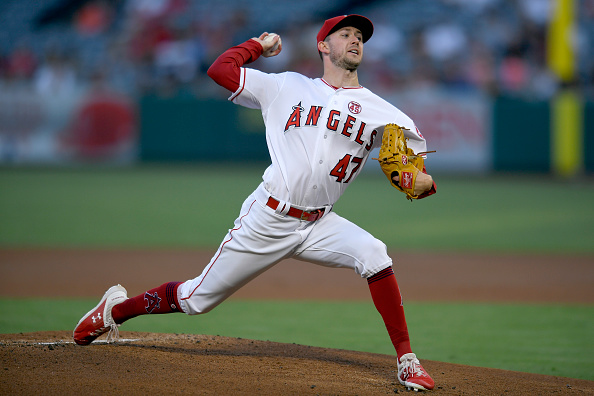 Los Angeles placed their starter on the 10-day injured list with inflammation in his right elbow and he will be shut down for the rest of the season.  Canning had a solid rookie season in which he finishes with a 5-6 record along with a 4.58 ERA, 1.22 WHIP, and 96 strikeouts in 90.1 innings over 17 starts. He is not much of a keeper option but could be a late-round option in drafts next year.

The Cubs' reliever will miss the rest of the 2019 season after he suffered a setback in his recovery from last winter’s surgical procedure.  Morrow will likely need another surgery so his future is in serious jeopardy as the Cubs will unquestionably buy out his option for 2020. He pitched effectively for the Cubs last year before being shut down but his tenure in Chicago is now likely over.  He can be dropped in the off chance you were stashing him for a September run.

The Braves placed veteran their veteran catcher on the 10-day injured list with a sprained left knee.  He sustained the injury this past Tuesday against Miami and the Braves did not waste much time before making the roster move to ensure they had catching depth as Alex Jackson was recalled from the minor leagues to backup Tyler Flowers .  McCann is past his prime but has been productive in a part-time role batting .264 with ten home runs, 39 RBI and 26 runs scored.

The Rockies' righty suffered a broken left foot and will undergo season-ending surgery.  He apparently started feeling some discomfort several weeks ago but dominated Miami in his last start before having some tests done that revealed the fracture.  Gray is expected to be ready for 2020 where he will look to build off a very solid season in which he finishes with an 11-8 record along with a 3.84 ERA, 1.35 WHIP, and 150 strikeouts in 150 innings over 25 starts. 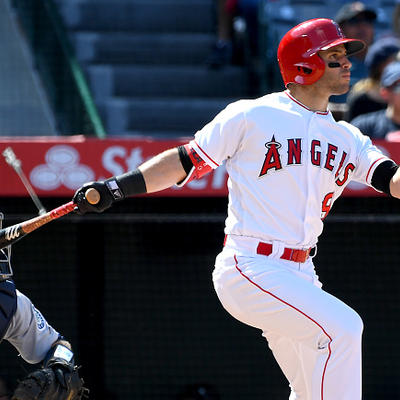 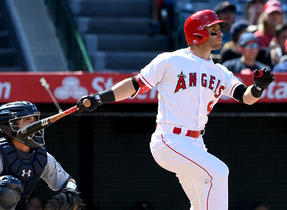 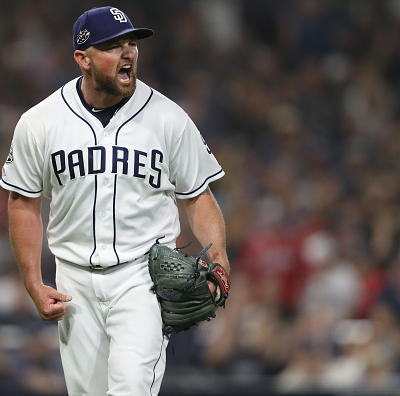 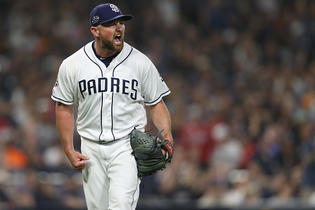 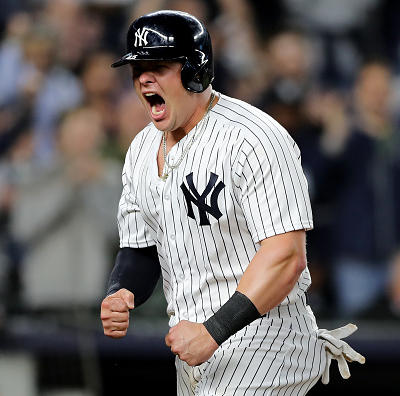 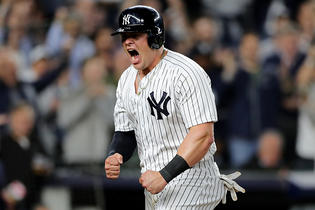 R. Healy - 3B
MIL
Healy (hip) is batting cleanup as the designated hitter in Sunday' Cactus League game against the Padres.
For a full breakdown and detailed player analysis GO PRO and join the Fantasy Alarm Family! CLICK HERE to unlock your PRO package and take advantage of instant savings!
Added 12:54 pm (EST)

F. Galvis - 2B
CIN
Galvis has a sore shoulder and won't play in spring training games for a few days, Bobby Nightengale of The Cincinnati Enquirer reports.
For a full breakdown and detailed player analysis GO PRO and join the Fantasy Alarm Family! CLICK HERE to unlock your PRO package and take advantage of instant savings!
Added 12:49 pm (EST)

E. Suárez - 3B
CIN
Suarez (shoulder) is scheduled to throw and take two-handed swings over the next few days, Bobby Nightengale of The Cincinnati Enquirer reports.
For a full breakdown and detailed player analysis GO PRO and join the Fantasy Alarm Family! CLICK HERE to unlock your PRO package and take advantage of instant savings!
Added 12:40 pm (EST)

J. Romano - RP
TOR
Romano struck out one in a scoreless fourth inning Saturday against the Yankees while hitting 98 mph with his fastball, Gregor Chisholm of The Toronto Star reports.
For a full breakdown and detailed player analysis GO PRO and join the Fantasy Alarm Family! CLICK HERE to unlock your PRO package and take advantage of instant savings!
Added 12:37 pm (EST)

A. Alford - CF
TOR
Alford stole three bases -- one of which resulted in the eventual winning run -- in Saturday's Grapefruit League game against the Yankees, Gregor Chisholm of The Toronto Star reports.
For a full breakdown and detailed player analysis GO PRO and join the Fantasy Alarm Family! CLICK HERE to unlock your PRO package and take advantage of instant savings!
Added 12:32 pm (EST)

M. Harrison - CF
MIA
Harrison got the start in center field Saturday against the Mets, slapping a base hit in the first inning off Rick Porcello and promptly stealing second and third base before scoring, Joe Frisaro of MLB.com reports.
For a full breakdown and detailed player analysis GO PRO and join the Fantasy Alarm Family! CLICK HERE to unlock your PRO package and take advantage of instant savings!
Added 12:23 pm (EST)