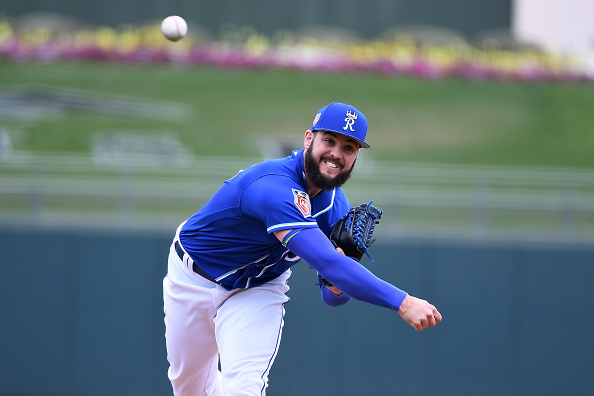 We head into the second full week of baseball and are rewarded with a slew of top-notch starting pitchers who are scheduled to take to the mound for a pair of starts to help their fantasy owners get off and running to a fast start in their leagues. The number of streaming options in the middle tier is not as bountiful as it will be later on in the season, if things play out per usual, but there are some excellent options there to consider for long-term addition to your roster, even when they only are on tap for a single start instead of two appearances.

The 10 starters that comprise the top tier in Week 2 are undoubtedly owned already in your leagues (although if one of these SPs is available on the wire, pounce immediately). These are the pitchers that you want to plug into your lineup and forget about. Certainly, an ace can toss out a bad outing now and then, but odds are, if you employ the services of the pitchers listed above, good things will take place for you in the coming scoring period.

The top four in this tier could easily end up joining the 10 SPs above as “wind ‘em up and leave them be” options if all plays out as expected, but for now, they simply constitute the best options that you might have to make a decision about whether to start them or sit them on your bench.

Richards has the stuff to be a certified ace, it is his inability to stay healthy and make a regular series of starts that knocks down his value below that of the best pitching options available in fantasy. He offers excellent strikeout potential, although his control has been shaky to open 2018. Even with two road starts in Week 2, you should use him now while he is in the rotation for the Angels.

Bundy could finally be developing into the ace that Baltimore has been waiting to see over the past few seasons. He already has 15 Ks with just three free passes over his first 13 innings pitched and has rewarded his owners with a sparkling 0.69 ERA and two quality starts (QS). Pitching for the Orioles, it is not likely that he will rack up a huge victory total, though, but aside from that, the rest of the numbers should be useful.

Gray is that odd starter that pitches better at Coors Field than on the road, but he is no slouch away from his home field, either. Facing the Padres at home for his first start is nice, and although he has a potentially tougher matchup in Washington at the end of the week, his skill set makes him worth the risk. High K numbers and good ratios are what you should anticipate if you are fortunate enough to be able to trot him out for two starts this coming scoring period. 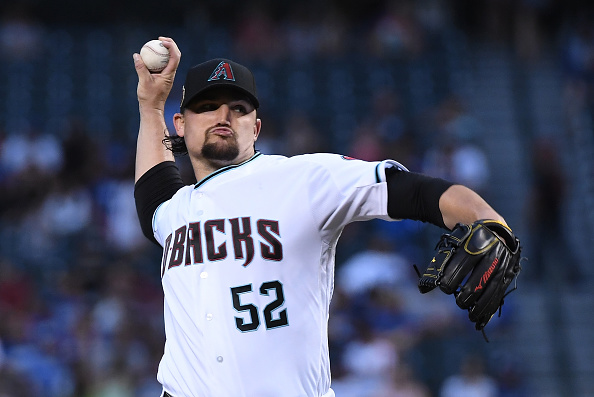 Godley has a pair of road starts, and before the installation of the humidor, that would have been enough to recommend him in Week 2. He does have a nice matchup in his first trip to the mound against the Giants, and while facing Kershaw on the road is normally a daunting task, he did manage to outduel the Dodger ace for a victory in his first start this season, so there is no reason to avoid using him for both his scheduled times as a SP in Week 2.

Chatwood should benefit from the move to Chicago this season, and he gets a couple of home starts this coming week to demonstrate his stuff. Neither matchup should give his owners pause about using him in their rotations. He is not a great source of strikeouts, but he relies on his ability to induce grounders anyway. Moving away from Coors Field should yield much better results for the 28-year old righthander.

Mikolas headed off to Japan to rebuild his pitching career, and the Cardinals were willing to take a chance on him and insert him into their rotation in 2018. He did not give up a walk in his first outing but did let the Brewers take him downtown for three dingers and he faces the same Milwaukee crew in his first start this coming week. The second start at Cincy is not in a preferred venue, so there are some worries about his matchups this week.

Skaggs was yanked from his last start without being able to complete five innings, mostly due to inefficiency, leading to a high pitch count. He did pitch 6.1 shut out innings in his first start against Oakland, so there is the potential for success on the hill for the 26-year old southpaw, although his injury history will likely keep his pitch count in the forefront of his manager’s mind. He is on the road for his two Week 2 starts, but the matchups are not formidable, and that makes him a viable SP in the coming week.

Junis, unlike the pitcher just above in this tier, has a pair of home starts coming up. He kept up his effective K/BB ratio demonstrated in the spring (20:1 K/BB over 14.1 innings out in Arizona) with six strikeouts and just one walk over seven shutout innings in Detroit. Those sorts of results will make him a useful pickup off the wire if he can keep up the pace.

Happ is not an overly exciting SP option, but you could do much worse for your SP4/5 in a mixed fantasy league. He has been having a great deal of success in missing bats so far through his two 2018 starts, even if he is giving up runs to opposing teams. He is on the road for both his trips to the mound this coming week, but for a Toronto pitcher, that is not necessarily a terrible situation. He does face Cleveland to wrap up the scoring period, and thus may not be a great two-start option. Then again, a start in Baltimore is not necessarily a full positive for him, either, but the K potential is a nice upside.

Lively is an intriguing NL option, who came within an out of tossing a QS in his first outing of the season against the Mets on the road. He ran into trouble in the sixth inning, which is a slight concern. He features a 90 MPH fastball and does not generate a huge number of groundballs and was victimized badly by the longball at home last season. He does have a couple of good matchups in Week 2, however, with the Reds coming to Philly to open the scoring period on Monday, and then his second time to toe the rubber takes place in Tampa, which should be in his favor.

Fulmer ran into trouble trying to get through the lineup the third time in his first start of the season, when he was unable to get an out before getting lifted in the sixth inning. Despite his issues in the sixth, he was efficient with his pitch count. He does pitch for the White Sox, who do not figure to be a powerhouse this season, and that will work to limit his utility going forward. 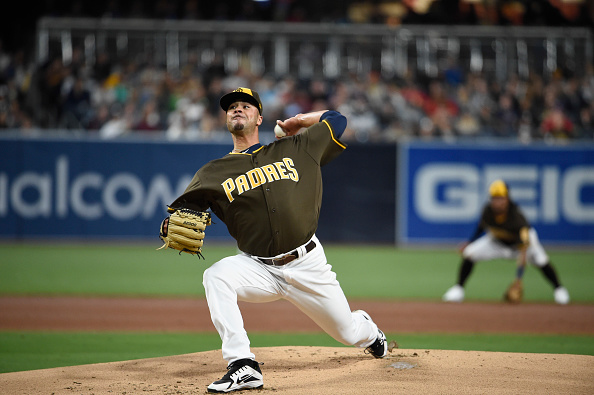 Lucchesi also pitches for a team that does not project as a post-season favorite, but he has skills to recommend him, not the least that he will be relied upon to be a regular part of the Padre rotation. He has a low-90s fastball but has managed to rack up Ks in the lower minors beyond what would be expected, and he did collect 7 Ks in his second start against the Rockies. He gets to face the same squad again for his first Week 2 appearance, and then has the Giants at home. The start at Coors does carry risk, naturally, but the second start looks favorable.

Odorizzi gets a pair of home outings in Week 2, although the first is against the reigning World Champs and Justin Verlander . He has exhibited a propensity to allow homers and Target Field tends to amplify that problem for pitchers. He is a better option as a late-week streamer than a true two-start choice this coming week.

Hernandez started the season strong but was banged around severely by the Giants in his second start, yielding three homers and eight earned runs over just four innings. He will look to get back in the groove when he heads to KC, then takes on Oakland back at home in his next two starts, but at this point, he is highly matchup dependent. This week does not look bad, but this is not the King Felix of old anymore.

Teheran only avoids the bottom tier by having a pair of road starts this week. He is a disaster at home but does have some promise pitching away from SunTrust Park. Even so, he is only a desperation SP, having to face both the Nationals and Cubs in his two starts in Week 2.

None of these pitchers are worth starting twice in Week 2. Most are not worth considering for even one start. Daniel Norris may not even be in Detroit for all of Week 2, as the Tigers have to make a roster move with Mike Fiers due to be activated by the team and due to join the rotation. Tomlin facing Detroit and fellow bottom-tier resident Matthew Boyd has some potential, just because he pitches for the Indians, and Gibson taking on the White Sox could have some value for streaming purposes. The rest of this tier will need to put together some decent outings to move out of “avoid” status.