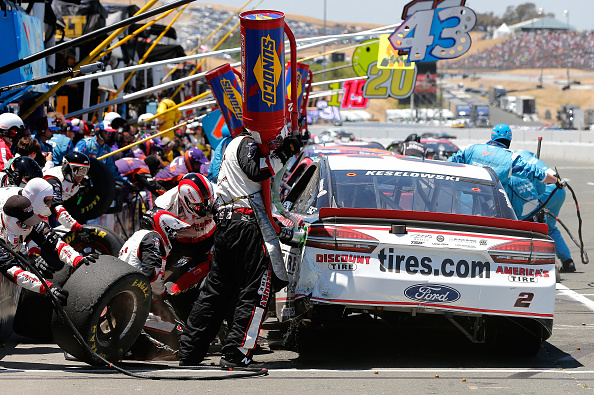 The first road race of the year beckons this week as NASCAR heads to Napa Valley and Sonoma Raceway. This isn’t your standard Sonoma that we’ve seen over the last 20 years though as they brought back the traditional layout for Sonoma with the Carousel back in place instead of the Chute that’s been used in its place. The change to the Carousel adds about a half-mile to the length of the track as well as a couple more turns and adds a new passing section or two to the track. It also makes it a tad more technical of a drive than it has been previously.

If you look at the track breakdown and the practice notes you will gather several interesting tidbits about the track and drivers history’s here in addition to checking out the practice to qualifying table at the top of the practice notes. However, a tidbit that wasn’t previously included is this: 16 of the last 18 winners here have been 30 or older at the time of the win, though that stat doesn’t include the Carousel being a part of the layout. Another tidbit buried in the podcast, which you should also listen to, is that no driver making their first run on a Cup series road course has a top-10 finish this decade and there are three drivers in the field that that pertains to in Ryan Preece, Matt Tifft, and Justin Haley.

Strategy for this race is all about position differential and maximizing finish position. Laps led, Fastest laps, and laps completed won’t add much to the score since there are only 90 laps in the race total. Speaking of laps, the stages are 20, 20, and 50 laps in length on Sunday meaning that there will only be three pit stops necessary if there aren’t any cautions aside from the stage cautions, though that’s unlikely to happen given the history at this track and the new layout which was wreaking havoc with some drivers during practice.