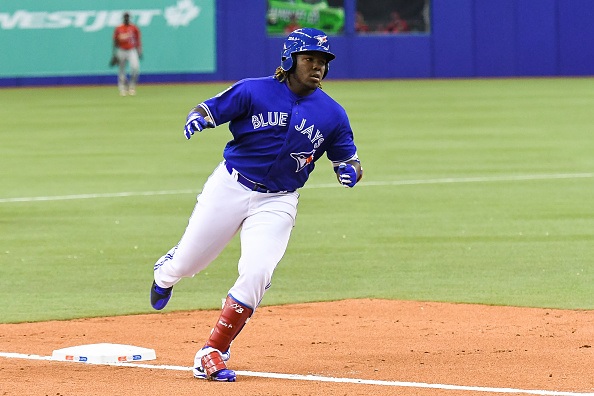 The last few weeks we have been going through prospects by positions, and that continues this week with third baseman next on the list. The hot corner is already perhaps the deepest position in fantasy already, and that doesn’t account for the new crop of players coming up in the next few years. Having an elite bat on your roster at any position is always helpful, but if you have a young, cheap one, it saves time on draft day and allows you to add depth much more easily, especially at deep positions. 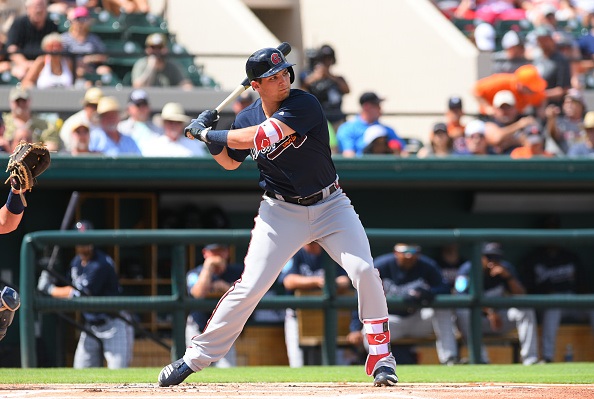 Only the second position player to crack the top-eight of Atlanta’s system (the other being Ronald Acuna ), Riley has all the makings of their third baseman of the future, and soon-to-be present. He was drafted out of high school in the first compensatory round in the 2015 draft (41st overall) and since then has steadily moved through the Braves system with pace, reaching Double-A last year as a 20-year-old. Riley’s first full pro season came in 2016 at A-ball where he played 129 games (495 AB) and hit .271/.324/.479 with 20 homers, 80 RBI, 68 runs, and three steals. That was good enough to split last season between High-A and Double-A Mississippi with 129 games played again and a slash line of .275/.339/.446 and 20 dingers, 74 RBI, 71 runs, and two steals. Riley’s defense is clearly good enough to stick at third and his 60-grade plus Arm tool plays well there. The raw power is coming in well, with four homers in 19 games already this season, and he should profile as a .270-.280 hitter with 25+ homer upside in the middle of the Atlanta order. There is no one blocking him so it’s simply whenever he is ready to join the big club.

Originally slated as a shortstop coming into the draft, the Orioles changed his position to third starting last season and if any team is going to have success with this it’d be the O’s…Manny Machado anyone? Mountcastle, 21, has worked his way one step at a time through the system since being taken in the 2015 draft. Now at Double-A, he split 2017 between High-A and Double-A, tallying 127 games played with 513 at bats. Mountcastle finished with a .287/.312/.490 triple slash with 18 homers, 81 runs, 62 RBI, and eight steals. Aside from the homers, he also had a minor-league-best 48 doubles giving him 67 XBH on the year. The biggest issue facing him at this point is the complete lack of walks he draws. His career best mark so far in BB% is 5.1 (25 walks in 489 plate appearances) and that’s in 115 games in 2016. Last year he hit more homers than he had walks, 18-17, and that’s not what big league clubs want to see. That being said however, he does have very good bat-to-ball ability and good pitch recognition combined with a nice inside-out swing that keeps him from getting jammed. With Manny Machado likely to not be back in Baltimore, and playing short at the moment anyway, there isn’t much standing in his way, except walking more.

A third baseman for the Rockies not named Nolan Arenado ? Yes they exist and Welker is just that. Taken in the fourth round of the 2016 June Draft out of Stoneman Douglas High in Florida, he has been working his way up to A-Advanced since then. The most games played by Welker thus far in a season was the 67 at Class-A last year where he posted a .350/.401/.500 slash line along with six homers, 33 RBI, 32 runs, and five steals. Prior to that in 2016, at rookie ball, he played 51 games and tallied five homers, 38 runs, 36 RBI, six steals, and a .329/.366/.490 line. Clearly those are smaller sample sizes but they show the talent this young man possesses. Welker is thought of as a young Nolan Arenado by scouts in the Rockies organization, which is pretty high praise, but his quick stroke, build, and pitch recognition ability are why he gets the comps. Arenado will be in his fourth year of arbitration eligibility in 2019 and free agent heading into 2020 so the path will be clear at that point for Welker to assume the role.

Another hot corner man who was moved there from short once he turned pro, in 2016 as the 52nd overall pick in the draft. The 19-year-old prospect is at least a 50-grade player across the board with above-average hit and power tools and a plus arm tool. Jones’ pro career has featured a 32-game stint at rookie ball in 2016 and a 62-game assignment at Low-A in 2017 during those stints he’s slashed .257/.388/.339 and .317/.430/.482 with a combined four homers, 51 runs, 42 RBI, and four steals. Now this year, at Class-A Lake County and 19 years old, he’s hitting just .185 in the first eight games, but he does have a .333 OBP and a .200 BABIP. Jones does have a homer, five runs, and five RBI on the year with six walks already. At 6’4” and 185 lbs. it will simply take some time for his power to come in as he adds bulk to his frame while continuing to refine his left-handed swing while fielding right-handed at third.

Nelson is likely the guy taken deepest in the draft that I have featured in this column in the past two years. He was originally drafted in the 18th round by Boston in 2015 but instead played a year of junior college ball and was drafted by Miami in 2016 in the 15th round. Since then he’s been opening eyes in the system, and outside of it. Nelson, a 6’2” 180-pounder, was a short stop in school and then moved to third after being drafted while putting up very nice numbers for either position. His first full season came last year at A-ball when he played 102 games while compiling a .309/.354/.456 slash line with seven homers, 59 RBI, 41 runs, and six steals as well as a .399 BABIP and .365 wOBA. Yes seven homers is a little light for a third baseman however his frame is still growing and adding strength and if he lowers his 55.2% ground ball rate from last year, more air under the ball means more homer potential. Even with the high ground ball rate, Nelson still managed 31 doubles and three triples last year for a total of 41 XBH. A minor knee injury has kept him off the field to start the 2018 campaign, but he is supposed to be ready to go come the start of May and will likely start again at A-Ball before moving up pretty quick. With an aging Martín Prado really the only one ahead of him at the hot corner, there’s not much stopping him and Prado will be a free agent after the 2019 season.