Vladimir Guerrero Jr. went 2-for-4 with two runs scored, two RBI, and a walk against the A's on Wednesday.

Guerrero Jr. singled in the first inning off of Chris Bassitt and scored on a base hit by Randal Grichuk. He'd later draw a walk in the eighth and drove in two insurance runs in the ninth with a 114 mile per hour double to left field. The 22-year-old first baseman has broken out to a .347/.484/.622 slash line with seven homers, 21 runs scored, 22 RBI, and one steal over 124 plate appearances.  12:50 am (EST) 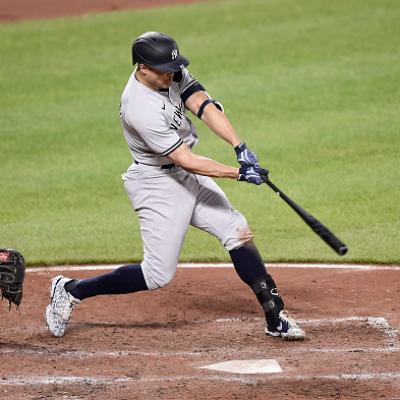 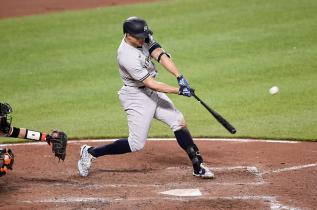 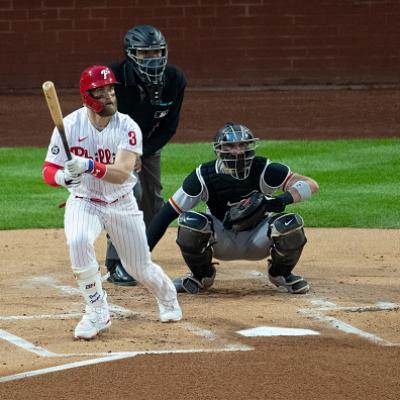 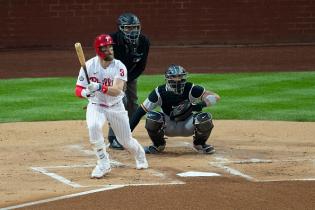 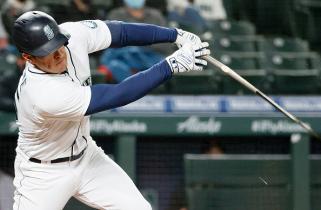 M. Stassi - C
LAA
Angels placed C Max Stassi on the 7-day concussion injured list.
It's unclear exactly when Stassi sustained the injury, but he was absent from the Angels' starting lineup on Wednesday evening and he'll now be sidelined for at least the next week. It sounds like Kurt Suzuki will handle the bulk of the catching duties in his absence.
Added 7:57 pm (EST)
Added 7:57 pm (EST)

C. Welker - 3B
COL
Colton Welker has been suspended 80 games by Major League Baseball after testing positive for a banned substance.
Welker, one of the top prospects in the Rockies' minor-league system, who is currently playing for Triple-A Albuquerque, tested positive for dehydrochlormethyltestosterone (DHCMT), a performance-enhancing drug. The 23-year-old third baseman could've had a clear path to semi-regular at-bats at the hot corner in Colorado with Nolan Arenado no longer in the picture, but that is unlikely to happen now.
Added 7:50 pm (EST)
Added 7:50 pm (EST)

A. Pujols - 1B
LAA
Angels GM Perry Minasian said Thursday that Albert Pujols wants to continue his playing career.
Pujols was designated for assignment by the Angels earlier on Thursday afternoon. He's set to become a free agent if he goes unclaimed on waivers. Minasian also added that there had been internal discussions regarding whether to move on from the veteran first baseman over the last two weeks. It's become abundantly clear that the final decision has more to do with the emergence of Jared Walsh as an everyday first baseman and Shohei Ohtani occupying the team's designated hitter role than anything else. At 41 years old, Pujols wants to continue his legendary career, but it's unclear whether there will be any interest once he hits the open market.
Added 7:42 pm (EST)
Added 7:42 pm (EST)

J. Lester - SP
WSH
Jon Lester allowed three runs over five innings on Thursday in a loss to the Braves.
Lester faced the minimum his first time through the Braves' lineup before giving up an RBI double to Marcell Ozuna and a two-run single to Ehire Adrianza in the fourth inning. He finished with five strikeouts and also issued two walks. The 37-year-old veteran southpaw has recorded a respectable 2.70 ERA, 1.30 WHIP and 6/4 K/BB ratio across 10 innings (two starts) to open the 2021 campaign. He'll face off against the Phillies at home on Wednesday in his next start.
Added 7:20 pm (EST)
Added 7:20 pm (EST)

D. Smyly - SP
ATL1
Drew Smyly was charged with one run (zero earned) over six innings on Thursday in a win over the Nationals.
Smyly struck out four batters and also issued four walks. He gave up only four hits and managed to keep the ball in the year in this one after allowing a whopping nine homers over his first four starts. It was a nice bounce-back performance, but the 31-year-old lefty has struggled overall in his Braves debut, compiling a bloated 6.12 ERA, 1.48 WHIP and 22/11 K/BB ratio across 25 innings (five starts). He'll look to keep the momentum going against the Blue Jays at home on Wednesday in his next outing.
Added 7:19 pm (EST)
Added 7:19 pm (EST)

W. Smith - RP
ATL1
Will Smith tossed a scoreless ninth inning on Thursday, protecting a one-run lead against the Nationals to collect his seventh save of the season.
Smith didn't make this one easy, at all. He served up a leadoff double to pinch-hitter Ryan Zimmerman, which put the tying run in scoring position. Yet, he managed to settle down, retiring three consecutive Nationals' batters to extinguish the threat and ice the narrow victory. The 31-year-old lefty owns a 2.77 ERA, 1.08 WHIP and 17/7 K/BB ratio over 13 innings this season.
Added 7:18 pm (EST)
Added 7:18 pm (EST)