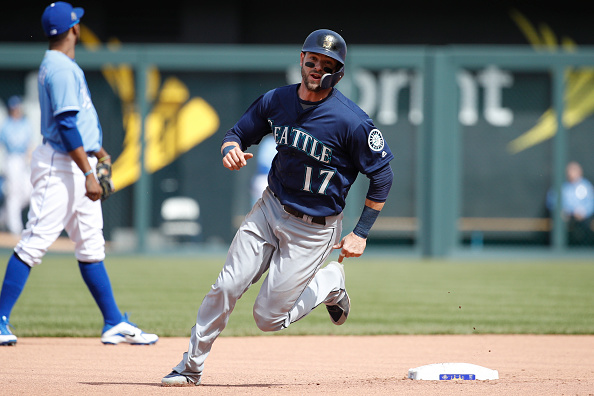 Mitch Haniger , SEA OF (71% ownership), FAAB Bid - $16 - Let’s give this man some recognition damnit! Yes he is owned in 71-percent of Yahoo! leagues, but that’s simply not enough. Haniger is tied for sixth in RBI across all of Major League baseball. He has a .948 OPS this year which is 100 points higher than what he posted last year, which was still a very respectable mark! He also has a .404 wOBA and a 41.7-percent hard hit rate on the year. He’s the best player in the Mariners lineup and he yet is being mentioned after guys like Cano, Cruz, Gordon, etc.

Tyson Ross , SDP SP (16% ownership), FAAB Bid - $15 - Something about a Padres uniform brings out the best in Tyson Ross . He had a no-hitter into the eighth inning of the Padres game against the Diamondbacks on Friday night and ended up striking out 10 over 7.2 innings. Not only do the external numbers (ERA, WINS, WHIP) look good, but the internal numbers are solid as well. He has a 23.5-percent K-rate, 3.22 FIP and a 50.7-percent ground-ball rate. The Padres offense are actually putting up runs to support him so the two wins aren’t a fluke either. Ross is a must own as long as he continues to pitch this way going forward.

Josh Hader , MIL RP (71% ownership), FAAB Bid - $15 - It is really, really nice to see the Brewers using their best weapon to shut the door in the ninth inning, isn’t it? I know I’ve suggested Hader in a previous waiver wire piece, but that was before he was racking up saves. He’s now posted two straight two-inning saves in which he’s notched eight strikeouts. Hader has an elite 25 K’s in 11.2 innings and should continue to get all of the save opportunities with Corey Knebel is out. He’s a must-own in all formats. 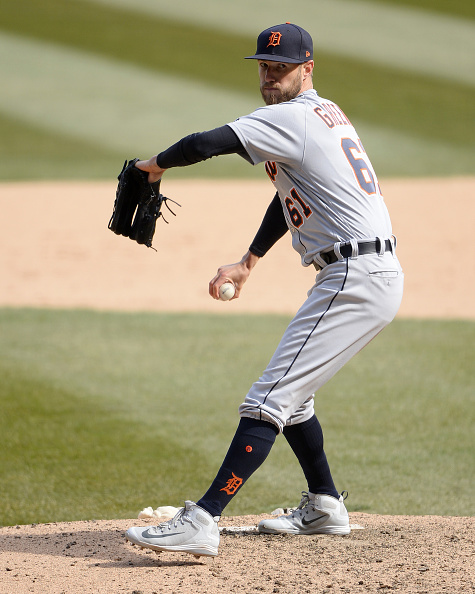 Shane Greene , DET RP (62% ownership), FAAB Bid - $10 - If Greene were pitching for a team in contention he might accrue a few holds, but he’s pitching for the Tigers and he’s their closer. He’s not owned nearly highly enough for a guy who’s already picked up three saves and a win this season. Green has a 11 K’s in 8.2 innings which is another category boost for our fantasy teams. He’s a decent source for saves as long as he’s not traded at some point during the year.

Chad Bettis , COL SP (32% ownership), FAAB Bid - $9-10 - I’m not sure this is sustainable, but ride Bettis while he’s white hot. He has a 1.44 ERA and three wins which are obviously huge categories in most fantasy leagues. The 47.1-percent ground ball rate is really nice to see especially when you note he pitches his home games at Coors Field. His 5.4 K/9 is horrible and there is no denying that, but he fits on a roster that has starters and relievers that will make up for the lack of tally’s in that department.

Brandon McCarthy , ATL SP (14% ownership), FAAB Bid - $7 - McCarthy is similar to Chad Bettis above from a sustainability aspect, but when healthy, he has a solid track record. It’s very rare to see McCarthy healthy for an extended period of time however, so proceed with caution here. He has, without a doubt, been extremely solid and very valuable as a fantasy pitcher. He already has three wins and has posted four straight starts of three earned runs or less. His 20.5-percent K-rate is solid to go along with his 50-percent GB rate. McCarthy is pitching like an SP3 right now and won’t cost you much of your budget either.

Harrison Bader , STL OF (1% ownership), FAAB Bid - $3 - Stolen bases are so, SO scarce right now that as soon as we see somebody swipe a few bags are eyes light up. Bader has three stolen bases on the year and they’ve all come within the last five games. He’s stolen plenty of bags at the Minor League level before but he has yet to eclipse 17 in a season. How many bags can the 23-year old platoon outfielder steal? Is he worth the add? In deep formatted leagues, especially NL-only formats, it’s worth the risk to have Bader occupying one of your roster spots.

Mitch Moreland , BOS 1B (5% ownership), FAAB Bid - $3 - Although he’s only a platoon player at this point, Moreland is playing himself into more at-bats, plain and simple. He’s hitting .333 with two home runs and 11 RBI after hitting a huge grand slam on Friday night. I wouldn’t suggest picking him up in anything more than 15-team formats, but he’s worth the roster spot even with his limited role as of now. The Red Sox are going to have a hard time sitting him against right-handed pitchers and as we all know, there are more righties than there are lefties.

Leonys Martín , DET OF (4% ownership), FAAB Bid - $2-3 - With the Tigers offense having a lot of holes to be filled, Martin is filling the void as the leadoff man. He’s actually done quite a nice job as he’s scored 12 runs in 17 games while hitting .277 as well. He’s attempted three steals and although he’s only been successful once, it’s not for a lack of trying. Martin is the logical option to continue leading off until the Tigers decide they want to go younger across the diamond. He’s a viable candidate in big formats.

*Ownership Percentages courtesy of Yahoo!
** FAAB Bids based on $100 budget