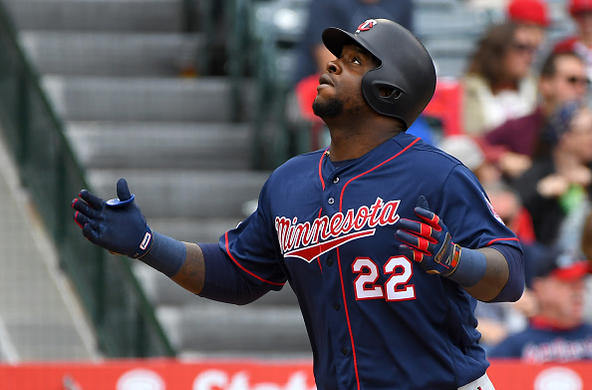 Update on the Braves Closer Job: Who the hell knows?! I give Sean Newcomb just the slightest bit of credit and recognition and he goes out and gives up a home run in each of his last two appearances. I’m still optimistic and hopeful for Luke Jackson , but that bullpen is such a mess right now. 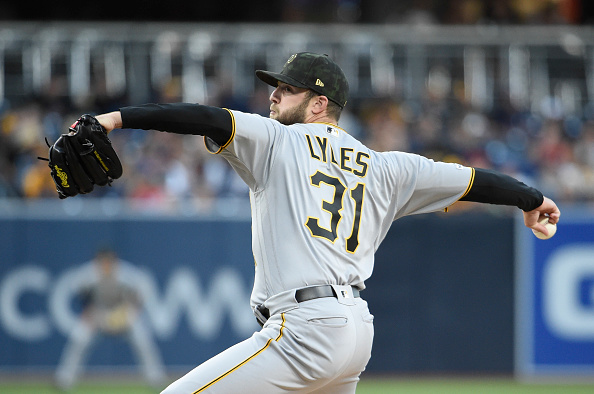 Jordan Lyles SP PIT; FAAB Bid: 12% - I’ve been slow to come around on Lyles, but I can’t argue with what he’s done lately. Sure he gave up six earned runs in his last start, but keep in mind through five innings he was working on a two-hitter against Colorado. He was an out away from a quality start before getting roughed up and he even said it left a sour taste in his mouth. He still got his third win in his last three starts nonetheless. His strikeout totals are looking better. He’s averaging over a strikeout per inning on the year and over his last three starts he has 24 K’s. He’s a two-start pitcher next week against the Reds and Brewers. Jon Gray is another solid candidate worth adding in shallower leagues and like Lyles, Gray is also a two-start pitcher next week.

Hunter Pence OF TEX; FAAB Bid: 10% - So people are a little slow to come around on Hunter Pence . He’s still under 60% owned on Yahoo and under 40% owned in ESPN leagues. Since May 7th, Pence has a slugging percentage of .815 with seven home runs, 20 RBI, and five doubles. He’ll get a little job security with Willie Calhoun hitting the Injured List. Pence is swinging a hot stick, but for whatever reason owners just don’t want to yield and pick him up.

Miguel Sanó 1B, 3B MIN; FAAB Bid: 12% - Sano has finally made his 2019 debut and has joined the onslaught that the Minnesota Twins offense has been on. As a team, Minnesota has already hit five or more home runs in a game six times. Sano’s only played in seven games, but he’s already hit five home runs, four of which have come in his last three games. The plate discipline might be frustrating at times, but so far all of his hits have gone for extra bases. His ownership will likely climb over the next few days so grab this big source of power while you can.

Marwin Gonzalez 1B, 2B, 3B, SS, OF MIN; FAAB Bid: 10% - Sano’s teammate also deserves some attention off the waiver wire. Gonzalez can be played virtually anywhere save for pitcher and catcher. He gives your roster so much flexibility and he’s been pretty effective at the dish as of late. Since May 2nd, he’s slashing .338/.402/.527 with 16 runs scored and eight multi-hit games in that span. What’s even nicer to see is that Gonzalez has been hitting in the three-hole over Minnesota’s past few games. The Twins offense is rolling right now so any exposure you can get to them is beneficial to your fantasy team.

Cavan Biggio 2B TOR; FAAB Bid: 5% - And the year of the prospect rolls on with Cavan Biggio ! Biggio made his big league debut on Friday night going 0-for-3 in the eighth spot in Toronto’s lineup. Long-term he could be a 20/20 threat. So far in 2019 in the minors he’s slashed .307/.445/.504 with six home runs and five steals in 42 games. Don’t go wild with the FAAB bid. While Vladimir Guerrero Jr. has started to come around, similar success isn’t always a guarantee with prospects. But in 12-team league or deeper Biggio is worth a stash.

Hansel Robles RP LAA; FAAB Bid: 8% - Robles, along with a few other names from the Angels bullpen made the waiver advice column a few weeks back when Cody Allen hit the Injured List. Cody Allen has done little to reclaim the closer’s job. Thursday night he surrendered two home runs to Minnesota in 1.1 innings of work raising his ERA to 5.51 on the season. The Angels have hit a brief losing streak, but Robles and Ty Buttrey logged the last two saves roughly a week ago. I’d say Robles is still the preferred option over Buttrey, but in deeper leagues Buttrey is worth a look. The Angels don’t even appear to consider Allen as an option in the ninth inning so this looks like Robles’ job for now.

Brendan Rodgers 2B, SS COL; FAAB Bid: 3% - He hasn’t hit a home run yet and he isn’t walking, but he’s still generating and producing on offense. He’s started in each of Colorado’s last three games going 6-for-13 with three runs scored and four RBI. It’s still a small sample size, but it’s progress. He still has to compete with Ryan McMahon for starts at second base, which is frustrating, but again you don’t need to spend too much on Rodgers. Either guy can provide runs scored, but Rodgers is likely more available in deeper leagues. 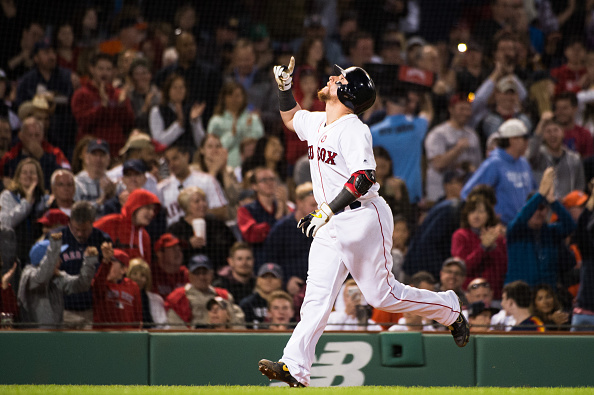 Christian Vázquez C BOS; FAAB Bid: 6-8% - Vazquez has quietly had a very productive season. He’s slashing .300/.343/.515 with seven home runs, 18 runs scored, and 17 RBI. If you got fantasy points for gunning down opposing runners, he’d be an elite option at his position. He’s hitting .423 since May 4th and he hasn’t been striking out as much as he normally does so he’s seeing the ball better despite the non-existent walks. There will be days when the Sox sit him for Sandy León , but those days are few and far between. For the most part, Vazquez is the every day catcher in Boston.

Scott Barlow RP KC; FAAB Bid: 2% - Not too long ago I wrote up Barlow’s teammate, Richard Lovelady, as the potential closer to finish the Royals 2019 campaign. Lovelady’s had his share of up’s and down’s this season so that prediction doesn’t seem likely. But Barlow has looked very impressive with the exception of his last appearance, which came on Wednesday. On the season, Barlow has a 3.38 ERA (2.92 FIP and 2.57 xFIP) and he’s struck out 38 hitters in 24 innings. That’s a 14.25 K/9 and he’s walked only eight. He features a pretty good fastball, but his slider is his bread and butter. The Royals don’t have much to play for, but there’s a possibility he gets some save opportunities down the stretch.