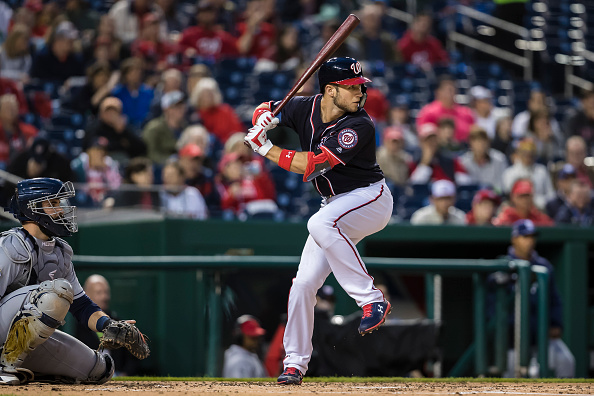 As fate would have it, the fantasy baseball Gods couldn’t let us have Clint Frazier for too long. And do you want to know how annoying that is? He had a great weekend just seven days ago and I had to wait until Wednesday (since this article comes out Wednesdays and Saturdays) to write him up and sure enough in Monday night’s game he gets hurt and hits the Injured List on Thursday after the Yankees initially thought the injury was minor. I’m a Red Sox fan and this bums me out. Again, “the injuries to the Yankees present opportunities for other players” and blah blah blah. I will touch on a couple lads in pinstripes for this weekend edition of the Waiver Advice column as well as a couple of other names you need to monitor!

Frankie Montas (Starting Pitcher – Oakland Athletics) FAAB Bid: 8% - I’m throwing Montas into the Waiver Wire column because he’s a two-start pitcher next week on the road in Boston and Pittsburgh. Here’s what I like about Montas: he doesn’t give up too many free passes and he hasn’t allowed a home run in his last dozen innings of work. Part of the success in his last two starts has been due to an increased usage of his slider and his fastball sits comfortably at 96-98mph. His FIP (4.15) is over a full run higher than his ERA (3.10), but his performance has been improving so he’s worth an add if you seek starting pitching assistance.. 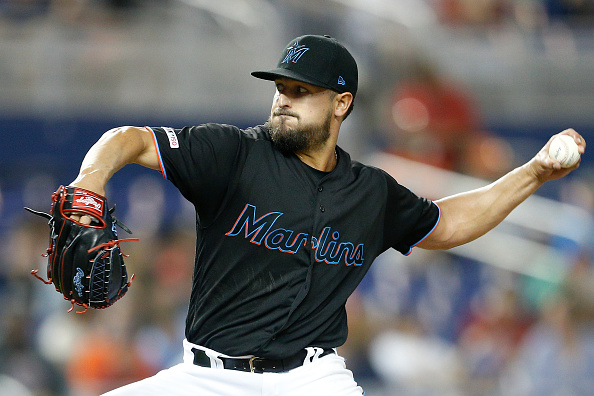 Caleb Smith (Starting Pitcher – Miami Marlins) FAAB Bid: 15-18% - Caleb Smith is a good pitcher. He’s a really good pitcher especially for fantasy. The wins may not be there because he plays for the Marlins after all, but Smith has four straight quality starts and overall he has 37 strikeouts in 29 innings of work and he boasts a 15.6% swinging strike rate. Smith should be owned everywhere at this point and yes, I think he could be a Top 25 starting pitcher rest of season.

Shin-Soo Choo (Outfielder – Texas Rangers) FAAB Bid: 10-15% - Choo appeared in this piece on Wednesday and he’s still hitting leadoff and he’s still performing well at the dish. The home runs still aren’t there as he only has one, but 14 of his 26 hits have been for extra base hits. He’s an older player, but he’s still a really strong fantasy contributor in roto and head-to-head categories formats.

Christian Walker (First Baseman – Arizona Diamondbacks) FAAB BID: 5-8% - Given that Walker is still available in about half the leagues on ESPN and Yahoo, you don’t need to spend too much on him. Fantasy players may be low on him cause he’s 28 years old and having a bit of a breakout season. Right now he’s slashing .326/.388/.663 with seven home runs, nine doubles, 15 runs, and 15 RBI with a few stolen bases. He does take a hit in points leagues. He’s striking out three times as much as he walks so in that format you can stash him, but he is a gamble when you put him in your lineup.

Mike Soroka (Starting Pitcher – Atlanta Braves) FAAB Bid: 10% - Soroka is one of the many young arms the Braves possess that could one day amount to something in the big leagues. Additionally he’s one of the few that’s off to a decent start so far with 13 strikeouts in 10.2 innings of work. He’s a two-start pitcher next week at home against San Diego and then a road matchup against the Marlins in a very favorable pitcher’s park. Expect a spike in his ownership this weekend due to next week’s matchups.

Carter Kieboom (Shortstop – Washington Nationals) FAAB Bid: 10-20% - Washington called up their top prospect Carter Kieboom (hell of a name) and he managed to rip a solo home run in his first big league game. The Nationals have had a plethora of top prospects come up through the organization in recent years: Juan Soto , Victor Robles , Trea Turner , etc. and Kieboom could be the next household name coming up their pipeline. It’s still a bit of a mystery as to what exactly the Nationals will do with Kieboom once Trea Turner is healthy enough to return and assume the starting shortstop duties. But while he recovers from a broken finger Kieboom will take control of the shortstop position. On Friday night he hit ninth in the batting order, but if he can maintain solid offensive production, Washington will have to move him up.

Brett Gardner (Outfielder- New York Yankees) FAAB Bid: 3% - No need to spend big here. You can probably pick him up for free. He’s only hitting .237 with a .798 OPS as of right now. He gets a mention in this article because of the opportunities for playing time in the short-term. It’s no secret the Yankees are littered with injuries so playing time for Gardner right now is safe. You can hang your hat on the fact he has five home runs and three steals and New York has to keep him at the top of the order.

Sergio Romo (Closer – Miami Marlins) FAAB Bid: 12% - As it stands, this waiver addition is risky because the Marlins don’t win many games. Through April 26th they have a grand total of… *drumroll* EIGHT! Eight wins! And if you’re smart you know that not all those wins will come with a save. Sergio Romo has just four saves on the year, but three have come in the last week or so. But aside from the saves Romo has not allowed a hit, walk, or a run to score in his last three appearances in save situations. So in high leverage opportunities he’s converting. His ERA is still at 6.00, but it looks like he’s finding his groove.

Michael Chavis (Third Baseman – Boston Red Sox) FAAB Bid: 5% - The Red Sox don’t have many top prospects largely due to the fact they shipped them off to acquire established veterans that helped them get a World Series championship in 2018. So while it’s been a slow start to the 2019 campaign the Red Sox have called upon one of their remaining top prospects, Michael Chavis. Chavis could eventually pick up second base eligibility, which also means middle infield eligibility too. In his last three games he is 3-for-13 with a pair of home runs, four runs, four RBI and a stolen base. It’s a very small sample size, but if he finds himself getting regular starts in a stacked lineup such as Boston’s then he should be monitored. 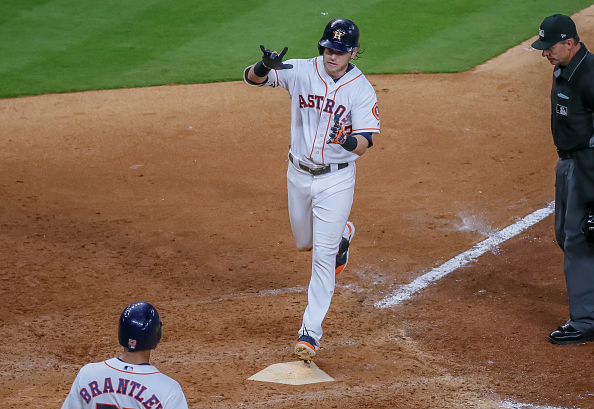 Josh Reddick (Outfielder – Houston Astros) FAAB Bid: 5-8% - Has anybody seen what Josh Reddick has done lately? It’s absolutely bananas! Here’s a quick caveat: he isn’t playing every day. That’s a bit of a problem, but since April 9th he’s slashing .442/.478/.698 with three home runs, ten runs, six RBI, and a stolen base. Houston’s only utilizing him in the sixth or seventh spot in the lineup when they do play him but in deeper leagues he’s worth plugging in when he’s getting a start because he has seven multi-hit games in his last 11 starts.

Mike Tauchman or Tyler Wade (Outfielder/Second Baseman – New York Yankees) FAAB Bid: 2-4% - Tauchman and Wade are eligible at different positions, but both should have plenty of opportunities to stick in the lineup in the short-term. Tyler Wade can definitely help in the steals department as he has five at the moment with seven runs and nine hits. If you’re in need of more power than base running then Tauchman is an outfielder worth looking at. His batting average may kill you, but in terms of counting stats (nine runs and eight RBI) you could do much worse in a deeper league. Again, like Wade, he could appear in the lineup on a consistent basis with all the injuries that the Yankees have incurred.

John Means (Starting Pitcher – Baltimore Orioles) FAAB Bid: 1-2% - Without rehashing some of the old names I’ve thrown out there lately I’ll look to the waiver wire to add a fresh player and wouldn’t ya know it, John Means is a two-start pitcher next week! Here is what I like about Means: he’s averaging more than a strikeout per inning and he could gain SP/RP eligibility at some point. Here’s what I don’t like about Means: he doesn’t pitch deep into games and his 1.74 ERA next to his 3.30 FIP and 4.16 xFIP signals egression is due. But he has two matchups on the horizon this week against the White Sox and Rays. If he doesn’t perform well then you can cut bait, but for the upcoming week he’s certainly worth streaming in deep leagues or AL-only formats.