Russell Westbrook double-doubled in Sunday's loss to the Celtics with 24 points (10-of-22 FG, 3-of-4 FT), 11 rebounds, four assists, one 3-pointer, one steal, one block and five turnovers across 36 minutes.

While Westbrook was rested on back-to-back sets through Washington’s first six of the season, he’s now played both games of the past two back-to-backs, which would suggest that he’s no longer interested in taking random rest days. That’s a great sign for his rest-of-season outlook in head-to-head leagues, and while the Wizards are sitting on a losing record, they’re still within shouting distance of making the play-in tournament — which lowers the risk of a potential late-season shutdown for Russ. Yesterday 9:58 pm (EST) 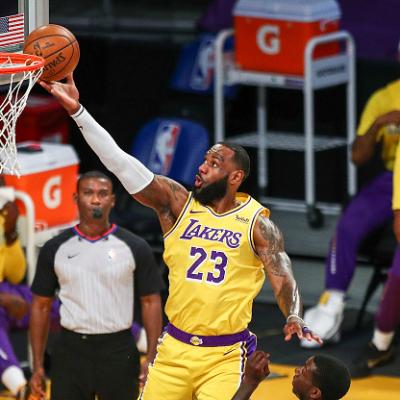 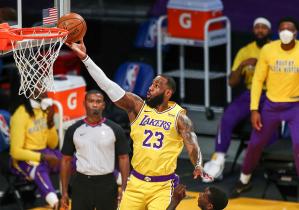 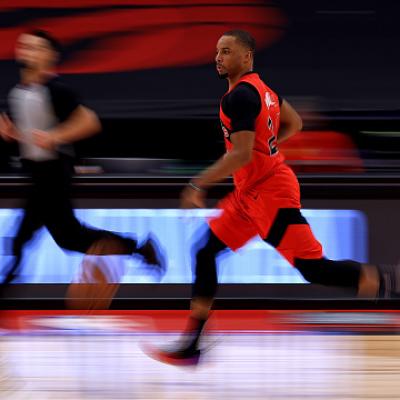 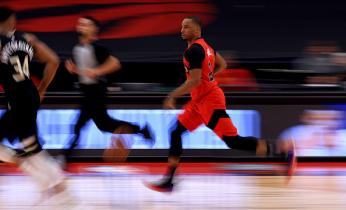 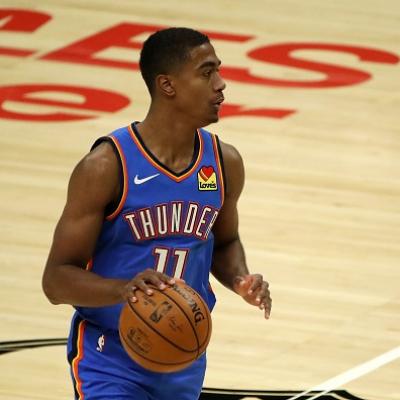 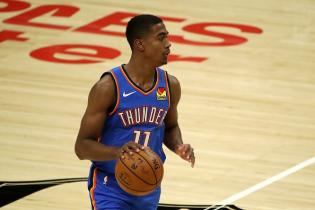 NBA Kristaps Porzingis (back) will play on Monday

K. Porzingis - PF
DAL
Kristaps Porzingis (lower back stiffness) will play on Monday against the Magic.
Porzingis played on Saturday and his injury listing on Monday was probably just precautionary. It should be a normal night for the big man who scored 18 points with four rebounds, two assists, three blocks, and one steal in 26 minutes in his return against the Nets.
Added 6:19 pm (EST)
Added 6:19 pm (EST)

M. Brogdon - PG
IND
Malcolm Brogdon (sore right knee) and Jeremy Lamb (sore left knee) are both game-time decisions to play on Monday.
Brogdon missed Saturday's game with his injury, and Lamb played just 12 minutes with his. Both are headed for game-time decisions and will test their knees out during their pregame routine. T.J. McConnell, Aaron Holiday, and Justin Holiday could all be in for big minutes depending on if anyone misses time.
Added 5:46 pm (EST)
Added 5:46 pm (EST)

G. Allen - SG
MEM
Grayson Allen (concussion) will not play on Tuesday vs. the Wizards.
This will be his second straight game on the sidelines, which will lead to more minutes for Desmond Banes and De'Anthony Melton. Allen belongs on the waiver wire in all formats.
Added 5:41 pm (EST)
Added 5:41 pm (EST)

J. Butler - SF
MIA
Jimmy Butler (right knee inflammation) is questionable to play on Tuesday against the Hawks.
Butler sat out Sunday's game with what Erik Spoelstra said was "minor inflammation." Chances are, the Heat will wait and see how he's feeling closer to game time and not push him so close to the All-Star break. If Butler can't play, Tyler Herro, Kendrick Nunn, and Goran Dragic will fill in his role. Nunn started on Sunday and scored 24 points on 8-of-15 shooting including four 3-pointers with seven assists, three rebounds, one block, and one steal in 33 minutes.
Added 5:35 pm (EST)
Added 5:35 pm (EST)

K. Anderson - PF
MEM
Kyle Anderson (illness, non-COVID) is being listed as questionable for Tuesday's game vs. the Wizards.
Anderson is feeling a bit under the weather, but it's not for COVID-related reasons, so there's a chance he'll play on Tuesday night. We'll have a better idea on his status following tomorrow's shootaround, but if Anderson is forced to take the night off, Brandon Clarke would have the opportunity to start and there would be more minutes available for Xavier Tillman.
Added 5:30 pm (EST)
Added 5:30 pm (EST)

K. Huerter - SG
ATL
Kevin Huerter (upper back tightness) is probable to play on Tuesday against the Heat.
This is a new injury for Huerter, who's been one of the few Hawks guards to stay healthy this season. He hasn't missed a game yet. We'd expect an update tomorrow when the Hawks sort out who'll even be coaching their team after they parted ways with Lloyd Pierce on Monday.
Added 5:27 pm (EST)
Added 5:27 pm (EST)

C. Reddish - SG
ATL
Cam Reddish (Achilles) will remain on the sidelines for Tuesday's game in Miami.
It'll be his fifth straight game out of the lineup due to soreness in his right Achilles, and with the way things have been going, it wouldn't be surprising to see him skip Wednesday's game in Orlando as well. Tony Snell should continue to start with Reddish on the sidelines, but he's a non-factor in fantasy hoops.
Added 5:26 pm (EST)
Added 5:26 pm (EST)