Predicting the First Round of the WNBA Draft 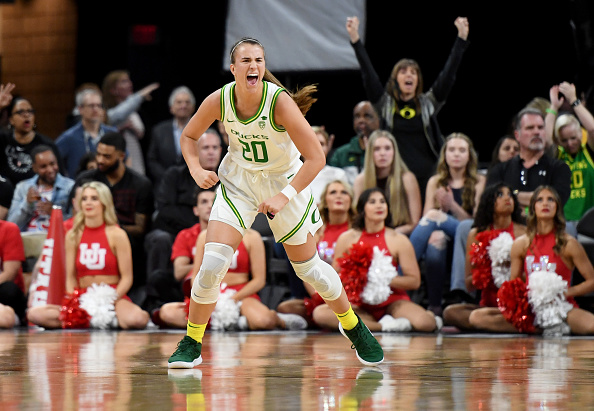 The start of the WNBA season is still up in the air, but the draft will go on as scheduled April 17.

In a lot of ways, this draft is a microcosm of the WNBA as a whole. Guards, especially point guards, are hard to come by. While we saw several guards get overpaid in free agency, we could see some teams reach for guards to try to fill a need. As such, look for one or more very talented bigs to slide in the draft because most teams do not need another post player, no matter how good they are.

After the draft, be sure to come back to FantasyAlarm for my draft recap, in which I will look at the fantasy impact of the top rookies in their new homes. I will also break down any draft-day trades and what we can expect for fantasy as a result. This mock includes only the first round, though if there are any impact players who are likely to make a squad drafted in the later rounds, they will be addressed in the draft recap.

Any other result, except for a trade, would be completely overthinking it for the Liberty. I like Satou Sabally as much as the next person, but Sabrina Ionescu is a transcendent star, and she has a chance to be a transcendent player, as well. What little talent the Liberty have on the roster is mostly concentrated at the guard position, so you could talk yourself into Sabally or Lauren Cox being better fits, but I think the only way Ionescu is not in a Liberty uniform whenever the season starts is if they are blown away by a trade offer. One thing that Sabrina does better than anyone in this draft is, make her teammates better, and New York doesn’t have anyone who does that, especially if they trade Tina Charles. For that reason alone, Ionescu should be the first pick.

Lauren Cox is a local, and she might be better than any forward currently on Dallas’s roster. I would not criticize the Wings too harshly if they drafted Cox. I just think Sabally is a better player, and a better prospect and her ability to play either forward spot is quite valuable. Dallas will have plenty of opportunities to get a more traditional big later in this draft if they want.

Pairing Teaira McCowan with Lauren Cox would give Indiana the best pair of young bigs in the league. Put those two with Kelsey Mitchell, Victoria Vivians and what will almost certainly be a lottery pick in 2021, and you have a pretty good young core. Sabally and Cox are in a tier of their own, so if Indiana wants to trade out of this pick, they could get some nice offers.

If Indiana does draft Cox, I think there is a good chance they trade Candice Dupree and/or Natalie Achonwa. Both are free agents after the season, and they could help a playoff team, whereas they would just get in the way of playing Cox heavy minutes in Indiana.

I would really like to see Carter fall to Minnesota at six, especially because I know some vocal Lynx fans on Twitter want anyone but her, and I usually root for chaos. This pick just makes way too much sense for me to see Atlanta passing on her.

Carter would fill Atlanta’s two biggest needs: point guard and scoring. Atlanta had the worst offensive rating in the WNBA last season, more than four points per possession worse than the next closest team. Acquiring Courtney Williams certainly helps, but they still have a ways to go to be even an average offense, and Carter may be the best pure scorer in this draft. She would be perfect as a bench scorer/closer if Nicki Collen insists on starting Renee Montgomery, and she could be the starter in 2021 if Montgomery leaves in free agency. Perhaps most importantly, drafting Carter would allow the Dream to play Courtney Williams exclusively at the two and to be patient with second-year guard Maite Cazorla.

Carter has gotten some criticism for strictly being a scorer, but I think her passing is underrated, and I also think it’s a mistake to assume she can’t improve as a distributor. Even if she tops out as the point guard version of Riquna Williams, which I think is her floor, that would fill a glaring need for Atlanta.

This is the first pick in this mock draft that I think is at least as likely to be wrong as it is right. Dallas could go with pretty much anyone here, so if they think Ruthy Hebard or Megan Walker are better long term prospects, I won’t be at all surprised if their names are called. That being said, Dallas has a ton of bigs, and they’ll have less of a need for Walker on the wing if they intend to play Sabally at the three.

Even though Dallas has six guards on the roster, Moriah Jefferson is the only true point guard. Drafting Harris would allow the Wings to play Arike Ogunbowale exclusively at the two, and would also provide insurance in case Jefferson cannot return to the form she showed before her knee injury. If Dallas is going to draft a point guard, now is the time to do it, because the drop off is pretty severe from Harris to the next point guard on the board, Crystal Dangerfield.

The Lynx are probably disappointed Carter or Harris didn’t fall to them. They need a point guard more than they need an off guard, no matter how much they insist Rachel Banham, Lexie Brown and Cecilia Zandalasini are ready to handle the ball more.

That being said, they still need wings more than they need bigs, and Walker is probably the best player on the board. She might be the Lynx’s best shooting guard the day she is drafted, and she almost certainly has a higher ceiling than any of the guards currently on their roster.

It’s a travesty that Ruthy Hebard fell this far, and I’ve seen her fall even farther in some mocks. It’s also an indication of how badly the WNBA needs to expand. Hebard should be a solid big for a long time in this league, but the only team that actually has a need at that position is the Liberty. In fact, the Liberty should make a trade with Dallas so they can take Hebard themselves, perhaps as part of a three-team trade for Tina Charles.

Dallas really doesn’t need Hebard, but it’s not like Kristine Anigwe, Megan Gustafson,   Kayla Thornton and Isabelle Harrison are so good that you cannot add another forward. Hebard could wind up being the best of the bunch, and getting her this late is a good value.

Like most of the playoff teams in this league, the Sky don’t have a glaring need. They could perhaps take another backup point guard, but Diamond DeShields should handle the ball whenever Courtney Vandersloot is off the floor, and they also have Kahleah Copper and Gabby Williams as a point-forward if needed. Cheyenne Parker and Jantel Lavender are both free agents after this season, and the Sky could also use another forward as insurance in case Azura Stevens is hurt again.

Of course, Beatrice Mompremier dealt with a foot injury at Miami herself, so it’s probably good that the Sky wouldn’t have to count on her right away. At this point in our draft I think she is the best player available, and certainly has the most upside.

Of course, last season the Sky passed on the two players who would go on to finish first and second in Rookie of the Year voting so they could take a forward who they refused to play and then gave away after they killed her trade value. So needless to say, very little would surprise me with this pick.

Cooper might go higher than this, especially if Dallas, Chicago or Minnesota view her as a combo guard and not a pure shooting guard. Cooper could have a hard time getting on the court in Dallas, but unless the Wings make a trade, that will be the case no matter who the pick is. In any event, I think she’s the best player available at this point.

If the Mercury think they really need a point guard, they could easily take Crystal Dangerfield here. I just don’t see a compelling reason for Phoenix to take anyone but the best player available, and that is probably Gillespie. Gillespie likely needs to improve her three-point shooting to be a starter at the next level, but she shot 28.9 percent on threes and 70.8 percent from the free-throw line in her college career, so she is far from hopeless.

It seems like everyone on WNBA Twitter is in love with Bella Alarie, and I am concerned I am being swayed by that. Even so, she’s the top player on my board at this point in the draft, and it’s hard to call any pick this late in the first round a reach.

Seattle probably has even more of a need for a point guard than Phoenix, but like the Mercury, the Storm do not need to fill that spot this season. Sue Bird should be a solid third guard at worst in 2020, and they have Jordin Canada and Lewell Loyd locked up for the foreseeable future. It wouldn’t be a bad idea to draft a guard who can backup Canada and Loyd in 2021, but that is far from a necessity.

I have never loved Alysha Clark at the three, though Seattle has made it work. Clark is a free agent after this season, so even if she gets most of the backup three minutes in 2020, Bella Alarie would be a good insurance policy in case Clark leaves. Alarie shot 35.6 percent on threes at Princeton this season, so she should provide plenty of spacing for Breanna Stewart, Natasha Howard, and Seattle’s guards.

There is a decent chance whoever the Mystics pick doesn’t even make the roster, though I would cut Shatori Walker-Kimbrough for Crystal Dangerfield if it was up to me. Considering how many teams could use a solid backup point guard, I could see the Mystics trading this pick if Dangerfield is still on the board.

If the Mystics do make this pick, they’re probably going with the best player available, but in this case, that player could fill a need as well. Leilani Mitchell will turn 35 this season, while Natasha Cloud and Shatori Walker-Kimbrough are both free agents after the season. Dangerfield should be able to hold her own at the next level, but she wouldn’t be asked to shoulder the load on one of the deepest rosters in the league.