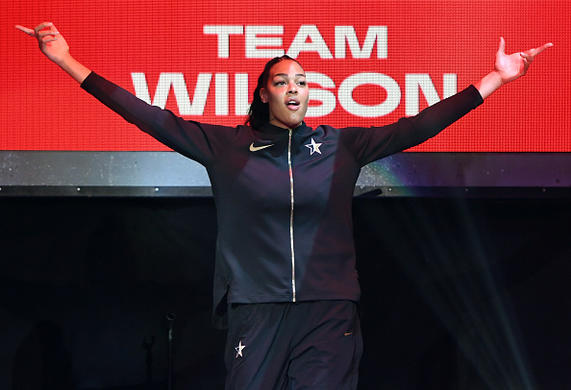 We return from the All-Star break with a three-game slate, and all three games should feature heavy home favorites. When every game has blowout potential, I tend not to worry about it quite so much. As I stated on the FantasyAlarm WNBA DFS Podcast, I thought the Sky/Sun game had the best chance of staying close, but I no longer believe that is the case. The Sky endured 12 hours of travel and didn't get to bed until 5:00 a.m., as has been well-documented on Twitter and Instagram. I would be shocked if the Sky came out physically and mentally prepared for this game. I could see still using one or two of them in a GPP, but I'm going to try to avoid them if I can.

The highlight of the slate is Liz Cambage facing her former team for the second time this season. Cambage was great in the first game against Dallas and both she and Dearica Hamby have been great with A'ja Wilson out. Fade those two at your own risk.