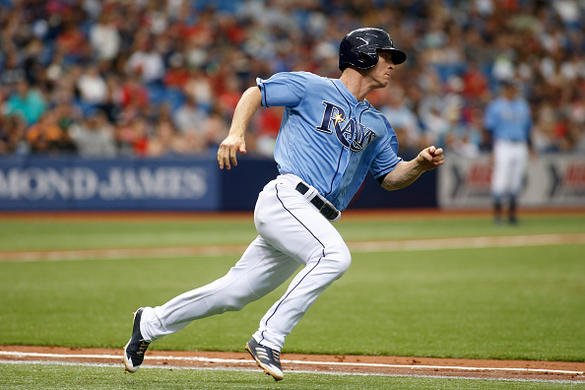 Late-age breakouts can make fantasy players cautious not to overreact to them. Joey Wendle did not win a starting job with the Rays last year but was valuable to owners who added him last season. Among rookies in 2018, Wendle finished first in batting average (.300), fifth in on-base percentage (.354), third in hits (146), third in doubles (33), first in triples (six) and tied for second in stolen bases (16).

Even though Wendle’s projected to hit third, he will be 29 in April, which could cap his fantasy ceiling. Wendle appeared in 139 games last year scoring 62 runs with seven home runs, 61 RBI and a .300/.354/.425 slash line to accompany the statistics highlighted above. With batting averages on the decline in fantasy, perhaps Wendle could be a sneaky target late in drafts.

When looking at his batted ball data, it really varied from month-to-month. In an effort to illustrate this, here are his splits by month along with them broken down by halves last year: