Greg Jewett dives deep into the numbers to tell fantasy baseball owners what they can expect from the Oakland A's closer during the 2019 MLB Season. 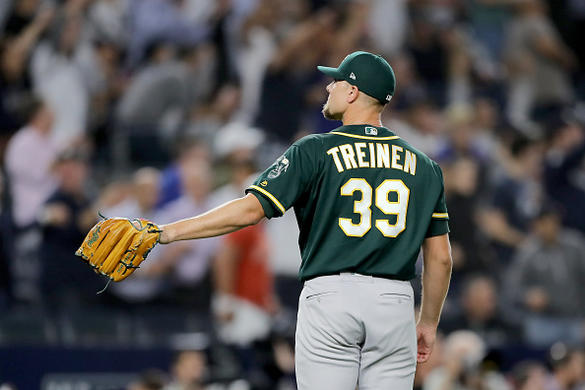 Not only did Blake Treinen build on his 2017 breakout with Oakland, he turned in a historic season. Treinen became the first pitcher in major league history to save at least 30 games, compile an ERA below one and strikeout at least 100 batters. He also recorded the lowest ERA (0.78) since its inception as an official statistic among pitchers with at least 80 innings of work. Versus all American League pitchers, here’s how Treinen ranked last year: