Greg Jewett takes a more in-depth look to let fantasy baseball owners know what they can expect from Indians shortstop Francisco Lindor during the 2019 MLB season. 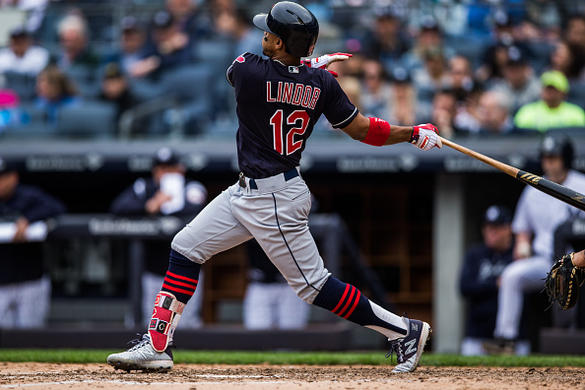 It’s pretty clear Mike Trout and Mookie Betts will be the consensus top two picks in fantasy drafts this year. So the first decision in drafts shift to who will be taken third? One option will be Francisco Lindor . His blend of power with speed hitting atop Cleveland’s lineup makes him an intriguing target. Lindor set career highs in both home runs (38) and stolen bases (25) last season. He also tied for first in runs scored in the majors (129), tied for fourth in total bases (353) and ranked eighth in hits (183).

Lindor’s only the second player since at least 1974 to hit at least 37 home runs as a shortstop joining Alex Rodriguez, who racked up six straight such seasons between 1998-to-2003. Not to be outdone, Lindor’s the first shortstop in history to record at least 40 doubles, 35 home runs and 20 stolen bases in the same season. It’s interesting to note 29 of his 38 home runs were solo shots along with 29 of his home runs occurring against right-handed pitchers.