Fantasy Baseball Daily Round Up: September 23

Greg Jewett goes around the league, giving a daily state of the union for the world of fantasy baseball and where most playoff chases are at right now. He outlines current storylines and gives insight on what to watch for going forward. 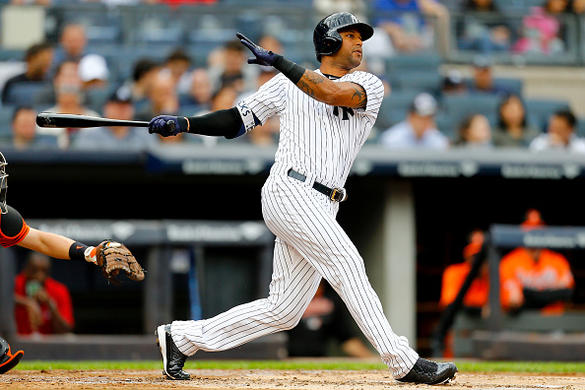 With the season winding down, the playoff picture in the American League could be set after Sunday’s game. New York punched its ticket for the postseason defeating the Orioles in extra-inning led by Aaron Hicks game winning double. Hicks also hit his 26th home earlier in the game. Luke Voit stayed hot launching his 11th home run since August 24th, a total which leads the majors during this time frame. The Yankees also became the sixth team to hit at least 250 home runs in a season as a franchise.

Speaking of records, Cleveland’s pitching rotation is the first with four different pitchers with at least 200 strikeouts. Mike Clevinger surpassed the plateau on Saturday afternoon as the Indians will try to ride their stacked staff to a return to the World Series. Oakland reduced its magic number to one after a walk-off win on a wild pitch. Blake Treinen garnered his ninth win in relief and cut his ERA to a major league leading 0.81 for all qualified relievers. He’s part of the reason why Oakland’s 67-0 when leading after seven innings. 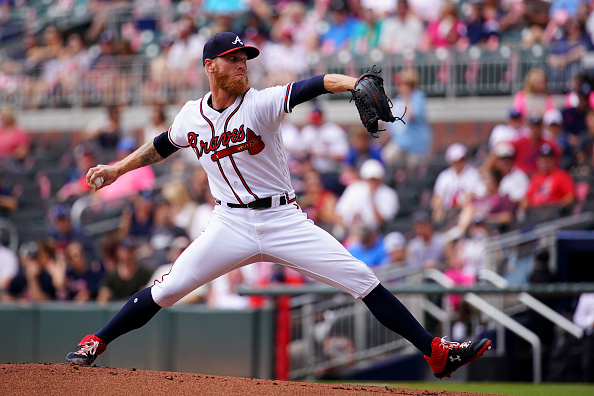 A strong outing by Mike Foltynewicz winning his 12th game. Foltynewicz allowed two hits, two earned runs and three walks in 7.1 innings. Arodys Vizcaíno notched his first save since June 17th and has converted his last nine chances this year. It appears he will be forcing a committee the last week of the season. Ronald Acuna Jr. went 1-for-3 with two runs, a walk and his 15th stolen base. He’s accrued 53 runs, 19 home runs, 39 RBI and stolen 13 bases since moving to leadoff in only 61 games in the second half. For perspective, this year, only 12 hitters have at least 19 home runs and 13 stolen bases of all qualified hitters.

Yadier Molina matched his home run output from last year with his 19th and moved within three of his career high set in 2012. Tyler O’Neill hit a walkoff home run propelling St. Louis to a win and he averages one every 13.67 at-bats this year. Carlos Martínez nets the win in relief and has two wins with four saves in 15 appearances as a reliever this year.

Tommy Pham extended his hit streak to 24 games while hitting his 20th home run. In 31 games with the Rays, Pham’s hitting .344 with six home runs and 19 RBI. Mallex Smith tallied two hits and stole his 36th base of the season.

Rookie Thomas Pannone won his fourth game and has fired four quality starts of his five with Toronto. Ken Giles turned in his eighth straight scoreless appearance, converted his 24th straight save this year and has recorded a save in each of his last five outings.

Whit Merrifield went 2-for-2 with a run, double, triple, RBI and two walks to move his hit streak to 13 games as he still leads the American League in steals. Alex Gordon hit his 12th home run and has hit .286 the last 27 games with 19 RBI. Salvador Pérez matched his 27 home runs from last year with a solo shot on Saturday.

Three more hits for Nicholas Castellanos including his 45th double. Castellanos has 55 multi-hit games this season and 19 with at least three or more. Shane Greene did record his 31st save, but allowed at least a run for the fourth straight appearance. Bench him if protecting ratios.

Flying below the radar of the Cy Young chase in the National League, Trevor Williams became the sixth Pirates pitcher to win at least 14 games this century for the franchise, and first since Gerrit Cole won 19 in 2015. Williams blanked the Brewers over six innings yielding only four hits and a walk with seven strikeouts. His ERA the last 12 starts dropped to one and his ERA this year presently sits at 3.04, but few seem to notice.

Jon Lester only pitched five innings but won his 17th game. He’s made at least 30 starts the last 11 years in a row and moved to 25-8 since the start of the second half last year. Javier Báez launched his 34th home run with three RBI pushing his National League leading total to 110. He could become the first Cub to lead the league in RBI since Sammy Sosa’s 160 in 2001. Ben Zobrist went 2-for-4 and sits tied for third in the league in batting average (.316). 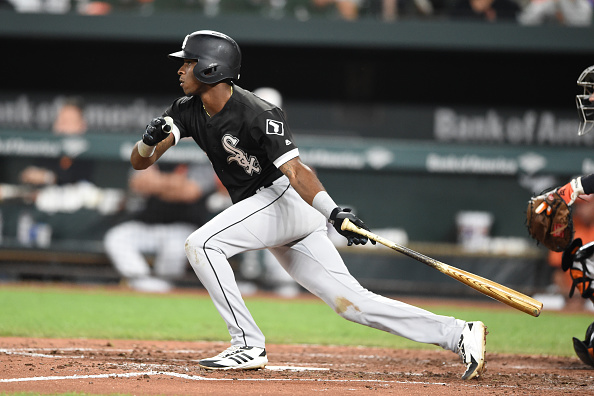 White Sox shortstop Tim Anderson became the first one in team history with at least 20 home runs and 20 stolen bases. Before his ejection, Anderson hit his 20th home run and has already swiped 26 bases this year.

It what seems like a microcosm of the Angels season, the team allowed at least 10 runs for the fourth straight game while Mike Trout hits his 38th home run with three RBI in the loss. He deserves better.

Yulieski Gurriel’s on a heater moving his hit streak to eight games going 3-for-5 with two runs, a double and an RBI. During his streak, Gurriel’s hitting .438 with two home runs and 12 RBI. Justin Verlander fired six shutout innings striking out 11 and ceding only one hit. He’s 3-0 in September with a 1.38 ERA and 40 strikeouts in four starts.

Valuing Robinson Canó next year could be tough, but he’s done nothing but hit since his reinstatement from his suspension. Cano went 3-for-4 with a double, his ninth home run and four RBI in a rout in Texas. Over his last 34 games, Cano’s batting .316 with 17 runs, 11 doubles, five home runs and 23 RBI.

Rookie Willian Astudillo gets attention for his build on Twitter, but the kid can hit. Astudillo tallied three more on Satuday in four at-bats to raise his average to .338 through 24 games with 15 RBI in them. A walk-off wild pitch by Trevor Hildenberger resulted in a Twins loss and he’s allowed at least a run in four straight outings.

For the seventh straight start, Rich Hill struck out seven hitters. Hill won his 10th game allowing four hits and one earned run against the Padres lowering his ERA to 3.87 on the year through 23 starts. Kenley Jansen recorded his 37th save striking out the only two hitters he faced. Joc Pederson (24), Manny Machado (36) and Yasmani Grandal (24) all homered.

It’s rumored the Padres could move Hunter Renfroe in the off-season. Keep tabs on where he may end up. Renfroe became the first outfielder to hit at least 25 home runs in back-to-back seasons for the franchise since Steve Finley (1996-1997). Renfroe also stole his second base of the year for a smash and dash performance.

Blake Snell with go for his 21st win in Toronto this afternoon.

Oakland will try to clinch a playoff spot with either a Rays loss for a win versus the Twins.

Aaron Nola will try to add to his Cy Young resume and will face a potentially watered down Braves lineup.

Not sure a bullpen game by Boston in Cleveland is what ESPN had in mind for Sunday night baseball, but there should be some offense.

Be sure to check back on Monday before setting rosters for the last time this fantasy baseball season. Good luck chasing those flags.

F. Hernández - SP
ATL
Felix Hernandez said he's decided to sit out the season because of concerns about COVID-19.
Hernandez was trying to win a spot in the Braves' rotation as a non-roster player, and he appeared to be in pretty good position this spring before the shutdown, though part of that was because Cole Hamels was sidelined. He'll probably give it another go next spring. With Hernandez out of the mix, the Braves should be looking at Sean Newcomb and Kyle Wright as possibilities at the back of the rotation.
Added Yesterday 11:17 pm (EST)
Added Yesterday 11:17 pm (EST)

M. Tanaka - SP
NYY
Masahiro Tanaka was released from the hospital Saturday evening, but he is expected to be entered into the MLB concussion protocol after taking a liner off his head Saturday.
Tanaka's concussion symptoms had dissipated since he arrived at the hospital, said Aaron Boone, and he reportedly checked out well following a battery of tests. Tanaka was down on the mound for several minutes this afternoon after being hit by a Giancarlo Stanton liner during a simulated game. "I appreciate all the support," Tanaka tweeted after being released. "I feel it a bit right now, but I’m all good. Going to try to get back on the mound ASAP! Thanks again for all the encouraging words!"
Added Yesterday 7:43 pm (EST)
Added Yesterday 7:43 pm (EST)

A. Nola - SP
PHI
A source told the Philadelphia Inquirer's Matt Breen that the Phillies have placed Aaron Nola, Adam Haseley and Christian Bethancourt on the COVID-19 Injured List.
There are no additional details about the condition of the players. If true, those three are joining teammates Scott Kingery, Hector Neris, Tommy Hunter and Ranger Suarez. Nola is the Phillies' ace, of course, and the club is going to have a difficult time filling out its roster if some or all seven players are absent at the start of the year.
Added Yesterday 6:36 pm (EST)
Added Yesterday 6:36 pm (EST)

D. Price - SP
LA
David Price has decided against playing this season, he announced Saturday.
Price said he looks forward to representing the Dodgers next year. His absence will open up a spot in the rotation for Ross Stripling, Dustin May or Tony Gonsolin. It's possible that two of the three could open up as starters should the team choose to go with a six-man rotation.
Added Yesterday 4:44 pm (EST)
Added Yesterday 4:44 pm (EST)

M. Tanaka - SP
NYY
Masahiro Tanaka took a Giancarlo Stanton liner off the head during a simulated game Saturday and was taken to the hospital.
Newsday's Erik Boland said Tanaka was motionless for several minutes before being helped up. He later walked to the dugout with assistance and was taken to New York-Presbyterian Hospital for further evaluation. The Yankees said he is currently alert, responsive and walking under his own power.
Added Yesterday 3:31 pm (EST)
Added Yesterday 3:31 pm (EST)