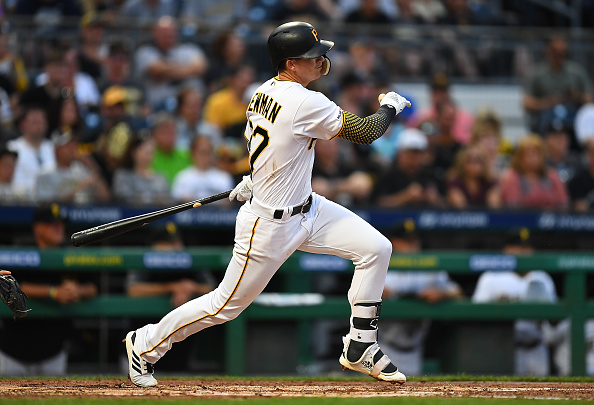 Well, ladies and gents, it’s Friday, also known as Category Impact day! Get your coffee, beer, a mixed drink or LaCroix and let’s get to it! In this week’s edition, you’ll find a couple of guys that can boost your team’s batting average, and in turn, likely your on-base percentage as well. There are two players in Pittsburgh that can give your team a kick in the rear, as well as another player from within that same division. A Tampa Ray makes the list, and there are even a few honorable mentions listed below as well. Regardless, get to drinkin’ and get to readin’!

Kevin Newman , PIT SS – The first of two Pirates makes this list. He’s riding a 14-game hit streak and has six multi-hit efforts during that span. No one is going to take his playing time in the middle infield for Pittsburgh, and the young shortstop is hitting a savory .326 for the season. Over the last week, he’s hitting .391, and he’s added a few homers and stolen bases during this impressive streak. Despite making well below average hard contact and a rather weak exit velocity, his xBA is rather high (81st percentile). Depending on your fantasy league, he may even have eligibility at both middle infield positions, which just sweetens the deal! For some reason, Newman is owned in less than six percent of ESPN fantasy baseball leagues! Asinine!

Dominic Smith , OF NYM – Did you see my partner-in-crime Greg Jewett’s tweet from the other day regarding Smith? No, well check it out (@gjewett9), but here is the streamlined version.

He’s hitting home runs of late, and has a batting average north of .350 over the past month or so. Pretty damn good I must say.

He’s hitting .339, but his xBA is at .259, so there might be some regression concerns, but the enlightening aspect of his early performance this season is that the strikeouts are WAY down. In 2017 and 2018, he struck out 26.8 percent and 31.5 percent of the time. This year, he’s down at 19.5 percent. His walk percentage is through the roof as well. That 14.1 walk percentage is delightful and shows that he’s matured at the plate and has much better plate discipline. 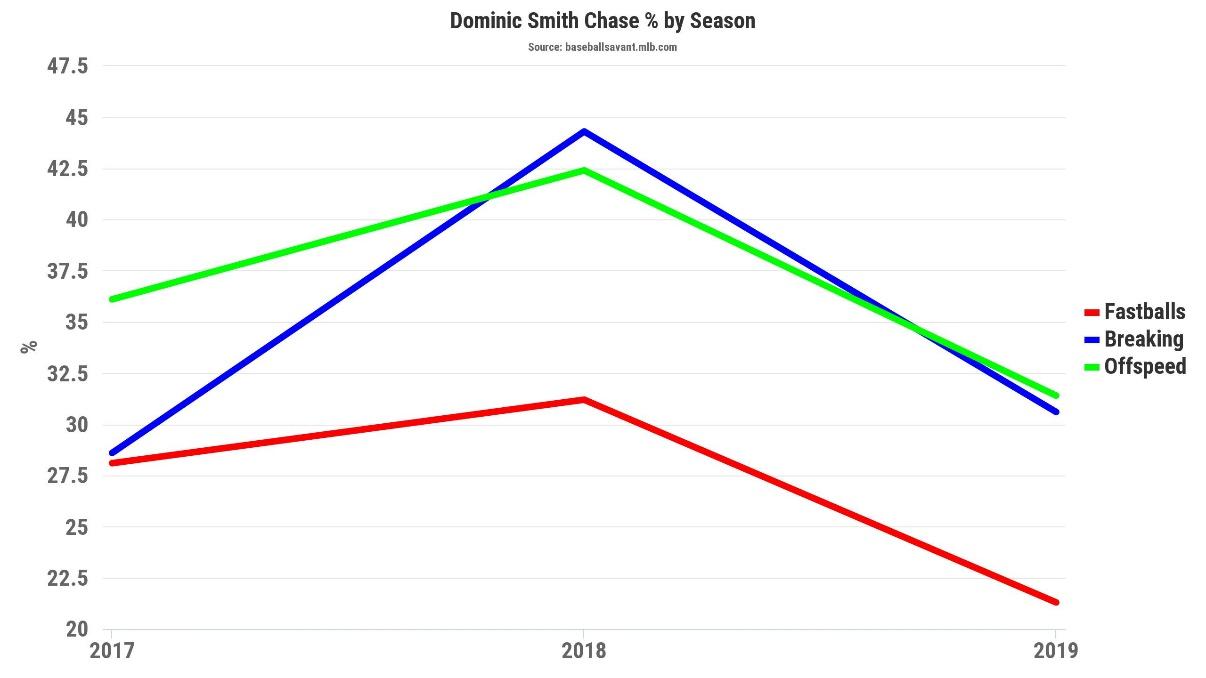 Bryan Reynolds , PIT OF – Before going any further, pick up Reynolds quick, and then come back and finish reading this blurb. Reynolds is hitting north of .360 on the season and has shown some impressive pop with the Pirates. Furthermore, he’s white hot at the moment, registering five multi-hit contests in his last 10 games. He’s nursing a shin injury but it shouldn’t hold him out of action for too long. His xBA of .315 is well below his current mark, but it’s encouraging that his expected statistics are still above average. It’s understandable, too, considering his hard contact rate comes in the 92nd percentile of all hitters in Major League Baseball. Lastly, take a look at the chart below, courtesy of Baseball Savant. 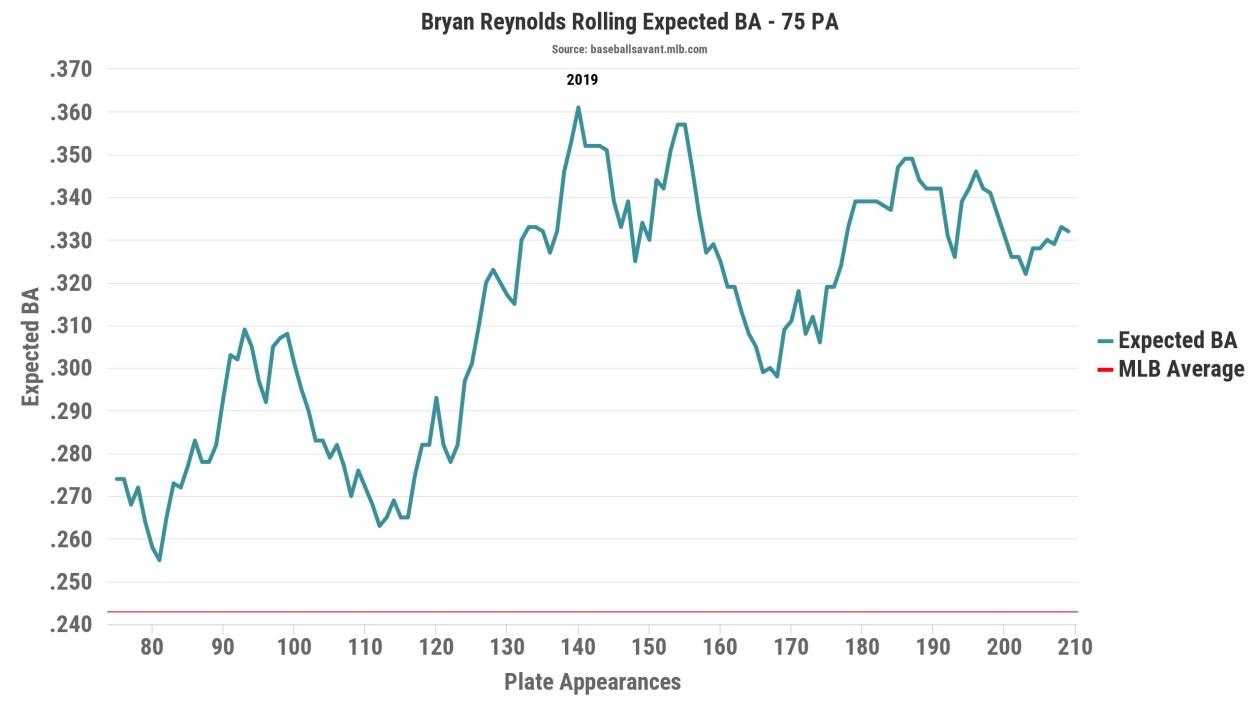 At the end of the chart, you’ll see the pertinent information. Not only is he well above the major league average, but that tail is trending upwards of late, showcasing that he’s not quite over this hot streak yet.

Guillermo Heredia , TB OF – If you want a super cheap dart throw with a potential batting average boost moving forward, take a look at Heredia. Sure, he’s only a .243 career hitter with a career-best of .250 batting average in a single season. Furthermore, his batting average is on pace to drop for the third-straight season, but I think there is a batting average bump coming for Heredia. His exit velocity is the highest of his career to date, and his barrel rate is substantially higher than in recent seasons. He’s hitting .230 on the season but has an xBA of .282. In fact, the difference between Heredia’s batting average and expected batting average is the eighth-highest in baseball. Some bad luck for the guy. However, his above-average defensive abilities will keep in the lineup, and he has a favorable stretch moving forward. After a weekend set with the Rangers, Heredia and the Rays get a three-game set against the Orioles, then the Yankees, and then the Orioles and Yankees again, followed by the White Sox. That’s a nice little stretch, especially since six of those games are played in Camden Yards or Yankee Stadium. Let’s hope for the best here.