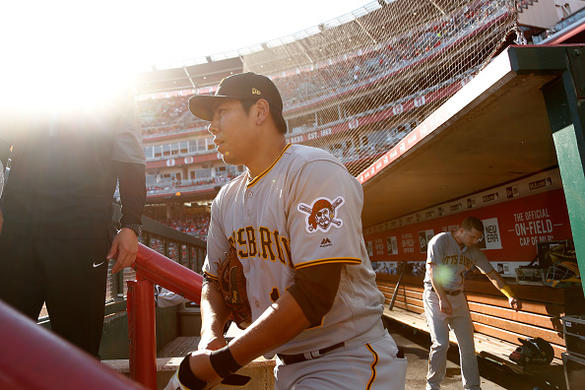 Another Friday means another edition of Late Round Sleepers here at Fantasy Alarm! Take a break from your work day, enjoy some coffee and read up on two starting pitchers and two solid bats that can be had at a great value in your upcoming fantasy drafts.

In this week’s edition, we look at a third baseman who will be starting and as 20+ home run potential in the NL Central. We take a look at a closer out west, and two young starting pitchers with some upside for 2019.

Without further ado, let’s head to Pittsburgh and talk about the recently anointed starter at the hot corner.

Kang’s average draft position will continue to increase, especially now that he was named the team’s starting third baseman, and the fact he’s been on a power binge for the majority of March. He’s only hitting .194 in spring, with seven hits in 36 at-bats, but he does have six home runs, which will catch everyone’s attention. Unfortunately, so does the batting average and his 17 strikeouts is UGLY. His strikeout rate is hovering near 50 percent, but we can attribute that to not really playing since 2016. In 2015 and 2016 when he was playing regular for the Buccos, his strikeout rate was right around 21 percent. The more he plays, and gets used to major league pitching, his propensity to strikeout will surely decrease.

He will cost a bit more draft capital now than he did in recent weeks and months, but he’s proven to be a guy that can hit 20 home runs at the major league level, and with Pittsburgh needing some pop out of the hot corner, he should have a lengthy leash to begin the season, assuming he stays out of further trouble. 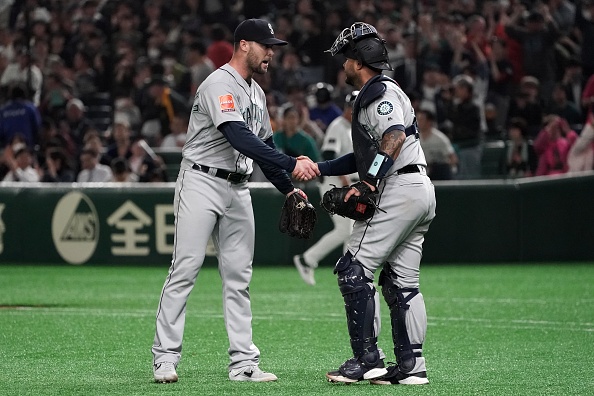 Not really a sleeper anymore, after he closed out each of the team’s first two games overseas, but Strickland appears to have the closing gig locked down and Seattle provided ample save opportunities last season. Sure, they are going to be worse this season, but bad teams can have valuable closers. Let’s call a spade a spade here, and just say that Strickland is currently on pace for 162 saves this season, which would be a record, of course. Despite being a guy with a sub-9.00 K/9 and a career ground ball rate of just over 41 percent, Strickland has never really been bitten by the home run bug. Sure, his HR/9 of 0.99 last season was a career high, but all in all that isn’t too bad.

The key for Strickland to maintain the closer role and provide fantasy value for his owners is harnessing the command that has gotten away from him over the past two seasons. He’s posted a walk rate over 10 percent each of the past two seasons, with his strikeout rate falling between 18 and about 21.5 percent.

However, he is the closer and needs to be owned in all formats, because saves are key.

Woodruff’s average draft position was starting to experience some helium, but it was salvageable. However, after he struck out eight Padres in yet another excellent spring outing and being named a member of the team’s starting rotation, his average draft position is going to inflate like a bounce house at a kids birthday party. While he won’t be striking out eight guys every time he toes the rubber, he could punch out close to a batter per inning this season. In two different stints at the Triple-A level, he posted a K/9 of 8.36 and 8.58 in 75.1 and 71.1 innings respectively. Woodruff has plus stuff, but repeatability with his delivery causes him to miss his spots more frequently than one would like, and does explain his near-3.00 BB/9 in two different stints with Milwaukee.

He’s an upside play in 2019, but it’s encouraging that he’s breaking camp with the team after posting a 1.84 ERA and a 20:5 K/BB ratio in his first four spring starts. Again, his ADP is going to inflate a bit, so be sure that you’re getting him at a price that leaves some room for profitability.

Smith looks like all that and a bag of chips after his first two starts of the spring. In those nine innings of work, Smith has allowed just one earned run on two hits to go along with a 13:0 K/BB ratio. He’s been exceptional in the spring, and while his two major league stints prior to this excellent spring run have been underwhelming, one thing is for sure, and that is the fact that Smith can rack up the strikeouts. In 77.1 innings with the Marlins last year, he punched out 88 batters, good for a 27.0 strikeout rate, a sizable jump from the year before. It may not be long until he is working out of a long relief role, but Smith is the prototypical upside play destined as a late-round ticket in fantasy drafts. There is some volatility here, considering that he hasn’t much success at the big league level before, but a draft pick outside of your top 22 or 23 picks isn’t going to make or break your fantasy season.