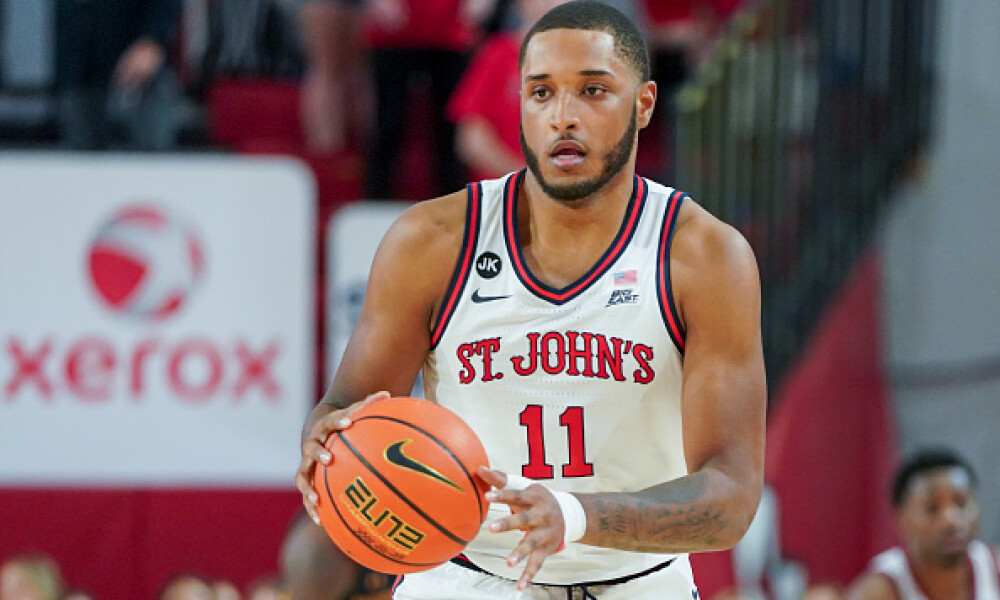 Welcome back to the start of another weekend of college basketball action and CBB DFS lineup building! We have a small slate of games on this Friday night, but there are plenty of intriguing matchups and top-tier players for our CBB daily fantasy picks. You can build CBB DFS lineups tonight on DraftKings for the 4-game main slate tipping off at 7 pm ET with Big East and Atlantic 10 matchups. If you're looking to play college basketball DFS this season, get full access to our CBB DFS Playbooks and Core Plays with a Fantasy Alarm All-Pro Subscription. Check out all the CBB DFS top picks, lineup strategies, teams to target, and value plays to lock in for tonight's college basketball action. If you have any questions about CBB daily fantasy lineup strategy, ask away in the Fantasy Alarm Discord chat. Now, let's jump into the CBB DFS top plays and lineup picks for Friday, January 20th.

The MaC showdown between Buffalo and Toledo is by far the marquee fantasy game on the slate- 17.5 points higher than the second-highest game total (Villanova/St. John's). Powell and Jones are firmly in play as top point-per-dollar guards. Powell, who normally has been coming off the bench but started last game, leads the team with a 29.6% usage rate to go along with a 26.9% shot and 20.5 assist rate. In the last game against Bowling Green Powell exploded for 27 points and 10 boards (50 DKFP) and has been over 30 DKFP in three straight games. Jones meanwhile also has a shot rate over 26% and has one of the safest floors on the slate with five straight games between 30-39 DKFP. Both players are in play in all formats tonight.

Jalen House ($8.3K), who was just named to the Oscar Robertson midseason watch list as the top guard in the country, is considered a top pay-up tonight but teammate Mashburn Jr. is just too cheap at only $7.0K. Mashburn Jr is coming off a Mountain West player of the Week honor for a Lobo squad that had to recover from two consecutive losses. He ignited the New Mexico offense that now has had three straight impressive victories over Oral Roberts (24 points/38 DKFP), San Diego State (22 points/28 DKFP), and San Jose State (20 points/25 DKFP). Even with House in the same backcourt, Mashburn Jr leads the team with a 30.3% shot rate and even leads the team in usage over the last 5 games with a 30% rate.

Foster was a National Association of Basketball Coaches Division II All-America selection, and was a finalist for the NABC Division II Player of the Year as he helped Indiana University of Pennsylvania reach the Division II national semifinals last season. The graduate transfer who averaged nearly 17 PPG over four D-II seasons is now providing leadership at Buffalo and playing 30+ minutes per game. At $4.5K and with usage over 20%, an 18% assist rate and a DKFP over 20 points Foster is a top guard value in the highest scoring game environment on the slate.

Soriano has been in straight beast mode and has turned himself into one of the top forwards not only in the Big East but the entire nation. With an offensive rebound rate of 14.5 (29th) and a sixth-best, in the country 30.1% defensive rebound rate he has an easy 30 DKFP floor and can pull down a fifty burger any night. Over his last five games in the Big East Soriano is averaging a double-double of 20 PPG/11.4 RPG and should eat tonight against a weak Villanova interior that is only pulling down offensive rebounds at a low 23.3% rate (322nd).

JT Shumate will be a popular cash choice tonight as $6.9K is just way too cheap for a top forward on a team with a 87 team total. Yes there are foul concerns (4+ in two of his last three) but he carries a 140.4 KenPom offensive rating and has scored 30+ DKFP in eight of his last 10 games. Buffalo struggles on the boards (31% team defensive rebound rate) and also allows 32% from beyond the arc which should be right up Shumate's alley- a 44% 3-point shooter.

Grace is a volatile DFS player but $4.0K is a near free square for a player that averages nearly 30 minutes per game. Just a week ago he was the Spiders leading scorer against St. Bonaventure with 16 points plus he pulled down five boards en route to a 28 DKFP game. He has been over 20 DKFP in three of his last six and should throw up a 4-6X tonight.