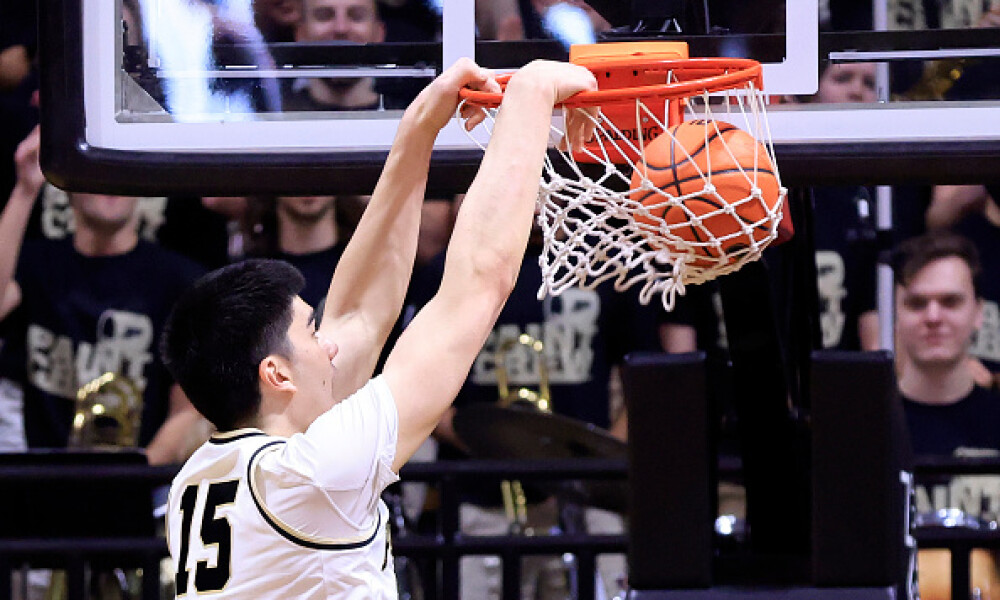 Happy Thanksgiving FAmily! We have the perfect Turkey Day dessert for you as college basketball Feast Week continues with four Thursday evening games on tap. Let's dive into tonight's college basketball DFS main slate that features games from the Phil Knight Invitational, Phil Knight Legacy and ESPN Events Invitational. You can build CBB DFS lineups on DraftKings as tonight's 4-game slate tips off at 7:15 pm ET. If you're looking to play college basketball DFS this season, get full access to our CBB DFS Playbooks and Core Plays with a Fantasy Alarm All-Pro Subscription. Check out all the CBB DFS top picks, lineup strategies, teams to target, and value plays to lock in for tonight's college basketball action. If you have any questions about CBB daily fantasy lineup strategy, ask away in the Fantasy Alarm Discord chat. Now, let's jump into the CBB DFS top plays and lineup picks for Thursday, November 24th.

The defending AAC Player of the Year  just had his best game in a Tigers uniform – outscoring VCU by himself in the first half (17-16) – of Sunday's win, finishing with 26 points and seven assists (44 DKFP). The  #1 transfer  in the nation over the offseason had been solid in his first two games, averaging 17 points and five assists, but the preseason All-American was vintage Davis versus the Rams and there is no reason to expect more of the same tonight in Orlando.

Hoggard is a big talent for the Spartans. He is fourth on the team with 9.5 ppg, fourth with 4.5 rpg and leads the team (and the Big Ten) with 8.3 assists per game. Hoggard is also coming off  a double-double with 13 points and tied his career-high with 10 assists, while leading the team with eight rebounds in their 73-71 win over Villanova. His defense on and off the ball this season has been downright poor but this is DFS and all we care about is offense so lock in AJ Hoggard as the trop point per dollar play of the slate.

Other guards to consider:

Hawkins, who missed the last two games after suffering a concussion in the season opener, did not miss a beat in his return last week. He hit a career-high 5 three-pointers against UNC-Wilmington on his way to his first 20-point game in college and added two assists and two steals (30 DKFP) and plus he flirted with a double-double against Delaware State (20 points/9 rebounds) in the next game. You gotta love this price for a guard that plays 25+ minutes and isn't afraid to shoot the ball (13 shots in each game). Grab Hawkins now because we will not see him in this price range much longer.

Other value guards to consider:

With Trevion Williams gone Edey is now averaging 10 more minutes a game and it sure hasn’t affected his productivity on the court. Last year year he averaged 30.3 points and 16 rebounds per 40 minutes in the time-share and this season is averaging 27.9 points and 18.4 rebounds per 40 minutes as the lone big man on campus. He is by far the top play of the entire slate and well worth every penny of his $9.5K salary in a tight game against West Virginia.

At the moment it's a two-man show at Memphis with Kendric Davis and Williams as the co-stars. Davis is the offensive leader but Williams is right behind him at 15.3 points per game and a team-leading nine rebounds. He can play with his back to the basket or stretch a defense when he moves out to the perimeter to create offense for himself. Tonight he will be facing Tray Jackson of Seton Hall - a player that is very similar to the Memphis veteran. If Williams can stay out of foul trouble he can end up in the optimal winning lineup.

Other forwards to consider:

Mitchell, a Texas transfer, wasn't used as much as he was probably capable of last season as a Longhorn. That has changed since his move to Morgantown as he has shown his skills to play as a ball handler, a player that can stretch due to his shooting and also cause destruction on the block with his ability to score in the post. He carries a 24.4% usage rate into tonight's game while scoring 13.3 points along with 4.8 rebounds per game and team-high 23.2 DraftKings fantasy point average.

Karaban has been an impact player for UCONN right from day one. He is a floor spacer that is able to control the game, and with Donovan Clingan can step in if Sanogo picks up two quick fouls- something that the Huskies did not have previously. Karaban may be more of a stretch or a “point forward” than post player with his biggest asset being his 3-point shooting and now has four straight games of 20+ DraftKings fantasy points. At $3.9K DK Karaban will be a very popular value play tonight.

Other value forwards to consider: