Andy Spiteri teaches the value of mock drafting and how to do it properly. 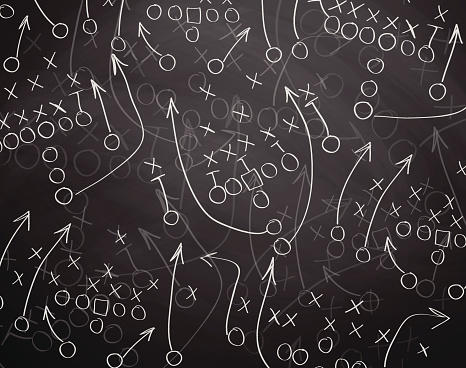 There are many sites out there that offer mock draft simulators and they all do a great job in allowing you to do a quick mock. The reason I got involved with the Army and Howard is that it offered a way to live chat with the likes of Howard, the late, great, Lawr Michaels, Steve Gardner, and many others.  The ability to ask questions while doing the draft was invaluable.  Computer simulations don’t let you do that.  It’s the most realistic mock you can do.  Don’t be shy and use the chat room.  If it weren’t for that chat room I wouldn’t be writing this today.

While doing a mock several years ago I was watching the Eagles play the Steelers in a preseason game.  There was Sammie Coates literally dropping every pass thrown to him.  Then someone drafted him.  I immediately thought of saying that he had hands of stone, but it was worse than that.  So by combining “Hands of Stone” and “Butter Fingers” I came up with “Hands of Buttered Stone” and typed that into the chat box.  Howard loved it, talked about it on his radio show, and I became “my friend Andy”.  This could never happen during a simulation mock! 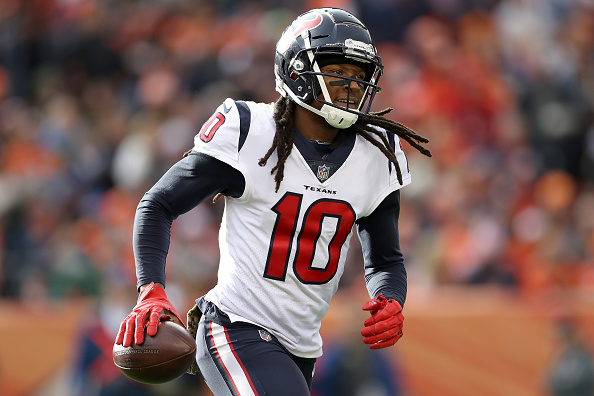 Of course the chatter mostly revolves around your picks.  Ask questions.  Engage the industry members who are there to answer your questions. It’s why we are there.

What mocks allow you to do is to try different strategies to see what strengths and weaknesses each will have. Looking at current ADP on various sites gives you an idea of when a player is being drafted, but remember, these are specific to each site. You may see a ten-spot ADP differential between sites due differences in rules. If you are drafting in a league with slightly different rules, our live mocks can help you determine if drafting a tight end early will hurt your running back or wide receiver depth later on in the draft.  Have your draft slot already determined?  Request to be put in a specific draft slot and see how your team plays out.

In most drafts this year the first four picks are all running backs regardless of the scoring rules, with Barkley, McCaffrey, Kamara and Elliott being taken in various orders.  From the fifth spot on, the divergence begins.  Mocking gives you the chance to take DeAndre Hopkins at fifth overall one day, and Le’Veon Bell the next.   Want to wait until the third round for a wideout?  Give it a try from any spot in the draft order.

Another way to approach a mock is to take only players you don’t want from your draft slot.  Why would you do that?  Let’s say you really want Zach Ertz and you’re willing to take him with the fourth pick in the third round.  Don’t.  Then wait and see how long before he gets drafted.  Would he fall to you in the fourth round?  The other thing that can happen is that he gets taken before that third round pick. Do you take him in the second round to make sure you get him?  With the Mock Draft Army, you can try both and then talk about it in the chat room asking what others think.

Never take a quarterback early.  How many times have you heard that one?  Is Pat Mahomes worth taking at his current third round ADP on RTSports?   Try it.  I am not a fan of taking a top quarterback early, but it always depends on your league rules.  If passing touchdowns are worth six points, this drastically changes what a quarterback is worth and may make it worth taking one a little earlier.  On the other hand the depth at quarterback provides you with a high floor, and waiting for one may not be as detrimental as you would think.  You can easily wait until rounds nine or ten and get a serviceable QB while you build up that valuable depth at running back and wide receiver.

The plan is to offer several mocks each week.  Most will be in the PPR format, but we’ll sprinkle in a few standard scoring and super flex leagues to cover almost everyone’s needs.  Each week I’ll analyze one or two drafts and discuss what strategies were used and if they were successful.  I will employ several different draft strategies in order to make sure we cover each of them. The mocks will run on RTSports so if you are not signed up on the site, go ahead and do so.  When the mock schedule comes out each week, join the ones you want to try.  All we ask is that you show up on time and stay for the entire draft.  We want this is to be as realistic as possible and to have any autodraft picks defeats this purpose.

We, at Fantasy Alarm, are very excited to be able to offer the Mock Draft Army as another tool to supplement our living draft guide.  As the new “General”, I am pumped to be involved in something that has helped me over the years becoming an important part of my draft preparation. I’d like to thank everyone at Fantasy Alarm for giving me this opportunity.  Follow me on twitter, @gasdoc_spit for updates, mock draft schedules, fantasy football and fantasy baseball advice.

A. Ekeler - RB
LAC1
Chargers OC Joe Lombardi compared Austin Ekeler to Alvin Kamara, Reggie Bush, and Darren Sproles.
Lombardi's background is with the Saints, who have utilized their running backs in the pass game better than any team in the modern era. Ekeler's abilities should be maximized under Lombardi who helped turn Sproles, Bush, and Kamara into PPR cheat codes. Lombardi also mentioned using an uptempo offense and being aggressive on fourth downs, so it's possible that the Chargers take a leap in 2021. They certainly have the talent on both sides of the ball to do so. Ekeler belongs in the top-six mix in PPR formats.
Added 7:05 pm (EST)
Added 7:05 pm (EST)

J. Wilson - RB
SF1
49ers re-signed RB Jeff Wilson to a one-year contract.
Wilson is coming off a 600-yard, six-touchdown rushing season as a rotational back in coach Kyle Shanahan's offense. He entered the season as a backup but started games with Raheem Mostert dealing with lingering injuries. Both Mostert and Wilson are signed through the 2021 season, making this a competition to track during the offseason. It's unclear what the 49ers will do on third downs with both Tevin Coleman and Jerick McKinnon set to be unrestricted free agents. There's a ceiling to chase in this balanced offense.
Added 6:58 pm (EST)
Added 6:58 pm (EST)

J. Herbert - QB
LAC1
Chargers OC Joe Lombardi said an uptempo offense will be "a part of what we are building here".
Lombardi and coach Brandon Staley seem to be on the same page offensively, and it comes down to playing into Justin Herbert's strengths. Lombardi mentions how Herbert is comfortable with playing fast based on his time at Oregon, and Staley has already talked with Lombardi about utilizing a no-huddle offense at times. That would be a welcomed addition to the Chargers offense, one that has lacked creativity and polish in recent seasons. Both Staley and Lombardi have also mentioned how analytics can help dictate situational football (fourth-down decisions, pass/run splits, etc.), something the Chargers have notoriously gone against. Overall, the Chargers' newly assembled coaching staff seems to aligning with a lot of modern-day approaches. The roster is good enough to compete in the playoffs as soon as 2021.
Added 6:47 pm (EST)
Added 6:47 pm (EST)

M. Stafford - QB
DET1
ESPN's Adam Schefter reports teams are "already reaching out" to initiate Matthew Stafford trade talks.
A trade can't technically be completed until the start of the new league year in March, but it's not uncommon for big-ticket deals to be agreed upon well in advance of free agency. With Deshaun Watson and a host of other starters potentially on the move, it is going to be an unusually explosive quarterback market this winter. So far, the only team has Stafford has been indirectly connected to is the 49ers, who are said to be "monitoring" the situation. 12 days shy of his 33rd birthday, Stafford will have a robust market.
Added 4:41 pm (EST)
Added 4:41 pm (EST)