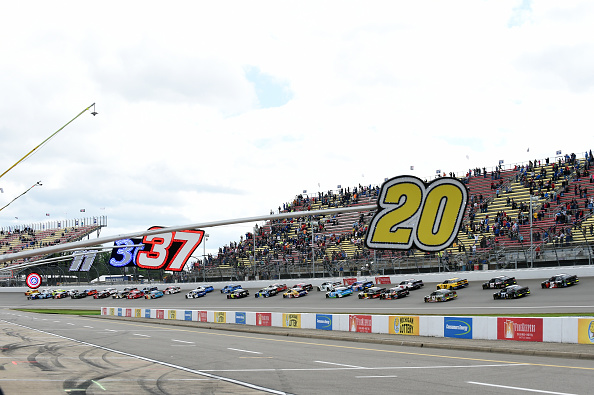 MARTIN TRUEX JR. has failed inspection three times and will drop to the rear on the pace laps but still be scored as starting P15. He is riskier for CASH but you can hold pat in GPPs.

The fastest track in all of NASCAR comes beckoning this Sunday for the second time this Cup schedule. In the lush greenery of the Irish Hills is nested a 2-mile racetrack that uses its shape and banking to allow for the highest speeds which routinely top 200 mph entering Turn 1. The track known as Michigan International Speedway is seeing the Cup cars for the second time, with the last race coming in June. If you would like a full breakdown of the track and the stats for the drivers here, check out the Track Breakdown and the Practice Notes always have good tidbits in them for this week’s field as well. There is also a podcast talking strategy for the race and a lot of the drivers throughout the salary ranges too.

One quick strategy note is that laps led will be important, but mostly on DK as they get more points, but position differential will be king this week given how qualifying and post-qualifying penalties played out.

Points by Position on Average in August

*These points averages are based on points scored over the last five August races at Michigan. They are a tool but not a hard and fast rule in all cases.

We’re on a nice little run with this Props Challenge. I nailed all ten props last week at Watkins Glen and over the last three races combined I’ve gotten 25 out of 30 correct. Lets keep it rolling this week at Michigan!