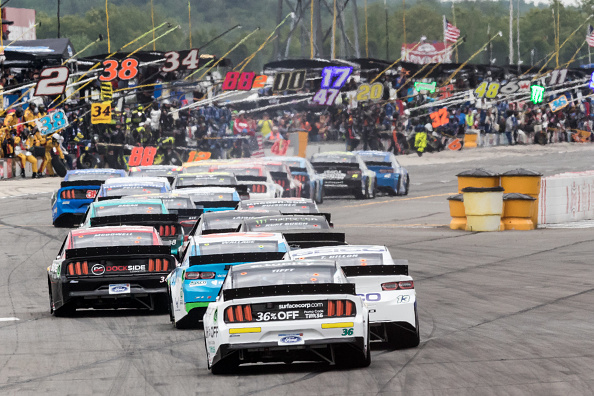 The Tricky Triangle is back, for the second time this season, and it’s still as tricky as ever, especially in the first practice session of the weekend. There are several things that give it that moniker but the few that come to mind are the length of the straightaways with two of the longest, including the longest, on the Cup schedule and the turns are all different. The three turns on the circuit are banked at different angles with the first being tilted at 14 degrees, the second at eight degrees, and the final one at six degrees and they all have different radii making them their own individual challenges. All of those things combine to make this one of the toughest track to get balance in the car correct and find the right speed over the long-run, which is needed here.

There are 160 laps in the scheduled distance of the 400-mile race on Sunday and the three stages will be 50, 50, and 60 laps. That means that laps led dominators aren’t quite as important to focus on this week since there just isn’t as much of them to get as in other races. Position differential will be important to look for as well as though that have solid average finishes here in their history.

To help position differential the track has put down PJ1, traction compound, in the corners for the first time ever at Pocono. Only a handful of cars ventured into it at practice on the Cup side on Saturday and didn’t do so until midway through the second practice. The weather is expected to be hot in the region once more on Sunday and with the race starting in the afternoon, the practice times may not hold as much weight as they typically do, but should still carry some weight.

Please let me know if the following brand new table is helpful to you or not.