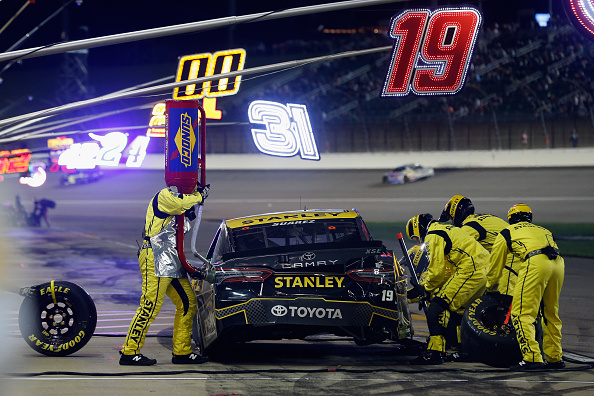 Qualifying spots lists are NOT ACCURATE following Saturday's inspections. To see the actual starting lineup check the Practice to Qualifying Table in the Practice Notes!

For the first time in six weeks, five races, we’re at a 1.5-mile track on Saturday night for the Digital Ally 400. The last 1.5-mile track was Texas and the last time we ran a 400-mile race at this distance was Las Vegas, where this same package made its season debut on the cars. Like with other 1.5-mile tracks, position differential is the name of the game here as there simply aren’t enough laps to really bank on more than one laps led dominator with just 267 laps in the scheduled race. In terms of position differential, there are drivers at each tier that are capable of providing it and it’s possible at this track since there are multiple racing grooves with the progressive banking in place in the corners that goes from 17 degrees by the apron to 20 degrees up by the wall.

In general, this track has been a pretty fair test for the drivers in the past and especially since being repaved before the 2014 season. That being said, six of the 26 winners have come from the pole position including Kevin Harvick in this race a year ago. Dating back to the start of the 2016 season here, every race has featured one driver leading 100 or more laps and the second highest driver in laps led clearing the 70 laps led mark as well. So with that kind of history, it’s clear that most of your point will come from drivers moving up through the field and if you can bank the two drivers that dominate the laps led category then your points total will really take off.

At practice on Friday, there was definitely a racy feel on the track and many drivers said afterward that the cooler temps and the improved grip from the new tire combination on the cars will keep the cars pretty close throughout the night and should produce quite a bit of passing chances. Just to be clear this is the 550-horsepower with aero ducts package that has been run at Las Vegas, Auto Club, and Texas this season (Atlanta used brake ducts instead of aero ducts so it wasn’t quite the same package). The stages are 80-80-107 on Saturday night and weather shouldn’t be a factor at all this weekend.