2019 MLB Draft Guide: The Risk of Depending on Rookies 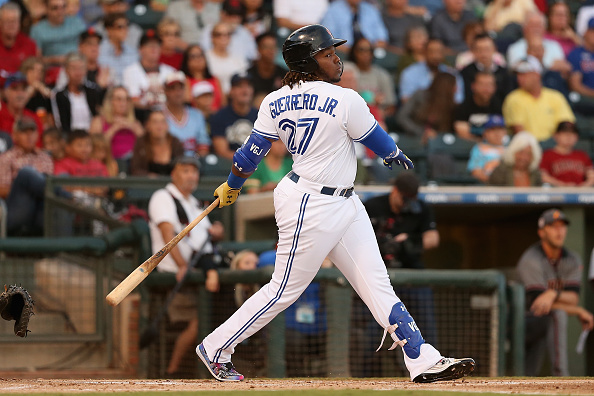 Rookies, rookies, rookies. It seems like every year in the draft they are the only ones that get the hype heading into the season. The All-Stars and MVP and Cy Young winners are known commodities, true, but the infatuation with rookies and young players come from our love of shiny new toys and constantly getting the newest and best things. If we didn’t like the newest things, Apple and Samsung wouldn’t be releasing new cell phones every year and car companies would just hold tight for a few years in between redesigns.

Over the last several seasons there have been great rookies every year. Sure why else do they have the Rookie of the Year awards? But does that mean you should target them in drafts or even reach for them in certain cases? The data in this piece intends to help you figure out if it’s ok to grab a rookie in your draft or if you should just let others ride the roller coaster that is depending on rookies in starting spots.

It was wondered, in this piece last year, if we had reached a turning point in whether we can depend a bit more on rookies given the showing the year prior, however this year has knocked that thought right out of my head as the 2018 rookie class regressed back to the mean of the last few seasons without the massive years from Cody Bellinger and Aaron Judge to boost the stats. There were far more rookies in the 2018 class than any of the other previous with 82 hitters receiving 100 plate appearances or more this past year, but in general they weren’t as productive and had numbers, on average, similar to the 2013 and 2014 classes as you can see in the table below.

As you can see, the 2018 rookies averaged the fewest at bats, runs, RBI, steals, second-fewest home runs, and the second-worst combined slash line of any class since at least 2012. Sure, once again there were a few great rookies in Juan Soto , Ronald Acuna , Miguel Andujar , Gleyber Torres , Shohei Ohtani but that’s 5-8 outliers from a class of 82 hitters. That’s less than 10% of the class you can consider reliable and at least one of those guys wasn’t even supposed to be up in the majors last year! This past year marks the third time in seven seasons in which 10 or more have scored at least 50 runs and only four of the hitters in this class reached the number averages by qualifying hitters (77) and again one of those, Juan Soto , wasn’t supposed to be up in 2018.

Since it was brought up, here is a comparison of 2018 rookies versus qualifying hitters from last year (hitters with 3.1 at bats/team game played) and their averages:

These tables clearly illustrate the point trying to be made in this piece, drafting rookies is a crapshoot and are players that shouldn’t be relied upon for the foundation of your team, unless you are in dynasty leagues and you are stashing for future seasons. Re-draft leagues make it tough to reliably count on rookie production carrying you anywhere near the money.

However, if you haven’t gotten the point in the tables, how about a look at ADP. Yes, it’s early yet but looking at ADP now is a good idea since the hype train on a lot these guys is highest since spring games haven’t started and roster spots haven’t been declared yet. Looking at Vladimir Guerrero Jr. first, since he’s the most-hyped player, he has an ADP in the NFBC of 38.26 which makes him 37th overall regardless of position and sixth among third baseman. Guerrero has all the makings of a great player, but he could still fall on his face in the majors out of the gate and with guys like Anthony Rendón , Eugenio Suárez , Miguel Andujar , Matt Carpenter , Josh Donaldson , Justin Turner , and even Wil Myers and Rafael Devers all behind him, waiting it out at a deep third base, unless you’re in a dynasty league, makes the most sense. Victor Robles and Eloy Jimenez are both touted impending rookie outfielders and they currently have ADPs of 98.96 and 107.5 respectively. There is a chance that neither guy is up to start the season, especially since both of their teams are still in the hunt for Bryce Harper or potentially A.J. Pollock and with Mallex Smith , Joey Gallo , Michael Conforto , Dee Gordon , Wil Myers , Yasiel Puig , Michael Brantley , and even Pollock behind them in ADP, why take an unproven guy over those proven, productive vets?

Like the hitter class, there were again a very large amount of rookie arms to come up in 2018 and even limiting the qualification to more than 40 innings pitched, there were still 82 hurlers that met or exceeded that qualifier. Once more, while the number may have been bigger, that didn’t necessarily translate to better seasons than the last few years.

While the games pitched is the highest of the last six years (and seven going back to 2012), the starts, IP, and wins were all the lowest in that span and ERA and strikeouts were the second-worst as well. Now, the drop in games started can be attributed to how teams are using their pitchers in general and the fact that they are more likely to call-up starters to function as bullpen boosters than as rotation pieces now. The bullpen argument also explains why this class had one of the best K/9 rates of late since their stuff is playing up in the short outings that involves the pen.

For the pitcher comparison we are working with a smaller sample size for qualified pitchers since a pitcher only counts as qualified if they hit the one IP/team game played barrier (162 innings generally). There were only 58 such pitchers to do that in 2018 but it still stands as a reasonable comparison since the main point of drafting pitchers is to get innings and starts from them. Rookies actually pitched in more games on average than qualifiers did (38-33) but that is the only stat the rookies lead in. If the whole point of drafting a pitcher is to get innings and wins and starts and strikeouts and solid ERA, then looking at the comparison why draft a rookie starter?

Again, just like hitters, there are a handful of pitchers from 2018 that lived up to hype or could have bolstered your staff with great showings like Walker Buehler , Brad Keller , Jack Flaherty , Jordan Hicks , and Josh Hader . But once more we’re talking about a few guys out of an 82-man class which is like searching for the proverbial needle in a haystack to find the right guy.

Let’s turn to ADP on the pitching side to see if the same things are happen with the arms as they are with the bats. The highest-ranked rookie pitchers, as of mid-January, in the NFBC are Álex Reyes and Yusei Kikuchi with Josh James coming in third with ADPs of 180.4, 180.6 and 211.6 overall respectively. That ranks them 68th, 69th, and 78th in pitchers (regardless of starter or reliever) but it still leaves players like Jon Lester , José Quintana , Sean Newcomb , Jake Arrieta , Alex Wood , and Dellin Betances ranked behind that group.

Taking rookies should really only be part of your strategy if you are in a dynasty league or a deep keeper league with benefits for taking fliers late in the draft. Every year there are new and more hyped guys that come through the ranks and this past year was no different but yet again they didn’t pan out for the most part. Remember Scott Kingery, Colin Moran , Lewis Brinson , Ronald Guzman , Harrison Bader , Jorge Alfaro , Jake Bauers , Willy Adames , Ryan McMahon , or Austin Meadows from the pre-draft hype last year and all of those guys were serviceable at best and some you couldn’t even roster without feeling like you were losing a roster spot. Looking at the rookie rankings in our draft guide has some tantalizing names for 2019, but that won’t change what we know to be true: If you can see your way clear of not having to need the newest and shiniest things, your fantasy baseball drafts will go a whole lot better than the guys and gals that load up on those hyped rookies.