Justin Vreeland goes over the scoring and format of BB10 Leagues and which second baseman are the best and worst plays for those formats. 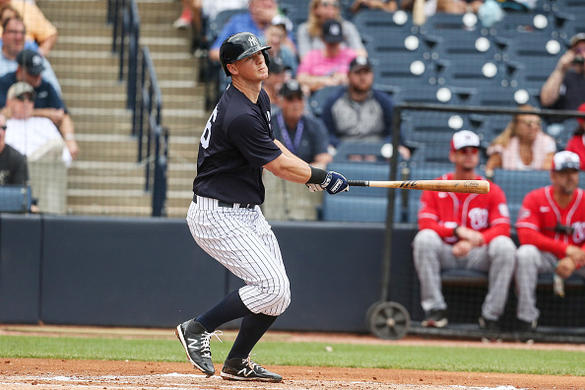 Welcome to the fourth edition of the second base preview! This week will be part one of a two-part best ball series. I personally love playing in many best ball leagues and find there are many different strategies you can take that lead to hitting the money. This week we will take a look at BB10’s and how to go about drafting the second base position. Next week we will take a look at RTSports in the same way. There are a few other sites that offer the best ball format, but these are the two I play the most and would recommend either. Let’s dive in!

BB10’s are 12 team leagues that use a weekly points system. They offer three types of contest payouts: Top-3, 2X, and classic.

Key things to take note of (for second baseman):

As stated above, players who can play multiple positions are great for the best ball format because it gives you a better chance at a higher scoring optimized lineup. Of the second baseman being drafted in the top-20 (at the position), six of them play only second base: Jose Altuve , Ozzie Albies , Keston Hiura , Cavan Biggio , Gavin Lux , and Brandon Lowe . Of those same top-20, three of them are eligible at three positions: DJ LeMahieu , Max Muncy , and Jeff McNeil . It is wise to give all multi-position eligible players a slight bump in value (sometimes a big bump, depending on the site) and is something to keep in mind when playing in any best ball league.

DJ LeMahieu (1B/ 3B / 2B – ADP: 35.5) – LeMahieu is being selected as the fourth-second baseman off the board, but he was just 10 points shy of being the top-scoring player at the position last season. Not only was he nearly the top scorer last season, but he also brings that three-position eligibility to the table. He consistently hits over .300 and doesn’t walk a lot, which is perfect in this format. He is expected to hit leadoff for one of the highest-scoring offenses in baseball.

Jeff McNeil (OF / 3B / 2B – ADP: 64.5) – We love the three positions that he brings to the table and he is a hits machine. He is expected to bat leadoff for the Mets and should be in a prime spot to accrue a lot of runs scored. His poor stolen base rate from last season (5 steals, 11 attempts) does not matter in this format, so we just have to hope he keeps going for them.

Mike Moustakas (2B / 3B – ADP: 80.4) – I like the move to Cincinnati for Moustakas and he is slated to hit cleanup in what should be a high scoring offense. He will have plenty of RBI opportunities and his power will play greatly in The Great American Ballpark (Reds home field). His added 3B eligibility is a nice cherry on top to a nice value at his ADP.

Niko Goodrum (2B / SS / OF – ADP: 235.0) – I love a guy like Goodrum in this format for two reasons: cost and flexibility. With an ADP north of 200, he is very easy to land and he can play three crucial positions. If he has a good week, there’s a strong chance he cracks your lineup somewhere and drafting players like him allows you to draft more pitchers.

Gleyber Torres (2B / SS – ADP: 25.3) – Torres is a really good ballplayer, but he’s getting overvalued a bit here. He is being selected as the first second baseman off the board, but despite a great season last year, he finished as the seventh-highest scoring player at the position with 687 points. That was over 100 points fewer than Ketel Marte (799) and LeMahieu (789). Torres isn’t a terrible pick, but he is being overvalued and there are better routes to take.

Cavan Biggio (2B – ADP: 115.3) – I don’t want to keep beating a dead horse here, but I have no idea what people are thinking drafting this guy at 115 in this format. He sucks at hitting and draws a lot of walks… in a format where hits dominate and walks are useless. On top of that, he only plays second base! This is not only the worst second baseman you can take; he’s one of the worst overall values of any position in this format. He shouldn’t be going in the top-150 picks, let alone have an ADP of 115. Fade.

Brandon Lowe (2B – ADP: 157.9) – Like Biggio, there are many reasons to not like Lowe. He hit .270 last season, which is fine, but his .244 xBA tells me not to expect a repeat performance in the hitting department. Next, we have to consider playing time issues. He struggled against lefties last season (hitting just .242) and could easily find himself on the bench when the Rays face a lefty. If those two things aren’t enough, he also only plays second base.

G. Springer - CF
HOU1
Shi Davidi of Sportsnet hears the Blue Jays and free agent outfielder have "progressed beyond just talking" about an agreement.
Trying to parse what that means is anyone's guess, but it does sound as though there's at least some fire to the smoke that's been circulating regarding the Jays and Springer in recent weeks. It would be a huge boost for the Jays, of course, as the 31-year-old has been among the game's premier leadoff hitters -- and really, hitters in general, no caveats -- in recent years. In 51 games in the truncated 2020 season, Springer hit .265/.359/.540 with 14 homers, 32 RBI and 37 runs scored. The Blue Jays aren't the only team reportedly interested in the outfielder's services, but one might consider them a frontrunner at this stage.
Added 8:31 am (EST)
Added 8:31 am (EST)

T. Williams - SP
PIT
Pirates sent RHP Trevor Williams outright to Triple-A Indianapolis.
It seems highly unlikely that the 28-year-old hurler will ultimately accept the outright assignment, but there has been no word of his refusal and declaration of free agency just yet. Williams posted a troublesome 6.18 ERA, 1.57 WHIP and 49/21 K/BB ratio while serving up a league-leading 15 long balls in 55 1/3 innings for the Pirates during the 2020 season.
Added Yesterday 7:08 pm (EST)
Added Yesterday 7:08 pm (EST)

T. Pham - LF
SD1
Tommy Pham has sued San Diego area strip club Pacers Showgirls International after suffering "catastrophic injuries" as a result of being stabbed in the club's parking lot during an incident last month.
According to the lawsuit filed Tuesday, Pham said he was "trapped" inside the club as a result of a fight outside. Among other things, the suit alleges that the club's private security “escalated the risk” to Pham “by participating in the fight and antagonizing” the fight participants. Pham eventually left the club and was walking toward the valet stand when he was stabbed in the lower back “without any provocation,” according to the complaint. The injuries Pham suffered were non-life threatening, but the suit alleges he sustained “catastrophic injuries, which have and will continue to cause him significant economic damage." No arrests have been announced in connection with the stabbing. We don't have any other details on Pham's injuries or how they might affect his preparation for next season, but more information is sure to come out.
Added Yesterday 3:54 pm (EST)
Added Yesterday 3:54 pm (EST)

D. Straily - RP
FA
Craig Mish of Sportsgrid reports that "several" major league teams are interested in Dan Straily, including the Reds, Giants and Angels.
Straily had a disastrous run with the Orioles in 2019 but resurrected his career in Korea in 2020, posting a 2.50 ERA and 205/51 K/BB ratio over 194 2/3 innings for the Lotte Giants. It should allow him to return to the majors and join some team's rotation if he wants, although Mish says Straily is also considering remaining in Korea. He's expected to make a decision in the next week as to whether he'll stay overseas or return to the states.
Added Yesterday 2:22 pm (EST)
Added Yesterday 2:22 pm (EST)

J. Martin - CF
PIT
Jason Martin has elected free agency.
Martin cleared waivers after being designated for assignment by the Pirates, but he'll look for a gig elsewhere rather than accept an outright assignment. The outfielder was part of the package sent from the Astros to the Pirates in the Gerrit Cole trade back in January of 2018.
Added Yesterday 1:13 pm (EST)
Added Yesterday 1:13 pm (EST)

C. Sneed - RP
HOU
Cy Sneed has signed with the Yakult Swallows of Japan’s Central League, per Ken Rosenthal of The Athletic.
Sneed spent parts of the last two seasons with the Astros but has found a better opportunity overseas. Houston now has an additional 40-man roster spot to play with.
Added Yesterday 12:01 pm (EST)
Added Yesterday 12:01 pm (EST)

C. Sneed - RP
HOU
Multiple reports state that free agent right-handed pitcher Cy Sneed is being pursued by the Tokyo Yakult Swallows.
This is the same club that signed former Pittsburgh Pirate Jose Osuna recently. Sneed, 28, appeared in 18 games with the Astros in 2020, and he registered a 5.71 ERA, 1.85 WHIP and 21/10 K/BB ratio. He's been an up-and-down arm over the last couple of seasons, and a successful stint in Japan could help improve his stock going forward.
Added Nov 26 11:44 pm (EST)
Added Nov 26 11:44 pm (EST)

J. Osuna - 3B
PIT
Jon Heyman of MLB Network reports that the Jose Osuna has signed with the Tokyo Yakult Swallows.
The Pirates designated Osuna for assignment last week, and he's found a new home relatively quickly. The 27-year-old hit just .205/.244/.397 last year with four homers and a 16/4 K/BB ratio in 82 plate appearances. The year before, however, Osuna hit 10 homers with a .756 OPS in 95 games. If Osuna hits well in Japan, it certainly seems likely that he could be back in an MLB role in a year or two.
Added Nov 26 8:46 pm (EST)
Added Nov 26 8:46 pm (EST)