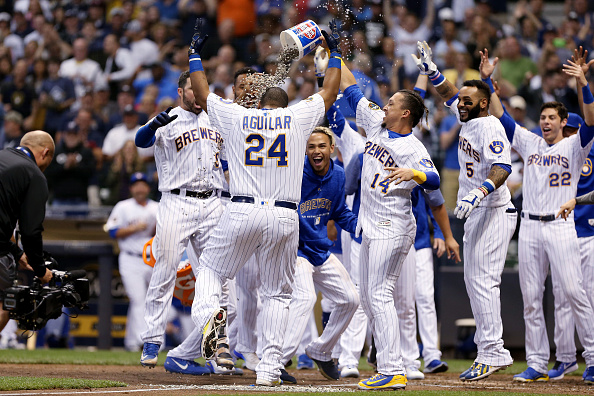 Jesus Aguilar 1B, MIL- Somehow Aguilar’s standard league ownership is currently under 80-percent as the Brewers first basemen is establishing himself as one of the leagues better all-around hitters.  Aguilar is currently hitting .302 with 17 home runs, 51 RBI and an OPS of .975 His stature should remind Brewers fans of the Prince Fielder days, granted Aguilar is a bit leaner, the power is just as present.  If for whatever reason you find Aguilar available in your league then I suggest you pick him up ASAP.

Devon Travis 2B, TOR-  Travis offers decent offensive upside at the second base position if he could just ever stay healthy.  After a slow start to the season the Blue Jays demoted Travis to Triple-A but since his call-up at the end of May he has started to swing the bat, hitting .294 with four home runs, 12 RBI and an OPS of .839.  Travis is a career .283 hitter with a per 162 of 18 home runs and eight stolen bases.  Second base has been a relatively shallow position this season after you drop down from the top tier so picking up a player with the offensive upside of Travis while he is starting to heat up could be an upgrade over what you currently have on your fantasy roster. 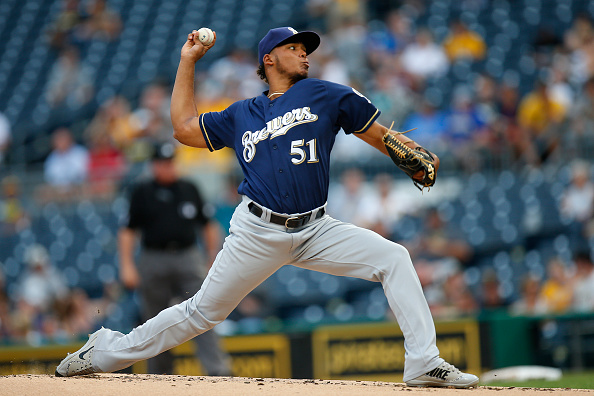 Freddy Peralta SP, MIL- This kid is putting on a show right now.  Peralta has tossed shutouts in three of his four starts, allowing a total of four earned runs over 22.2 innings while striking out 35.  His start on Tuesday was electric as he allowed one hit while striking out 10 over seven shutout innings against the Royals.  Peralta is owned in just 40-percent of standard leagues right now but I fully expect that to skyrocket come waiver day.

Carlos González OF, COL- Gonzalez is owned in just 26-percent of standard leagues which seems awfully low for a guy who will hit in the middle of the Rockies lineup against right-handed pitching.  The days of CarGo being an impact bat are winding down but he still has stretches of being an effective hitter like he has been for the past few weeks in which he has hit .300 with an .854 OPS.  On the year CarGo is hitting .275 with seven home runs and a .776 OPS.  At Coors this season he is hitting .329 with an OPS of .992.  I think he is worth a pick up just given his split stats and offensive upside of playing at Coors.

Gio González SP WAS- Gonzalez started the season like he finished 2017, posting a 2.67 ERA over six starts in April and posting a 1.47 ERA over five starts in May while going 6-2 during that stretch.  Unfortunately for Gonzalez the calendar turned to June where he is has been lit up by opposing hitters to the tune of 20 runs on 28 hits over 21.1 innings for an ERA of 8.44.  Gio’s last start was his worst of the season as he allowed six runs on three hits while walking five over an innings of work against the Rays.  His next start will come on Sunday against the Phillies who he has had success against this season but I will be hard pressed to trust him as a fantasy owner. 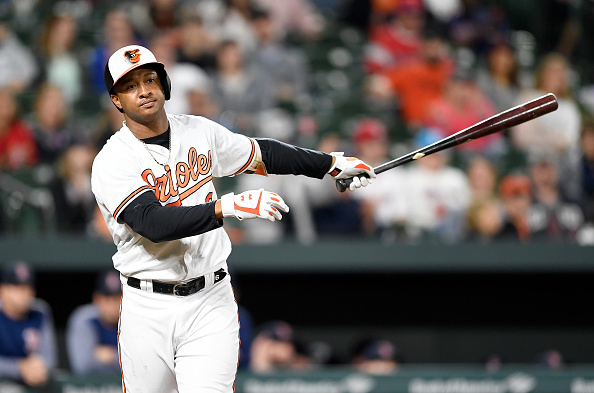 C.J. Cron 1B, TB- Cron got off to a fast start this season but over the last two weeks he is just 3-for-37 (.081) with one home run and two RBI.  On the year he is hitting .235 with 16 home runs and 38 RBI with the 16 home runs tying his career high mark, so while Cron is on pace to set new career high offensive numbers across the board he is also likely going to kill your batting average in the process of doing so.

Jonathan Schoop 2B, BAL- Schoop is owned in 68-percent of standard leagues.  A number that is rather shocking given the fact that he is hitting just .205 with eight home runs and 21 RBI.  Compared to Devon Travis who I wrote about above, Schoop has just three more home runs and six more RBI despite having 90 more at bats.  Schoop is hitting 28 points less than Travis and has an OPS that is 67 points lower as well. What I am saying is that those who own Schoop would be better off with Travis at this point in the season.

Greg Bird 1B, NYY- So many fantasy owners were awaiting the return of Bird from the disabled list in hopes that he would slot in the middle of the Yankees lineup and provide tons of home run upside.  Unfortunately none of that has happened as Bird is hitting just .186 with three home runs and five RBI through 27 games.  Bird is owned in about 30-percent of standard leagues and I am willing to bet the majority of those are fans of the New York Yankees.