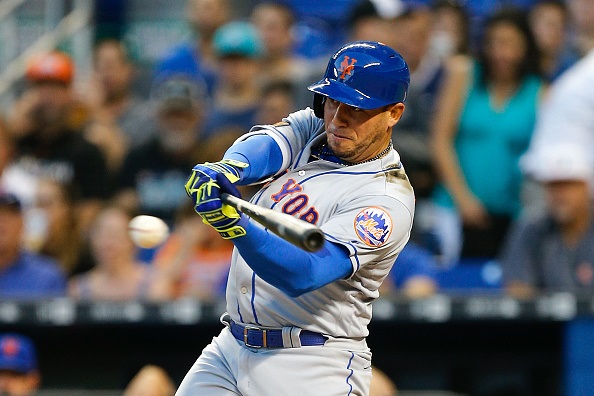 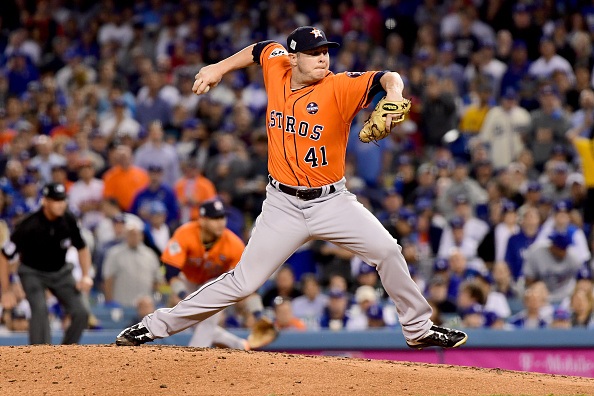 Brad Peacock, HOU SP, RP (66% ownership), FAAB Bid - $18-20 - It seems like it’s only a matter of time before Ken Giles is replaced from the closers role and Peacock could be the one who swoops in and takes the job. He’s been flat out dominant out of the pen this year, picking up a win, a save and a hold in just 5.1 innings. He’s also struck out nine opponents which was a common theme last season for Peacock as he posted an elite mark of 10.98 K/9. Let’s not overlook the fact that he could slide into the rotation, as he did last year, if anyone on the Astros staff goes down. He’s a must-own right now and for the remainder of the campaign.

Maikel Franco, PHI 3B (65% ownership), FAAB Bid - $13 - Competition has been a key in many players successes throughout their career and it seems like it’s making all the difference here as well. Franco, despite fighting off Scott Kingery for his job, has a .308 average, two home runs and 12 RBI. Franco has three very lethal hitters in their own right (Odubel Herrera , Rhys Hoskins , Carlos Santana ) hitting right in front of him providing him with plenty of run producing chances. He could get back to where he was during his rookie year when everyone thought he was the next big thing at third base.

Jeff Samardzija, SFG SP (68% ownership), FAAB Bid - $12 - Although he’s still hurt and isn’t coming off the DL this very second it doesn’t mean we shouldn’t jump at this early. He’s scheduled to make a minor league rehab start and if everything goes swimmingly there his next start could be at the Major League level. Samardzija was way better than some of his numbers would indicate last year. He was a high strikeout guy all year, punching out 205 opponents in 207.2 innings. Samardzija flashes elite talent but was simply beat by luck more than anything in 2017.

Asdrubal Cabrera , NYM, 2B, 3B, SS (42% ownership), FAAB Bid - $10 - The Mets have easily been one of the league’s biggest surprises thus far and it’s because of guys like Cabrera’s production they sit where they do. Cabrera has shown a ton of power already this year hitting three homers. Not only is he hitting for power, but for average as well as his average sits at .341. He’s had one hit or more in all but one game this season as well. His multi-position eligibility also plays a critical role in this pickup as he’s viable at five or six different spots on your respective rosters.

Bud Norris, STL SP, RP (16% ownership), FAAB Bid - $9 - Although the Cardinals brought in Greg Holland , Holland looked baaaad in his first outing with the Birds. Norris on the other hand, has yet to allow a run in four outings while picking up a save and a hold on the way. Before his injury last year, Norris was freakin’ dominant. He held opponents to a .184 AVG and a .248 wOBA while notching a 32-percent K-rate. Norris is worth the add in all holds leagues and if Holland continues to struggle, Norris becomes a must own because he’s the next man up.

Steve Pearce, TOR OF (8% ownership), FAAB Bid - $7 - Before Tuesday night, Pearce homered in three straight games and has been simply on fire. Pearce has been playing so well of late he’s even led off in a few games. The Jays outfield is pretty crowded, but there isn’t any reason to think Pearce won’t continue to see at-bats if he’s having this much success. 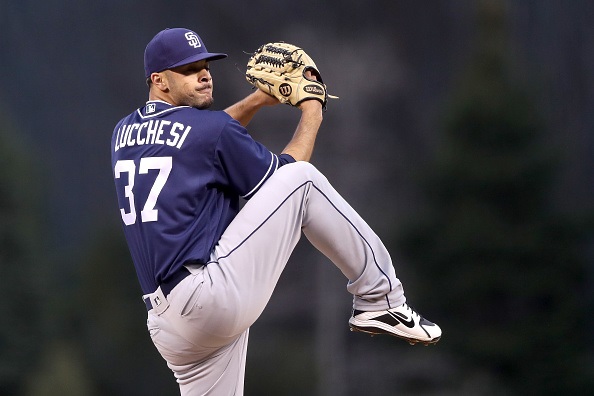 Joey Lucchesi, SDP SP (18% ownership), FAAB Bid - $6 - If you haven’t taken noticed yet, Joey Lucchesi has big strikeout stuff. Although he hadn’t pitched above Double-A before this season, Lucchesi struck people out at every level. He’s struck out 15 batters over his last two starts spanning 11 innings while allowing zero earned runs. Lucchesi has the luxury of pitching his home games in San Diego as well, so that’s just another bonus of claiming him off of waivers.

Brian Goodwin, WAS OF (3% ownership), FAAB Bid - $2 - Goodwin  isn’t someone I’m suggesting will be someone playing everyday for the long term, but for the interim that will likely be the case because Adam Eaton landed on the DL this morning. Goodwin led off on Tuesday night and could slot into the top of the order until Eaton is back, at least against right-handed pitching. Goodwin has only had 21 at-bats this season and has already swiped two bags, so he can hit for some power and steal bases, both categories everyone needs more of.

Brock Holt, BOS 2B, 3B, OF (1% ownership), FAAB Bid - $1 - Holt is a short-term solution for the Red Sox and can be just that for your fantasy team as well. He’s not as bad as his 0-for-10 start at the dish indicates and everyone knows that. It’s great he can play multiple positions and it’s only a matter of time before we can add shortstop to his eligibility as well. He’s a stop gap for team’s suffering through the loss of Xander Bogaerts . Not too long ago he had back-to-back seasons hitting .280 or better, so the hits will come and they’ll likely come in bunches.