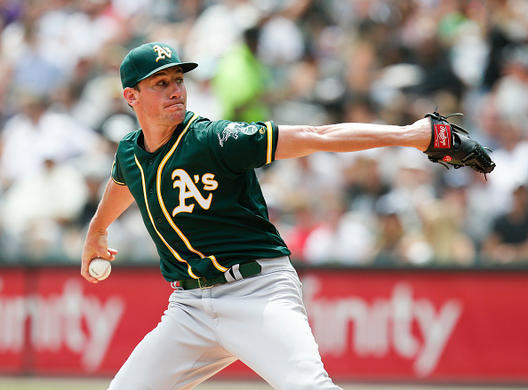 Chris Bassitt SP OAK; FAAB Bid: 10-12% - Bassitt has some great matchups on the horizon. Later today he’s pitching at home against the Giants and then next week he has a road tilt against the Royals and then he avoids a weekend series against the Yankees in the Bronx, before coming home for a potential two-start week against the Angels and Tigers. So it’s safe to say he’s lined up for some great opportunities at the moment, but that could change. Since the All-Star break Bassitt has a 2.36 ERA with a 4-1 record and five quality starts in his last seven appearances. He can easily go six or seven innings in any given start so he’s viable in shallower leagues. 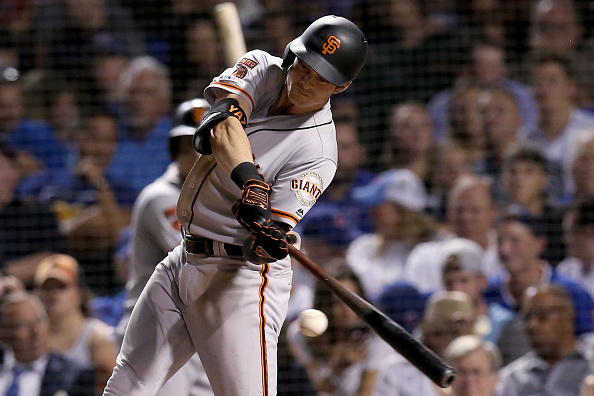 Mike Yastrzemski OF SF; FAAB Bid: 10% - Baby Yaz is no longer a sleeper in fantasy baseball, but he hasn’t cooled off either and his ownership is still relatively low enough where he’s available in shallow leagues. Since August 8th he’s hitting .340 with a 1.261 OPS, but just know he doesn’t walk very much. In that span he has seven dingers, a triple, and three doubles with 13 RBI and nine runs scored. He’s been by far a better hitter on the road, but he’s got some good matchups at home this week against the sub-par pitchers of the Diamondbacks and Padres.

Nick Ahmed SS ARI; FAAB Bid: 7% - Ahmed has been kind of an all-or-nothing type hitter the last couple weeks. Since August 11th he’s 13-for-46 with six home runs, a triple, and two doubles. He has 15 RBI despite hitting in the seventh spot. Ahmed’s in the midst of his best season as a big leaguer player already setting career bests in home runs, runs scored, stolen bases, and RBI. His ownership should continue to rise as the fantasy playoffs approach.

Andrew Heaney SP LAA; FAAB Bid: 8-12% - Heaney gets a repeat appearance in the Waiver Advice column largely because he and Griffin Canning were both suggested on Wednesday, but then news broke that Canning was done for the year so it’s worth reiterating Heaney as the preferred add in shallow leagues. Since Heaney’s return from the Injured List he has been locked in with two wins, 24 strikeouts, five earned runs, and just one walk in 18.2 innings. He’s pitched deep in each of his last two starts going at least seven innings for each trip to the mound. He’s a two-start pitcher next week at home against the Rangers and Red Sox. The following week he draws the White Sox on the road so now is a really good time to pick him up.

Kevin Pillar OF SF; FAAB Bid: 5-6% - Pillar has quietly been one of the better hitters across the MLB landscape and you’d never know about it since he’s playing for the Giants. Over the past two-and-a-half weeks he’s hitting .397 with a 1.245 OPS and he’s attempted three steals (been caught twice though). Additionally, the power has been there with six home runs, a triple, and four doubles with 13 RBI and 15 runs scored. Surprisingly, despite the hot run, he’s still available in over 50% of leagues. He’s even viable in points leagues with a 9.7% strikeout rate since August 6th.

Freddy Galvis 2B, SS CIN; FAAB Bid: 5% - Since being claimed off waivers by the Reds, Freddy Galvis has been a pretty valuable addition to his new team. Since August 13th he’s 16-for-38 with three home runs, two doubles, seven RBI, and seven runs scored. He already has five multi-hit games in less than two weeks with Cincinnati with a 202 wRC+ in a small sample size. The Reds have moved him all over the lineup, but that hasn’t affected his ability to produce. Hopefully he can settle into the two-hole for the remainder of the season.

Nick Solak 2B TEX; FAAB Bid: 6-7% - Solak has gotten the call up for the Rangers and he managed to rip a home run in just his second career game on Tuesday and on Wednesday he hit a pair of doubles and scored three runs. Across the Triple-A level he’s hit a total of 27 home runs with 74 RBI and 79 runs scored in 115 games.  The Rangers are basically out of the playoff picture so they might as well call up their young talent and see what they’ve got. Solak will get playing time down the last six weeks of the season so don’t be surprised if he makes this article on Wednesday in the 10-or-12 team sections.

Jacob Waguespack SP TOR; FAAB Bid: 1% - This isn’t a player you should be flocking to the waiver wire for. There are some concerns, but he has three wins and three quality starts in his last five starts with a 1.93 ERA in that span. The discerning factor is the fact that his ERA is accompanied with a 4.39 FIP and a 5.21 xFIP. His next two starts are both against the Braves who flaunt one of the best offenses in the National League (and all of baseball for that matter), but this is a pitcher that just shut out the Dodgers across seven innings on Thursday night. I’m not in love with this suggestion, but he’s worth a shot in deeper leagues. 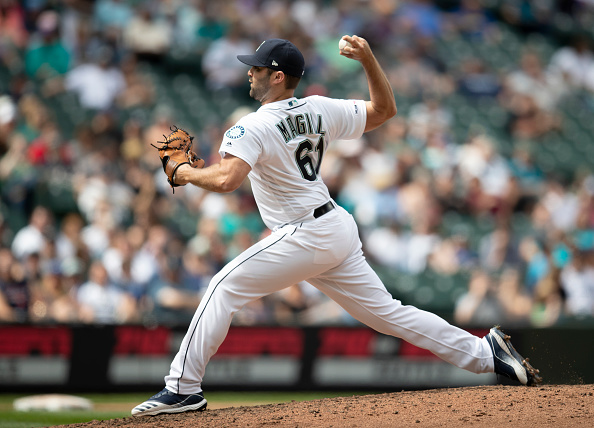 Matt Magill RP SEA; FAAB Bid: 3-5% - Similar to Waguespack, there’s some trepidation in picking this guy up. He was looking pretty good after recording saves last Saturday and then this past Tuesday, but he took the blown save and a loss on Wednesday against the Rays. The good news is that the Mariners went right back to him on Friday night and he locked the save up against the Blue Jays giving him three saves in the past week. The Mariners hinted at a closer-by-committee approach after the trade deadline, but Magill’s been getting all the rub lately so he’s the deep league reliever to add at the moment. 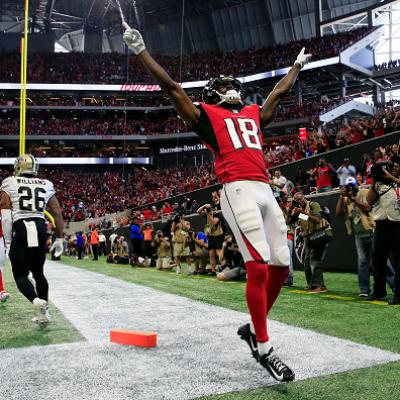 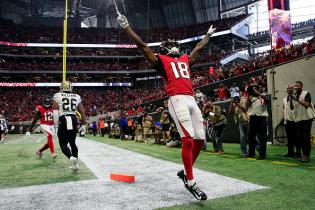 P. Goldschmidt - 1B
STL1
Paul Goldschmidt underwent surgery after the season to remove a bone spur from his right elbow.
Goldschmidt was sidelined a bit back in spring training by an elbow issue, but it never caused him to miss time during the regular season. However, he obviously decided to go ahead and get it taken care of. The first baseman should be able to have a relatively normal offseason.
Added 6:00 pm (EST)
Added 6:00 pm (EST)

K. Wong - 2B
STL1
Cardinals declined 2B Kolten Wong's $12.5 million option for 2021.
Wong regressed at the plate in 2020 after a strong showing in 2019, although he remains one of the better defensive second basemen in baseball. The Cards had been discussing an extension with Wong that would lower his AAV but keep him around longer. Obviously, the two sides weren't able to reach an agreement, but president of baseball operations John Mozeliak said Wednesday that both sides have "agreed to keep the door open" on a return. If Wong doesn't return, St. Louis figures to turn to Tommy Edman at second base.
Added 5:33 pm (EST)
Added 5:33 pm (EST)