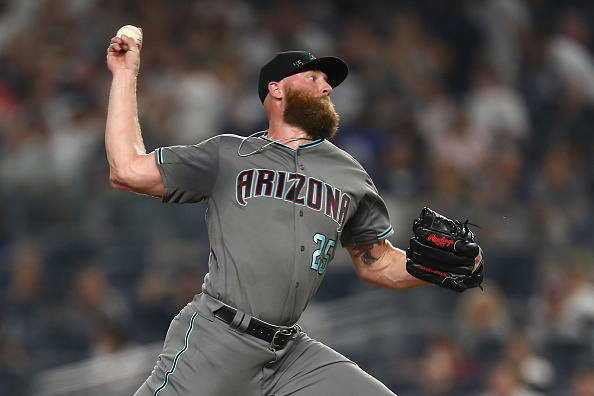 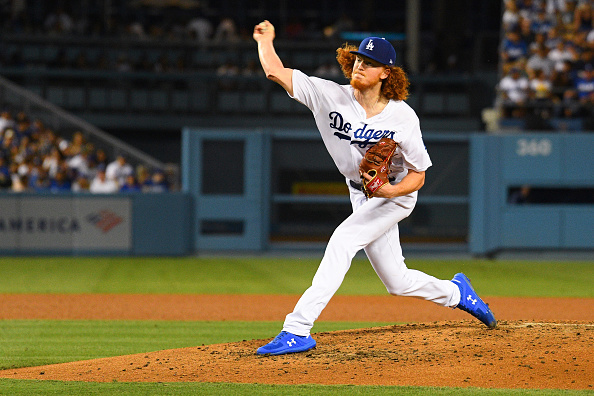 Dustin May SP LAD; FAAB Bid: 10-12% - It’s time to board the hype train with Dustin “Dusty Buns” May. He hasn’t made his second start yet (it comes later today against the Cardinals), but I like what this guy has to offer and the Dodgers rotation right now is a little beat up right now with Ryu, Stripling, and Hill on the injured list. There are plenty of opportunities for him to stick in the rotation and if you want to get a jump on next week, he gets a road start against the Marlins before a slightly more challenging stretch against the Blue Jays and Yankees.

Archie Bradley RP ARI; FAAB Bid: 7-8% - Typically, you shouldn’t target relievers that have an ERA just slightly under 4.00 who are also allowing a walk every other inning on average. However, Bradley does have the last two saves for Arizona and he has fantastic strikeout numbers and he’s allowed just three home runs in 50.1 innings of work. The Diamondbacks are a .500 team, but strangely just 2.5 games out of a Wild Card spot so they’re still in contention. With this in mind, I don’t think it’s smart to go with a closer carousel, so I’d expect them to go with the hot hand and that’s Bradley. And I’ll use this as an opportunity to remind everybody that Ian Kennedy is still available in a wide array of shallow leagues.

Wil Myers 3B, OF SD; FAAB Bid:  5-7% - I’m really struggling with some Stranger Things puns for this one. I’m trying to play off his name rhyming with Will Byers, but it’s early and I’ve got nothing. Myers hasn’t had a great season, but he’s gone on a nice little run over his last handful of games and I’m optimistic that he can finish strong. Since July 27th he’s hitting .353 with a .918 OPS with a home run, four doubles, and a stolen base. A lot of people forget that Myers has power and speed. Between 2016 and 2017 he had 58 home runs and 48 steals combined. Now the last two years he’s dealt with some injuries, but he’s still registered four straight seasons with double-digit home runs and steals. With Franmil Reyes out of the equation in San Diego there are more opportunities to get him in the lineup, but he’ll need to keep the strikeouts down.

Isan Diaz SS MIA; FAAB Bid: 12% - Diaz has been talked about in fantasy circles for weeks now leading up to his inevitable promotion to the big league roster. He’s an elite prospect for Miami and he showcased it in his first game where he ripped his first career home run off Jacob deGrom on Monday. That remains his lone hit in 11 plate appearances, but he has all the tools to develop into a great player. At the Triple-A level this year he had 26 home runs, 89 RBI, and a .973 OPS in 102 games. He may have some struggles at this level as is the case with prospects, but he’s worth taking a chance on for your playoff push.

Aaron Sanchez SP HOU; FAAB Bid: 5-6% - I was surprised by the stat line from Sanchez’s first start with Houston, but at the same time we really should not have been. In his debut on Saturday he didn’t allow any runs and surrendered just two walks in six innings of work with six strikeouts. Yes, the guy who hadn’t 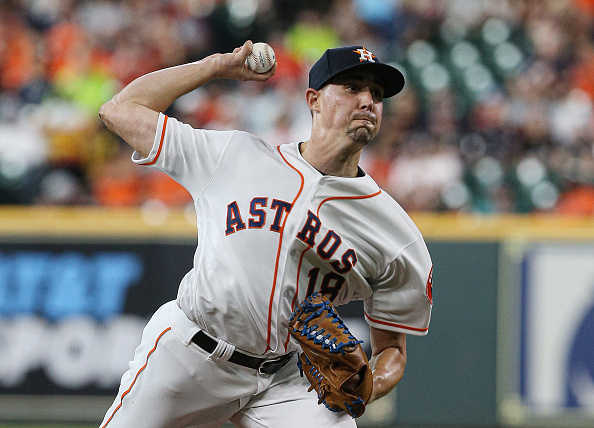 picked up a win since late April carried a no-hitter through six innings. The bullpen came in to finish the job and Sanchez got the win. It’s only one start, but keep in mind the Astros have a knack for turning pitchers around. Justin Verlander was trending in the wrong direction with the Tigers. Through his first 28 starts of the 2017 season he had a 3.82 ERA with a 3.51 K/9 and a 1.20 HR/9. In the month of September that year, he was acquired by Houston and finished the month with a 1.06 ERA, 1.32 BB/9, and a 1.06 HR/9. In addition to that he also saw his strikeout numbers increase. In his two years with Houston since the trade his ERA is under 3.00 and he’s averaging around 12.00 K/9. The same argument can be said for Gerrit Cole. In his final season in Pittsburgh he carried a 4.26 ERA and an 8.69 K/9. In his first two years with Houston his ERA, like Verlander, is under 3.00 and he’s averaging over 12.00 K/9. Houston just knows how to fix pitchers. Now Verlander, Cole, and Greinke are all elite arms who are far better than Sanchez. But Sanchez is the only one of these guys on waivers and he’s worth the gamble in the event Houston revitalizes his career.

Brian Anderson 3B, OF MIA; FAAB Bid: 5% - Anderson’s quietly been on a nice little tear lately. Since July 28th he has four home runs, eight runs, eight RBI, a stolen base, and three doubles to go along with the long bombs. Miami’s a bad team, but Anderson’s numbers have held their own this year. The batting average is down from last year, but his power numbers are up. He’s already set a career high in home runs and he should set a new career mark in RBI as well. He provides some position flexibility so if you need some help at third base, give him a look. 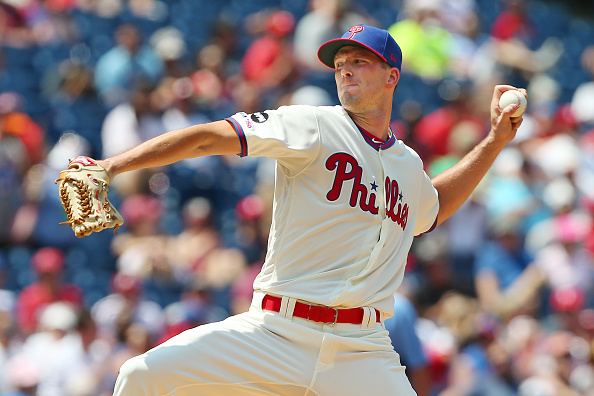 Drew Smyly SP PHI; FAAB Bid: 3-4% - I’ll try not to overreact to his last start, but it was bad. He only lasted five innings against the White Sox and he gave up five earned runs, four of which came from a grand slam in the second inning. But it does look like Smyly’s found new life with Philadelphia and you can get him for cheap or nothing at all. Since signing with Philadelphia he has 20 strikeouts in 18 innings and he’s allowed just four walks and 12 hits in that span for a sub-1.00 WHIP. He gets a road start against the Giants on Sunday to finish out the week before a more difficult contest next week against the Cubs.

Trent Grisham OF MIL; FAAB Bid: 2-3% - Here’s another “small sample size” player who has five hits in his last three games with a double and a home run. Across Double-and-Triple-A this year he had 26 home runs and a dozen steals. Not to mention, in 34 games at Triple-A, he had an absurd 1.247 OPS. Now that won’t happen in the majors, but there’s potential in Milwaukee’s ballpark and he’s in a great lineup. Playing time is a concern. Milwaukee will put an effort into playing Ryan Braun at first base (which is bad news for Eric Thames), which could open things up for Grisham to get playing time. Christian Yelich and Lorenzo Cain are fixed into the lineup for Milwaukee so his only opportunity for playing time is in left field. And there’s a ton of depth at outfield so Grisham isn’t a necessity add by any means, but he could contribute if the Brewers allow him to lead off.

J.D. Davis 3B, OF NYM; FAAB Bid: 2% - Since June 30th, Davis has a total of just 89 plate appearances. In some of those games he was just a pinch hitter, but in that span he has 11 multi-hit games and a 1.097 OPS. More recently he’s been getting more starts and he has two home runs and two doubles in his last four games. He’s available pretty much everywhere and while he isn’t a big name, he’s been finding his way into the lineup more and more with 12 starts since July 25th.