Dan Malin breaks down Melvin Gordon and what could be in store for the Chargers RB for the 2017 season. 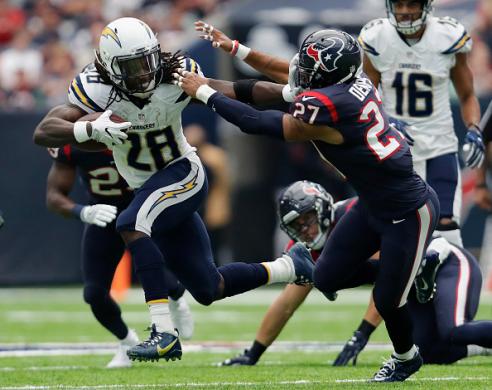 Melvin Gordon is a player that is currently going as a late first-round pick in most fantasy football mock drafts. To be fair, his potential is monstrous largely due to the volume of work he’s in line for. Gordon burst on to the scene last year after a weak rookie season as displayed below.

Even after his rough rookie season, he bounced back with a solid sophomore campaign, getting back in the good graces of fantasy owners. If you went into the 2016 season with the intention of not drafting Gordon because he burned you in 2015, then you really missed out on a value in the mid-rounds.  This season is lined up to be a monster year for Gordon, but it comes with some concern.

Fantasy owners really hope this guy is hungry, because he most certainly will be fed. The Chargers depth chart at RB is as follows:

Those aren’t household names by any means. Nobody on that list will be cutting into Gordon’s workload. Branden Oliver had a nice little season for himself in 2014, but he appeared in just eight games during Gordon’s rookie season in 2015 and missed all of 2016 after suffering a brutal achilles injury during the preseason a year ago. Nobody else on that list holds value while Gordon’s healthy, but if you play in leagues with deep rosters then they might hold value in the event that Gordon does get hurt. And that just so happens to be a fantastic segue to…

Along with his poor rookie outing in 2015, he also missed two games. Last year in 2016, he was injured early in Week 14 and burned you in the fantasy playoffs with a hip injury that forced him to miss the last three games. So for what it’s worth Gordon was healthy for the first 12 games. He had 251 carries with 41 catches through Week 13. If he can stay healthy he’s an easy candidate for 300+ touches at just 24 years old. It doesn’t appear that the injury is currently hampering him. In the Chargers first preseason game he touched the ball six times and then collected five touches for eight yards in his second preseason game to go with one catch for seven yards. The third preseason game will shed more light on Gordon and the offensive line. Part of reason that Gordon’s rushing yardage in game two was low, was due to a -9 yard run because of poor offensive blocking on the right side of the line. The good news is that, for now, his health is holding up, but he hasn’t yet proven that he can hold up for 16 games. 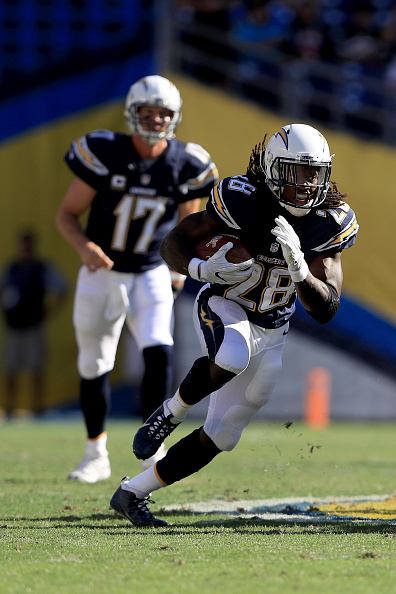 Last year was a big improvement for Gordon, but it remains to be seen how explosive he can be. He improved his yards per rushing attempt from 2015 to 2016 by going from 3.5 to 3.9 even with an atrocious offensive line. Sure the sub-4.0 yards per carry isn’t great by any means, but there’s a very telling stat as to why he was so valuable last season.

In his rookie year he had just five carries inside his opponent’s 10-yard line. In 2016 that number inflated to 29. Not only did Gordon score all of his touchdowns from rushing attempts inside the 10-yard line, but also nine of those rushing attempts came from within the 3-yard line. He also had an 18-yard touchdown reception and another short touchdown pass from five yards out.

So here at Fantasy Alarm we went through each and every one of his 254 rushing attempts. Please note these numbers do not include his receiving stats. Gordon holds significant value in PPR leagues because he averaged about 3.4 catches per game and a little over 10 yards per catch. The following numbers are based solely on what he did on the ground.

The numbers may point to the ineffectiveness of the Chargers offensive line. Pro Football Focus graded out the Chargers as the second-worst offensive line last season. They averaged just 1.5 yards before contact per carry last year, which is absolutely horrible. In Gordon’s defense he averaged 2.0 yards after contact, which ranked 16th among running backs last year. After losing rookie guard Forrest Lamp for the season there’s little optimism that this group can really improve.

Gordon’s an easy candidate for 300+ touches on the ground and he could potentially catch 50 passes this season. If he sees the projected volume he’ll certainly validate the first-round price tag. The offensive line will certainly frustrate fantasy owners and don’t be surprised if you see a lot of runs go for three yards or less. But if they get to the goal line, Gordon will be the guy they turn to and he’ll be used heavily in the passing game with Danny Woodhead out of the picture.