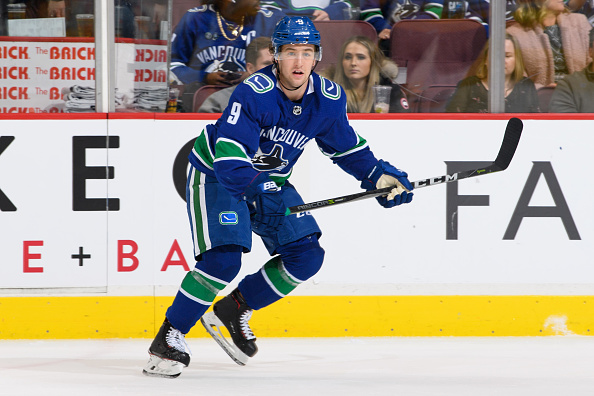 It was a trade that flew well under the radar on deadline day but the acquisition of Leipsic has already paid dividends for Vancouver. Acquired from the Golden Knights in exchange for defenseman Philip Holm, the 23-year-old Leipsic has already amassed six points (2 goals) in his first four games as a Canuck. He is playing with No. 1 center Bo Horvat and may be the best option at left wing (with Horvat and Brock Boeser) next season.

The Panthers have been on fire in recent weeks, so they are receiving positive contributions from a lot of different sources. Bjugstad, who has played mostly right wing this season after toiling mostly as a center during his NHL career, has looked revitalized in 2017-18. The towering (6-6, 218 pounds) Bjugstad has recorded six points in his last three games and is now on pace for a new career high in points. Pick him up, if available. 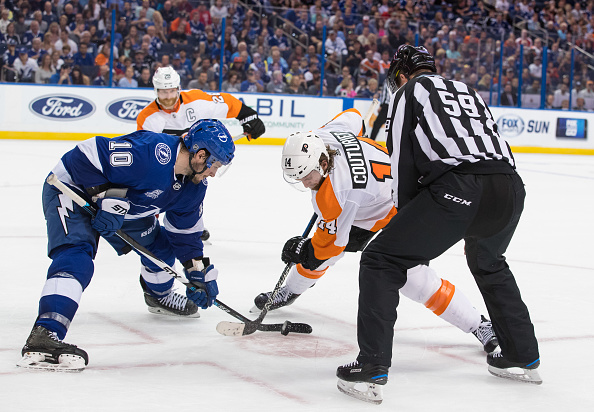 Another player who has benefited immediately from a deadline deal is former New York Ranger Miller, who has already looked like a perfect fit in Tampa Bay. Playing on the second line alongside Brayden Point and Yanni Gourde, Miller has produced five points in his first four games as a Bolt (including two multi-point efforts already).

The 24-year-old should thrive in Tampa and should be in keeper-league consideration heading into 2018-19.

This is perhaps the most interesting name on the list this week, mainly because Ryan is considered to be a player of diminishing returns (not just in fantasy hockey, but also at the NHL level). His contract ($7.25 million cap hit through 2021-22) is considered unmovable, so rumor has it the Senators will want any team interested in captain Erik Karlsson this summer to take Ryan as part of the trade. So, every point matters for all involved.

Usually, Nash is Boston's third-line center with modest fantasy buzz surrounding him. However, since taking over for the injured Patrice Bergeron on the Bruins' top line between Brad Marchand and David Pastrnak, Nash's game has taken off. With six points in his last four games, the 28-year-old pivot has now accumulated a career-high 34 points! He was never even this prolific in the NCAA ranks. Strike while the iron is hot in Nash's case.

The rookie winger has spent most of the 2017-18 campaign on the Kings' top line with established veterans Anze Kopitar and Dustin Brown (the current and former captains of the club, in fact). Obviously, Iafallo has earned the trust of his head coach (John Stevens) because his overall point total is modest, at best (64 GP, 9-15-24). That said, he seems to have figured things out on offense (Iafallo has 4 points in his last 3 games). 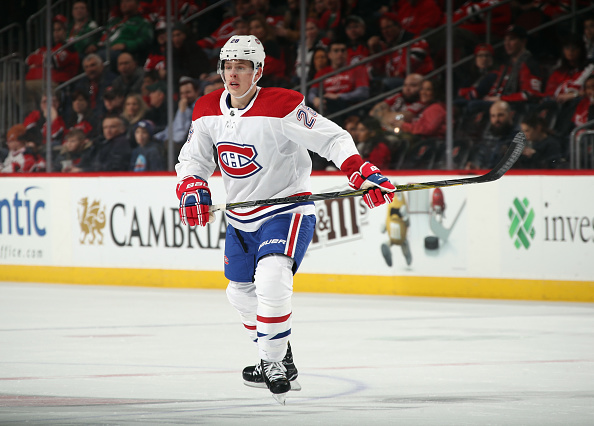 The fact that Reilly is starting to accumulate points regularly should not be a huge surprise, as offense has always been his trademark. That said, it is a little surprising that he is off to such a fast start with the struggling Canadiens, a team that has had issues scoring goals throughout 2017-18. The 24-year-old, whose father (also Mike Reilly) was drafted by the Habs in 1977, is a solid option down the stretch in most deep fantasy leagues.

With two points in his first three NHL games, while toiling as Tampa Bay's fourth-line center, Cirelli is merely scratching the surface of his potential as a quality, two-way pivot at the highest level. The 20-year-old might not hold a ton of fantasy value down the stretch, but keeper leagues should already know his name. As early as next season, Cirelli will probably graduate to the third line (or higher). Pick him up if planning already for 2018-19.

While Braden Holtby remains the No. 1 goalkeeper in Washington, Grubauer is beginning to put some pressure on the starter. In Grubauer's last four appearances (2 starts), he has registered an impressive 2-0-0 record with a 0.94 goals-against average and .965 save percentage. Furthermore, the German goaltender has won his last four decisions, overall. At this point, it is worth taking a flier on the 26-year-old Grubauer. Hey, you never know!

Keeper league alert! The Russian winger has already appeared in two NHL contests but could see a few more before the end of 2017-18. That said, he is merely on emergency recall and is expected to finish his season with the AHL's Grand Rapids Griffins. The 21-year-old has a bright NHL future, though perhaps not quite as bright as that of younger brother Andrei Svechnikov (who is projected to be a top-five selection in the 2018 NHL Draft).