Are Bestball drafts BETTER than Mock Drafts? Greg Jewett is here to break it all down on this weeks edition of Fantasy Trends and ADP! 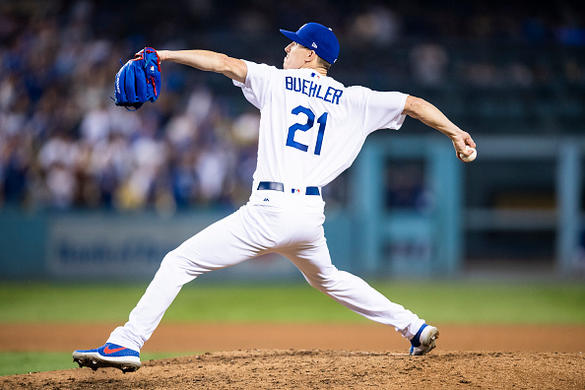 With the arrival of spring training games on television, what better way to celebrate the return of baseball than some drafts? For those who get frustrated participating in a mock when half of the room leaves after their first three-to-five selections, perhaps a Bestball league can be a viable option for those looking to prepare how to valuate players versus a mock.

Being a relative “newbie” to this format, Howard Bender invited the Fantasy Alarm staff to join a private league hosted by Fanball. Knowing the league rules remains a tantamount step to being successful. So, thinking this would be a traditional five by five setting, the start of the draft proved to be an eye opener.

Each team needed to draft 32 players to their roster, but only one catcher, first baseman, second baseman, third baseman, shortstop, two outfielders and four pitchers score each week. So starters who thrive in regards to innings, strikeouts and wins carry more weight. After listening to Justin Mason’s interview on Sirius XM with our hosts, it allowed me to change my draft process on the fly.

Starting pitchers, closers with a clear role and players who produce across the board need to be rostered. Then, filling in pieces to fill in behind them at each position will be necessary to survive the injured reserve all season, it still feels weird calling it this.

Before going through the roster, here’s the scoring system I did not view prior to the draft on FanBall:

Things started with a bang while drafting second. This spot proves to be a comfortable place having drafted from this spot already this year. Bender shocked the room, but not completely, by taking Mookie Betts first. This left Mike Trout , in the midst of his Age-27 season, to second overall. It took all of two seconds to pull the trigger on this pick. As the second-round pick approached, getting a pitcher seemed like the smart thing to do and Gerrit Cole joined the roster. Now, if knowing the heavy lean to stolen bases, my third pick would have been Starling Marte to pair up with Trout. If anyone can reach 20 home runs and 40 steals this year, with health, it could be Marte, without being a potential drain to average. Looking at you Adalberto Mondesí .

As the draft ensued and calibrating to the format, the rest of the roster took shape. Taking chances on high upside starting pitchers Walker Buehler and José Berrios seemed viable. Due to the Dodgers propensity to use the injury list, backing up Buehler later in the draft with Ross Stripling creates more upside. Given 20 starts, Stripling could pay off in this format. Like handcuffing closers, getting pieces of upside rotations on winning teams could translate to success.

For a first time draft in this format, it taught many lessons. Here’s my roster for full disclosure:

In an effort to insulate depth, Asdrubal Cabrera covers second base, shortstop and third. Adam Frazier can be used at second base or in the outfield. Joey Gallo owns first base and outfield eligibility to go with his prodigious power upside. If anyone can hit 50 this year, it’s him, Aaron Judge or Giancarlo Stanton . Feel free to leave any thoughts below or hit me up on Twitter (@gjewett9) and reach out if you try one, very interested in your feedback.

Or, on RT Sports: https://www.rtsports.com/baseball-best-ball

On RT Sports, their settings differ a little, so here’s the difference:

It’s fun, fast and intriguing to dabble in, especially for those who hate setting weekly lineups. Be sure to check back soon for a podcast with Mike Alexander (@RotoWan) to further delve into the Bestball format. Next week, this column will look at how draft values shifted in February.

J. Soria - RP
FA1
According to Ben Nicholson-Smith of Sportsnet, the Blue Jays are one of several clubs interested in free agent right-hander Joakim Soria,
The Blue Jays have been rebuffed by several free agents already this offseason, but they're still casting a wide net and looking to bolster several areas of their team. In addition to Soria, they are also known to have interest in relievers Brad Hand and Kirby Yates. The Athletics, Astros, Rangers and Angels are also known to be interested in Soria. The 36-year-old hurler posted a 2.82 ERA, 1.25 WHIP and 24/10 K/BB ratio over 22 1/3 innings. Whichever reliever they ultimately bring in, could potentially supplant Jordan Romano and wind up with the ninth-inning gig.
Added 2:51 pm (EST)
Added 2:51 pm (EST)

R. Ross Jr. - RP
FA
Tigers signed LHP Robbie Ross to a minor league contract.
The 31-year-old southpaw has logged 330 2/3 innings in 266 appearances at the big league level in his career, compiling a 3.92 ERA, 1.39 WHIP and 274/120 K/BB ratio. He hasn't pitched at the MLB level since appearing in eight games for the Red Sox in 2017 though and has spent the last two years pitching in independent leagues. It's a nice low-risk flier for the Tigers who desperately need to improve their bullpen depth.
Added 1:15 pm (EST)
Added 1:15 pm (EST)

K. Yates - RP
FA1
Kevin Acee of the San Diego Union-Tribune reports that the Padres are not expected to re-sign longtime closer Kirby Yates.
Acee notes that while the Padres were one of a dozen or so teams that were interested in the veteran right-hander, Yates is in the final process of considering offers from five teams and the Padres are not among them. The Dodgers are believed to be one of those teams in the mix as they had had "significant interest" in him. The 33-year-old right-hander is expected to land an incentive-based contract that would pay around $5 million. His fantasy value will be tied to where he ultimately winds up and whether or not he'll have a shot at working in the ninth inning.
Added 11:31 am (EST)
Added 11:31 am (EST)

T. Eshelman - RP
BAL
Orioles re-signed RHP Thomas Eshelman to a minor league contract with an invitation to spring training.
The 26-year-old hurler elected free agency in early December rather than accepting an outright assignment to Triple-A Norfolk. He'll rejoin the O's though where he'll compete for a spot on the Opening Day roster. Eshelman actually pitched pretty well in 2020 -- considering his complete lack of strikeouts -- compiling a 3.89 ERA, 1.24 WHIP and 16/9 K/BB ratio across 34 2/3 innings. He can continue to be ignored for fantasy purposes.
Added 10:50 am (EST)
Added 10:50 am (EST)

B. Buxton - CF
MIN1
Twins and OF Byron Buxton avoided arbitration by agreeing to a one-year, $5.125 million contract.
It was the second time that the 27-year-old outfielder has been eligible for arbitration after earning $3.075 million in 2020. Buxton had a major power breakout in 2020, slashing .254/.267/.577 with 13 homers, 27 RBI and two stolen bases (in three attempts) over 39 games. The tools have always been there, and as long as he's able to avoid the injured list he'll continue to be a valuable contributor in fantasy leagues -- despite the potential drain on batting average.
Added 9:54 am (EST)
Added 9:54 am (EST)