Matt Selz gives you a break down of the top prospects and which ones to watch for the Atlanta Braves Farm System in the latest MLB Farm Report. 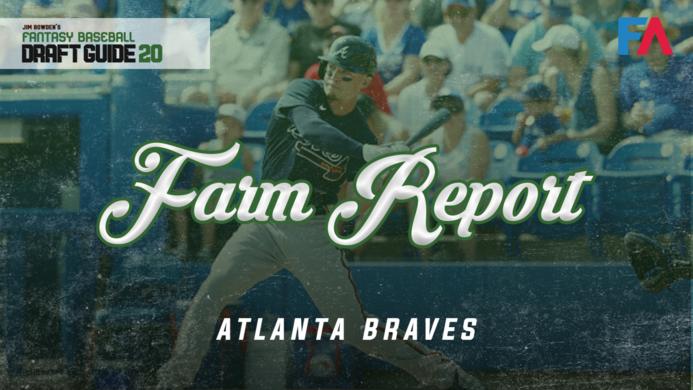 The Braves have consistently been one of the highest-ranked teams based on their top-100 prospects year after year and those top-100 prospects have been making impacts on their roster over the last few years. Ronald Acuna Jr., Ozzie Albies , Austin Riley , Max Fried , Mike Soroka , and Dansby Swanson have all come up in the last few years and performed well at the major league level. Now it’s time for the next bumper crop of talented prospects to work their way up through the system and there are some players that will be household names in short order, if they’re not already.

Waters is just the latest Georgia prep ranks outfielder to turn into a highly-regarded prospect in the last few years joining the likes of Austin Meadows , Clint Frazier , 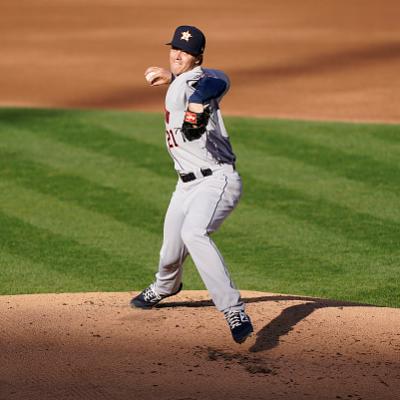 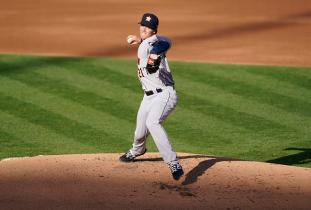 MLB Yoan Moncada gets day off Wednesday vs. Tigers

N. Burdi - RP
MIN
Nick Burdi (forearm) is going through platelet-rich plasma treatment.
The hope is that the PRP treatment will allow Burdi to avoid a surgical procedure on his strained right forearm. He was placed on the 45-day injured list on August 5 and is done for the 2020 season either way.
Added 1:37 pm (EST)
Added 1:37 pm (EST)

A. Kolarek - RP
LA
Dodgers optioned LHP Adam Kolarek to their alternate training site.
Kolarek has been up and down a number of times through the first three weeks of the 2020 regular season, and that will probably continue. Tony Gonsolin has been promoted in a corresponding roster move.
Added 1:04 pm (EST)
Added 1:04 pm (EST)

M. Bumgarner - SP
ARI1
Madison Bumgarner (back) is scheduled to play catch on Wednesday and throw a bullpen session on Thursday.
It's good news that Bumgarner has already been cleared to resume throwing after he landed on the injured list Monday with a mid-back strain, though questions remain about how he's going to regain some of his diminished velocity. The veteran left-hander has been lit up for 19 runs -- 18 earned -- through 17 1/3 innings (four starts) this season with the Diamondbacks, who inked him to a five-year, $85 million contract over the winter.
Added 12:52 pm (EST)
Added 12:52 pm (EST)

R. López - SP
CWS
Reynaldo Lopez (shoulder) is scheduled to throw a simulated game later this week.
Lopez already has a number of bullpen sessions under his belt, and the White Sox could begin trying to map out his return to the starting rotation if the simulated outing goes smoothly. The 26-year-old was placed on the 10-day injured list on July 27 after being diagnosed with a mild right shoulder strain.
Added 11:19 am (EST)
Added 11:19 am (EST)

A. Bummer - RP
CWS1
White Sox manager Rick Renteria said Wednesday that Aaron Bummer (biceps) is "doing better."
Bummer landed on the injured list last week with a left biceps strain and is still in the treatment stage of his rehab. If he is able to return this season, it probably won't be until September. The 26-year-old left-hander boasts a dominant 2.04 ERA with 72 strikeouts in 75 innings since the beginning of the 2019 campaign and scored a five-year, $16 million contract extension from the White Sox back this past offseason.
Added 11:14 am (EST)
Added 11:14 am (EST)

Y. Grandal - C
CWS1
Yasmani Grandal is getting the day off Wednesday versus the Tigers.
It's a routine breather for Grandal, who's off to a relatively slow start in 2020. James McCann will start at catcher and bat fifth Wednesday afternoon against Detroit left-hander Matthew Boyd.
Added 10:07 am (EST)
Added 10:07 am (EST)

Y. Moncada - 3B
CWS1
Yoan Moncada is not in the White Sox starting lineup on Wednesday afternoon against the Tigers.
White Sox manager Rick Renteria mentioned after Tuesday night's win over Detroit that Moncada was due for a bit of mental and physical rest. Ryan Goins will play third base and bat ninth versus Matthew Boyd.
Added 10:03 am (EST)
Added 10:03 am (EST)